New details in murder of Tomball woman at garage sale, including her final words and description of truck

Elizabeth Barraza said "good morning" to her killer before gunshots rang out at her own garage sale back in 2019, investigators say. 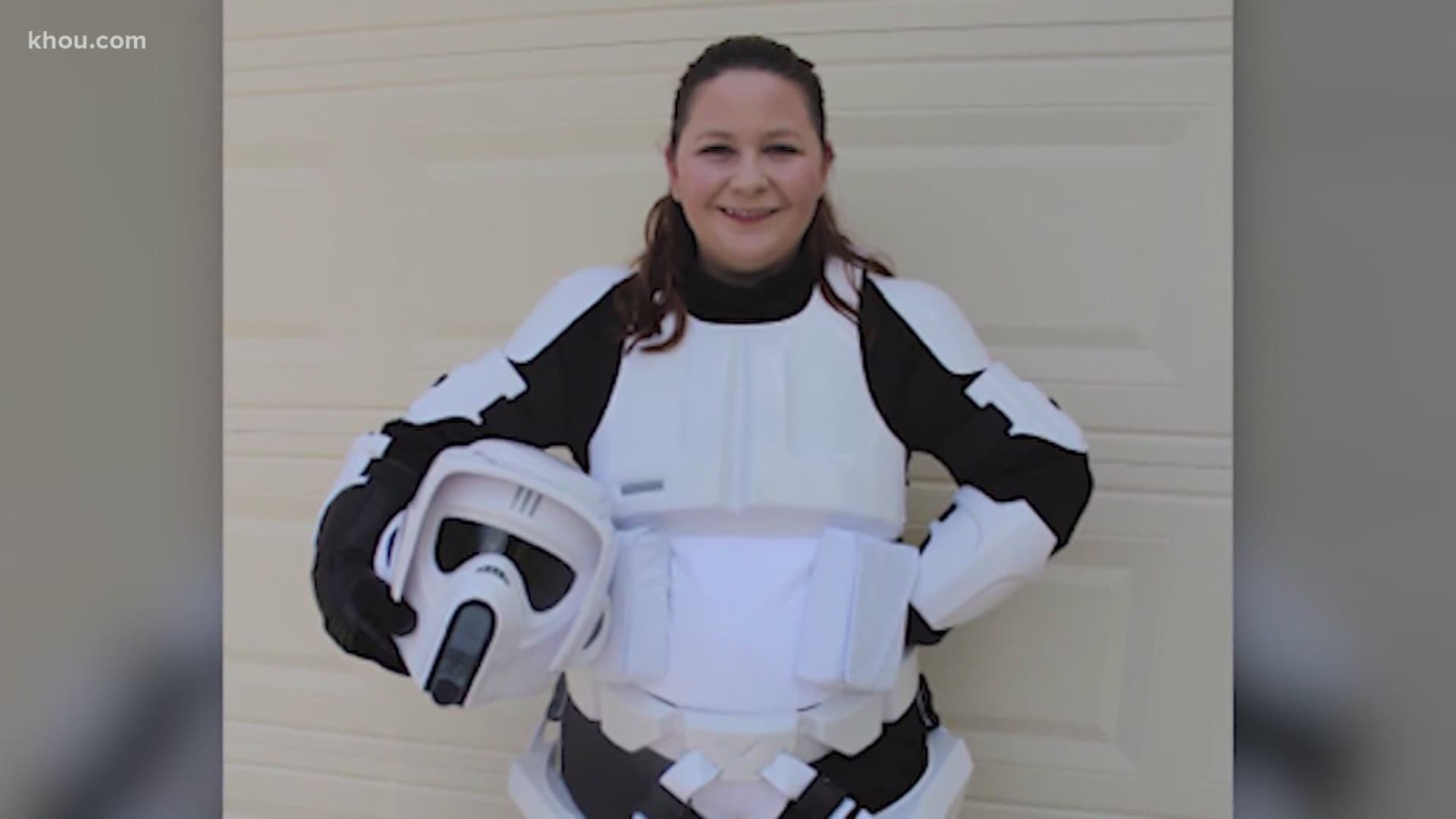 HOUSTON — A local murder case is getting national attention. New details were released about the 2019 murder of Elizabeth Barraza, 29, in an article in People.

“It’s things that haunt you, the last words she ever spoke," Bob Nuelle said.

Nuelle still is struggling with the reality that his daughter, who loved Star Wars and Harry Potter, is gone.

The Harris County Sheriff’s Office is now saying Barraza could be heard saying "Good morning” to her killer before the cold-blooded shooting in the driveway of her Tomball home in January 2019. Surveillance video shows someone walking up to the garage sale and opening fire.

“It tells me she didn’t know who it was," Nuelle said.

The conversation was muffled, but it was recorded on a home surveillance camera for a few seconds before Barraza was shot.

“She probably assumed they were a garage sale customer," Nuelle said. “She sounds like herself. Just like a very happy, cheery, 'Good morning.'"

The article also dives into a theory that the killer wasn’t working alone. Surveillance footage shows a Nissan Frontier truck coming back by the house after the shooting, investigators said they think it was to make sure the job was done.

“Them circling back and driving back by the house, literally a few moments later is proof there’s something bigger at work here," Nuelle said.

What makes the case even more puzzling is the work Barraza and her husband were known for. Among other things, they were known to make hospital visits with the 501st Legion, a nonprofit organization.

Nuelle is hoping the time that has past will help bring new information forward.

“Somebody that knows something, their circumstances may have changed," he said. “Certainly, with this pandemic, there’s a lot of folks that $20,000 would be a life-changing amount of money."

Also new, investigators were able to identify a decal on the suspect’s truck. It’s a 2013 (or newer) black, four-door Nissan Frontier with a PRO-4X sticker.

There’s also a new investigator on the case because the previous one was promoted. The family says they’re thankful to have the resources of both men.

If you have any information, call Crime Stoppers at 713-222-TIPS. You could be eligible for up to a $20,000 reward for information that leads to an arrest.