The children, ages one and two, were airlifted to UTMB Galveston to be treated for their injuries. Their parents were also hurt. 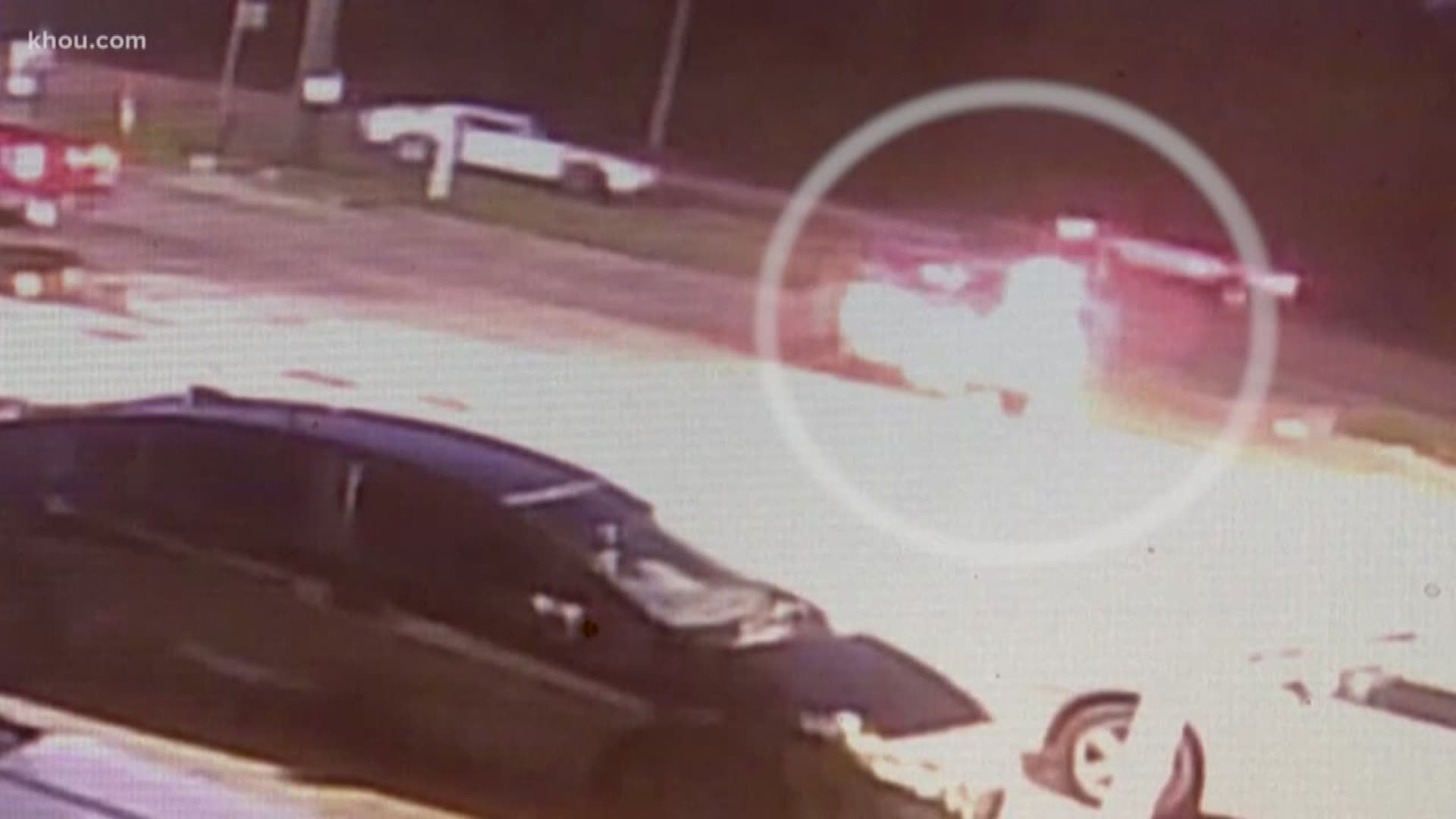 HOUSTON — Two children and their parents were burned when someone fired gunshots into their vehicle, causing fireworks inside to go off, according to the Harris County Sheriff's Office.

Investigators were at the scene late Thursday on Highway 249 near Ella where they said the shooting was the result of a road rage incident.

Sheriff Ed Gonzalez described it as a "horrific scene" on Twitter.

Watch below is surveillance video of the fireworks exploding inside the truck.

Investigators said the family was driving along when they got into a dispute with another driver. The two vehicles pulled into a gas station along Highway 249, and both male drivers got out and exchanged words.

That's when the suspect showed a firearm, so the father got back in his family's pickup and started to leave. The gunman opened fire on the truck, setting off the family's fireworks that they had just purchased.

The exploding fireworks set fire to the truck. Good Samaritans saw the fire and stopped to help the family escape, but not before all four people inside were burned.

The mother and father were taken to UTMB Galveston hospital by ambulance. Their children, ages one and two, were taken to Shriners Burns Hospital also in Galveston.

The sheriff said the toddlers both suffered severe burns to their bodies. They were listed in critical condition when they were taken to the hospital. 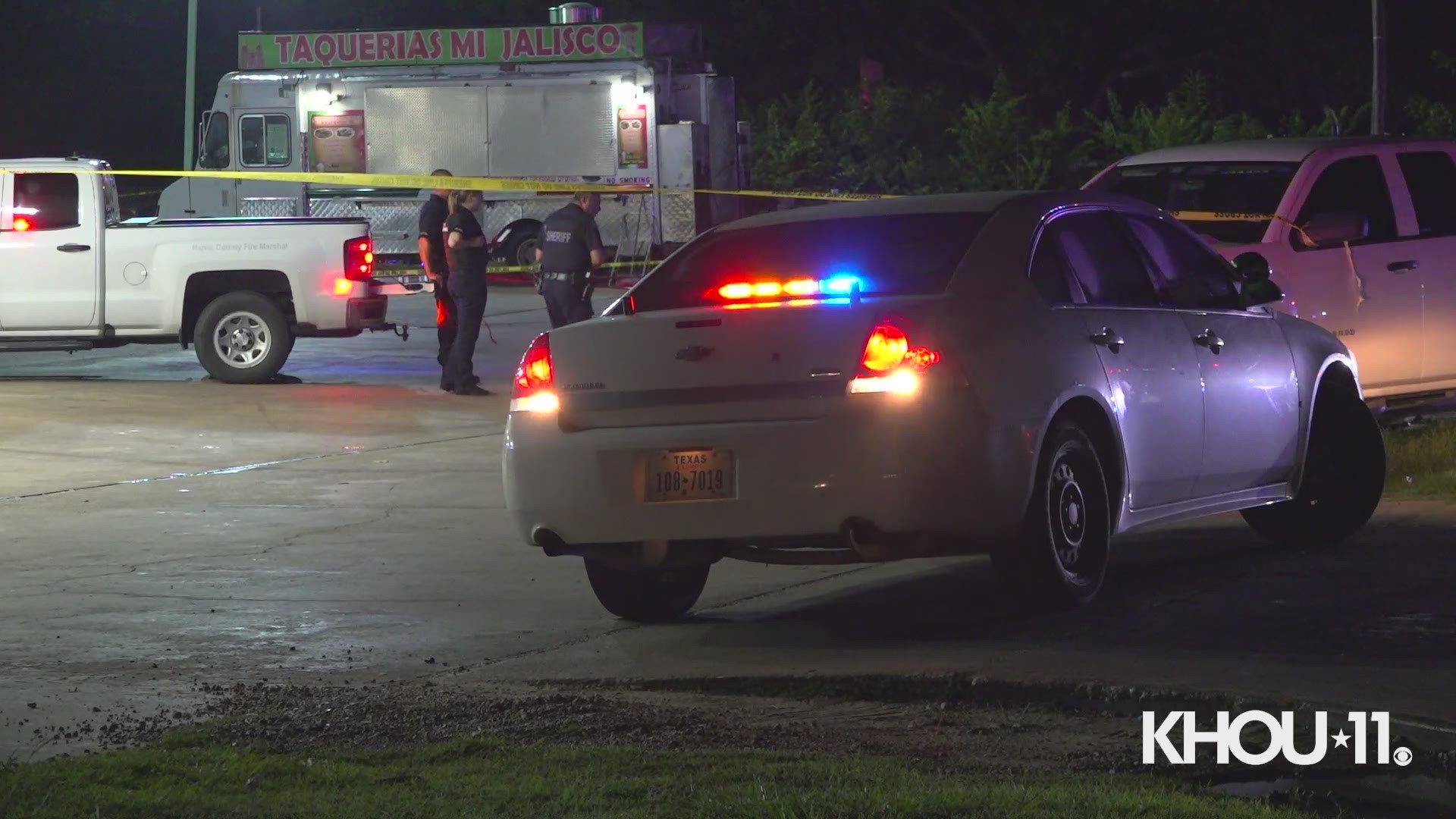 Investigators said the suspect was a man in his 20s who was driving a newer model, light color Ford Expedition. Witnesses believe there were possibly other people inside the suspect's SUV.

HCSO is leading the investigation into the shooting. Call Houston Crime Stoppers at 713-222-TIPS if you have any information.