The video shows someone with a mask and gun run up to the homeowner's door before he started pistol-whipping him, the homeowner said. 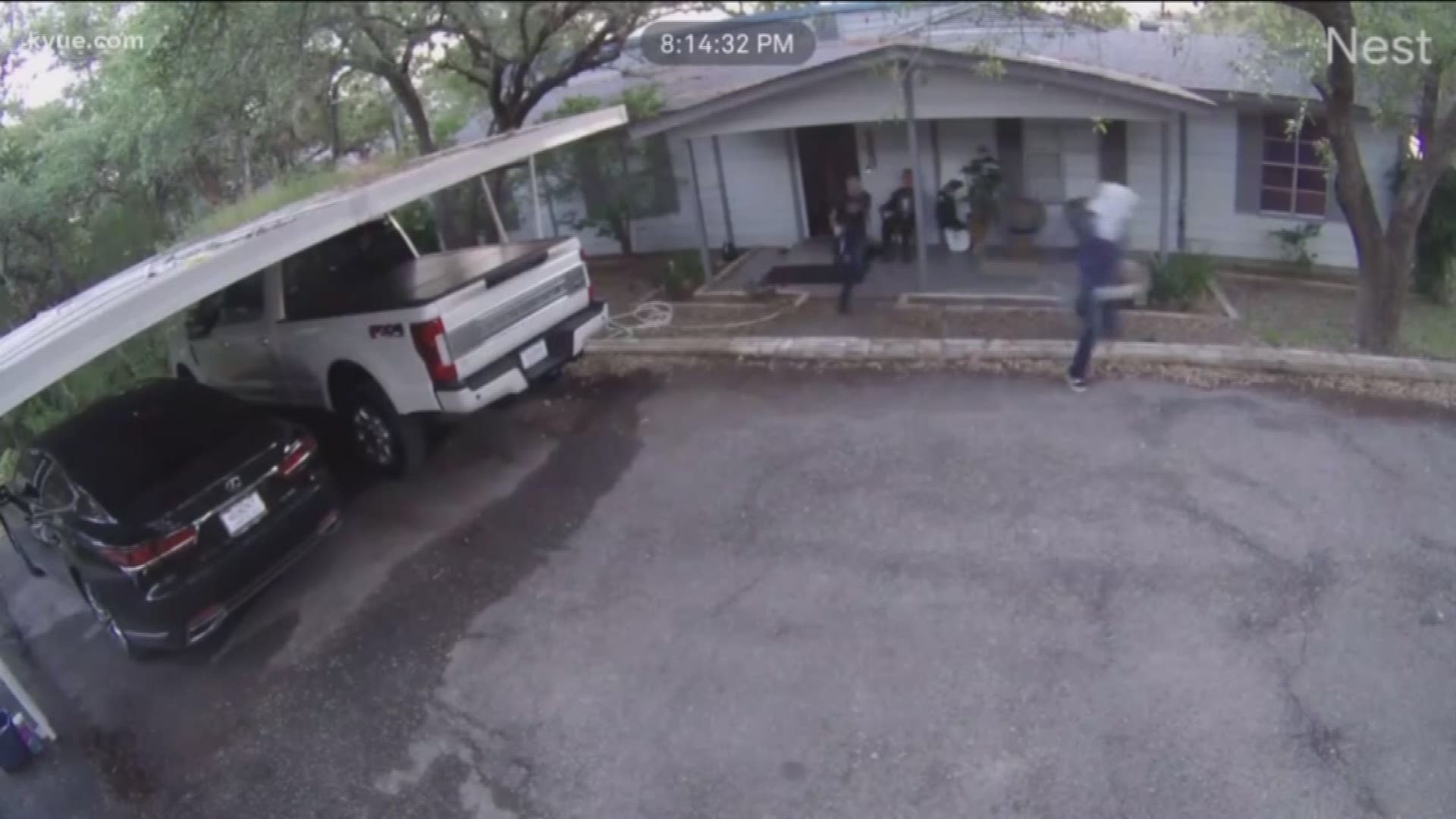 LAKEWAY, Texas — EDITOR'S NOTE: The above video states that this incident occurred in Lakeway, but it occurred in Travis County near Lakeway.

A Travis County man was left bloodied and bruised after a pair of would-be robbers allegedly pistol-whipped him while demanding money Thursday night.

The attacked happened just before 8:15 p.m. at a home on Lakehurst Loop and Bee Cave Road near Lake Travis.

Richard Bowsher, 76, told KVUE his dog began barking when an unidentified man walked up to his front door.

"This is a nice neighborhood. We don't have any trouble, so there is no reason not to answer the door," Bowsher said.

But for Bowsher, who has lived at the lakefront property for about five years, that knock on the door Thursday night was nothing but trouble.

"I opened the door, and he wanted to know if he could use a phone 'cause he was mowing a yard," he said. "I knew that was phony. There's no yards here to mow."

Within seconds, the guy at the door pointed a gun at his face and demanded money, Bowsher said. Moments later, another guy – wearing a mask and carrying a gun – came running through the door.

The audio of what happened next was captured on Bowsher's Nest surveillance cameras.

Then, Bowsher said, the pair pistol-whipped him until he managed to grab hold of one of the guns.

"I was getting tired of being hit in the back of the head," he said. "Started to get on my nerves, so I turned to stop him and it was a little bit more struggle than I guess they wanted."

Next, Bowsher can be heard yelling, "Michael, help me! Michael!" He doesn't think the attackers knew his 16-year-old son was home.

"When I yelled for Michael, I think they didn't want to deal with him running in on them. So when I did that, that's when things seemed to end pretty quickly," he said.

Shortly after, the pair ran out the door empty-handed and into a white SUV.

The attack left Bowsher with cuts and bruises to his face, head and hand. But it's not stopping from warning others: keep a close eye on who comes knocking at your door.

"I just hope they get off the street because as violent as they are, the next time, they're going to kill somebody. If somebody doesn't fight back, they'll kill 'em," he said.

A spokesperson with the Travis County Sheriff's Office told KVUE the case is under investigation and that no arrests have been made.

If you have any information, give the sheriff's office a call.

Construction workers console each other after man falls from Houston overpass