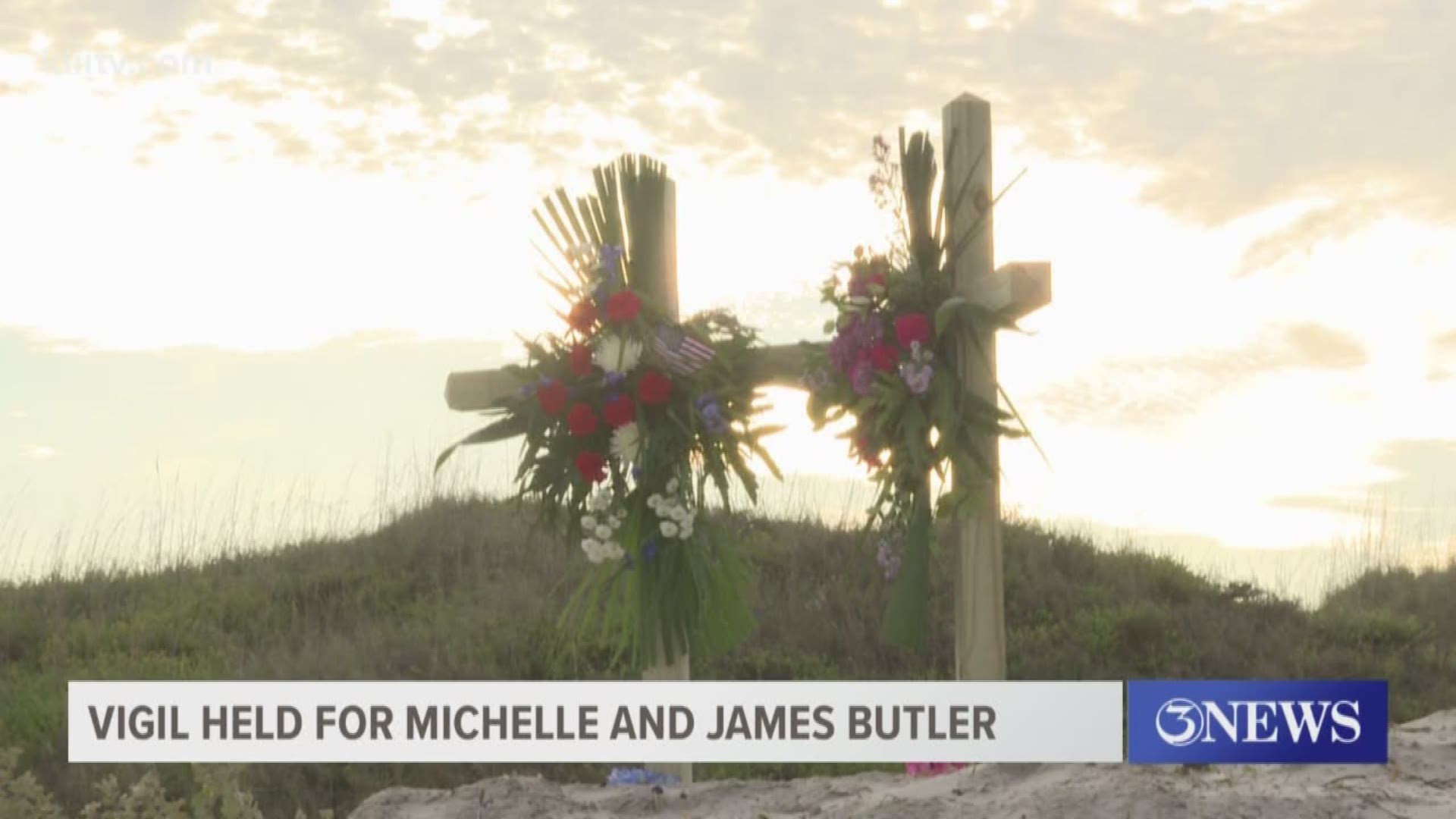 CORPUS CHRISTI, Texas — In wake of the positive identification of Jame and Michelle Butler's remains on Friday, some residents on Padre Island decided to honor the couple.

Chul Kim McGuire, along with others, set up crosses and donated floral arrangements near mile marker 263, where the couple's remains were found.

Complete strangers took time out of their Saturday to pay their respects while discussing how heinous the crime was; something that rattled the Island community.

While residents said they were shaken, they also said they will not let whoever did this control their emotions.

Taylor Crawford, who lives in an RV near the beach with her family said the tragedy has greatly affected their family because the Butlers were also living out of an RV. However, Crawford said they must stay strong and keep the Butler's memory alive.

"I hope that, the family gets comfort from this in knowing that we're not, we're not your family in Texas because y'all are from New Hampshire but we're thinking of you just because anyone who visits here loves it and wants to be a Texan," Crawford said.