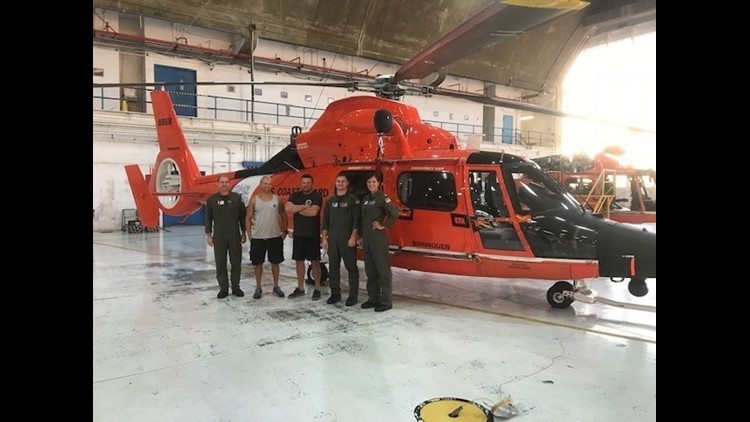 "This case demonstrates how being prepared beforehand can save your life,” Lt. Cmdr. Adam Mullin, MH-65 Dolphin helicopter aircraft commander said in a Coast Guard media release. “The survivor was in a life raft with a VHF radio, strobe lights, flares, a life vest, and an EPIRB, which made him highly visible and easy to locate. We were able to get on scene, quickly located the survivor, and rescued him with the help of our rescue swimmer."

Coast Guard watchstanders in Sector San Juan received a Mayday radio transmission from Smith at 3 a.m. Sunday. Smith told them he deployed and embarked his life raft after his 26-foot catamaran capsized and sank while traveling from Fajardo, Puerto Rico, to Samana, Dominican Republic.

They launched the helicopter from Air Station Borinquen to search for the reported distress and provide any needed rescue assistance.

The helicopter crew arrived on scene and found Smith on a life raft. The crew deployed its rescue swimmer, who was able to reach and secure Smith to the aircraft rescue basket and hoist him safely onboard the helicopter.