Those charged with securing the border are in-taking the migrants who cross it. But they're concerned about cartels taking advantage of the surge in people. 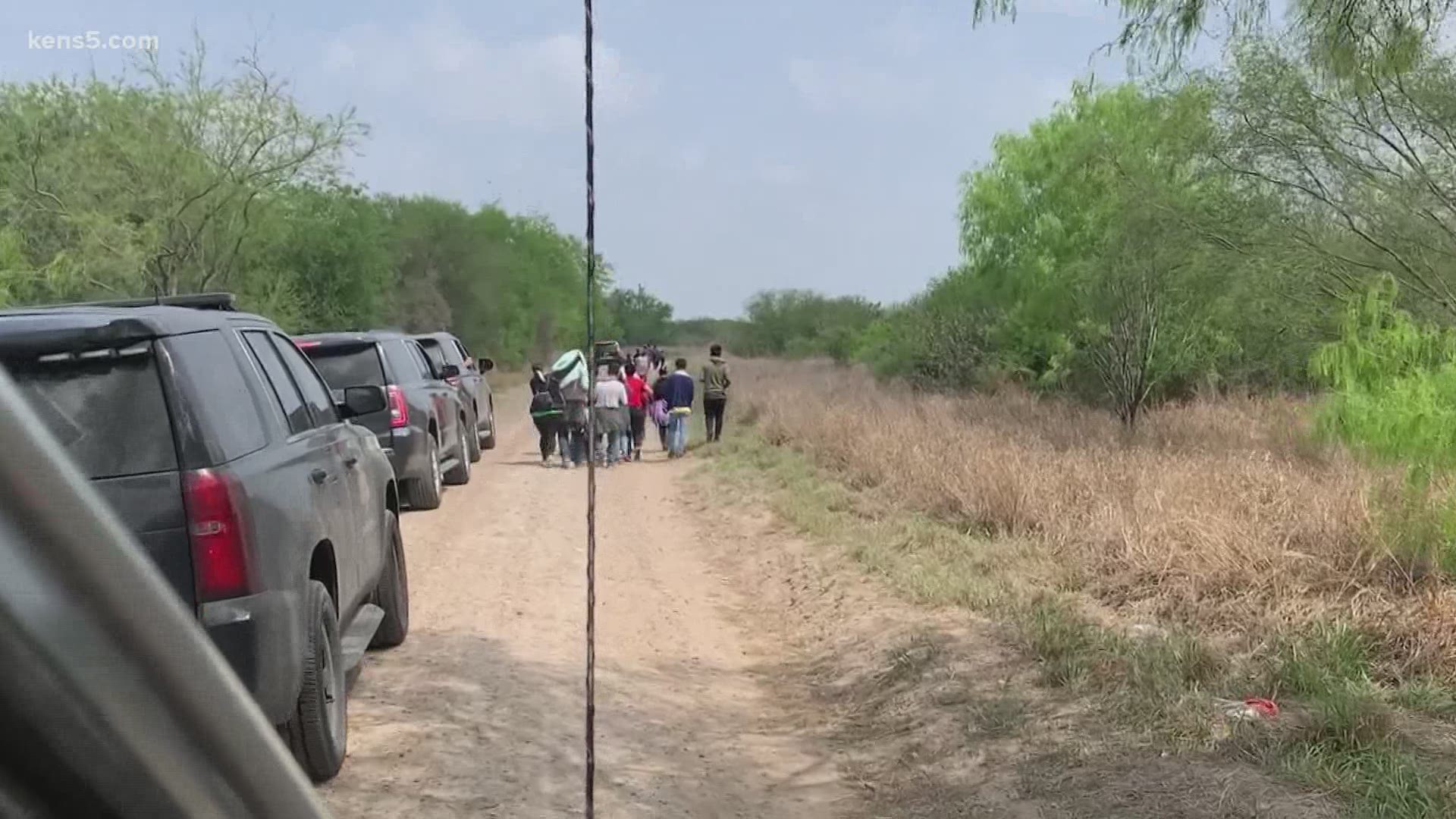 MISSION, Texas — The world wants to see what is going on along the U.S. Mexico border in the Rio Grande Valley.

There was a gaggle of us, journalists, who couldn’t be along the banks of the river at several points of migrant crossings without the escort of either local, state or federal law enforcement.

Texas Department of Public Safety troopers took us on a tour.

On March 6, Gov. Greg Abbott and DPS launched Operation Lone Star. What we saw on this day was part of that effort.

“We work hand in hand with U.S. Border Patrol, so the individuals that we do come across or the narcotics that we do come across gets turned over to them,” said Staff Sergeant Leo Palacios, with Texas DPS. “As far as preventing people from coming over, the majority of people that see our presence along this river usually deters individuals from coming over. At this point, some people are coming over and just turning themselves in and they get referred over to Border Patrol.”

DPS took us to one of the landings, a sandy area on the riverbank right by the water, where migrants often come into the United States. It was obvious the area was well-used, with many personal effects, trash, clothing and even IDs discarded or lost. From here, migrants make their way to the road and eventually into Customs and Border Protection custody.

As we drove along the banks, we saw many families making their way toward the CBP-controlled area.

We asked one family with a small boy why they came to the United States and what they expected.

“To give him a better future,” the mother mom said, referring to their child, adding the family wanted support, education and security.

CBP in the Rio Grande Valley sector serves 19 counties and does the math.

The agency says that, in February, their agents encountered 27,913 migrants.

In February of 2020, 6,703 people were apprehended, but officials say that isn't a fair comparison because of COVID-19 and other factors.

February 2020, we’re told, with 6,703 people apprehended, is not a fair comparison because of COVID and other factors.

But 2019 is. In February of that year, 25,366 people were apprehended, according to CBP statistics.

On Wednesday morning, Vice President Kamala Harris weighed in on the issue saying the crisis at the border is "not going to be solved overnight."

WATCH: @VP @KamalaHarris says the crisis at the border is "not going to be solved overnight."

“A lot of the migrants that are coming across – I say probably 90, 95% of them – are just coming across, and they want to come across as migrants. They're not involved in the drug-smuggling,” said Victor Escalon, DPS’s regional director for the South Texas Region. “But in there, close by, using that as a cover, you're going to have the cartel moving their product.”

DPS Sergeant Trent Price has been a part of other efforts on the border before. Now, he’s back on the river for this assignment.

“There's definitely two different battles, so to speak, to be fought,” he said. “Unfortunately, they are kind of comingled together because they will run like a group of people around the bend here and kind of distract BP and get everybody going that way. And then they'll easily push a raft across with narcotics on this side.”

We didn’t see any of that on this trip, and on this part of the river. But it doesn’t mean it didn’t happen somewhere else.

A lot is happening on the border right now. The world wants to see it. And this is just a small glimpse into one day.