Cuban has already promised a statue, now a mayoral hopeful wants to add a street name too. 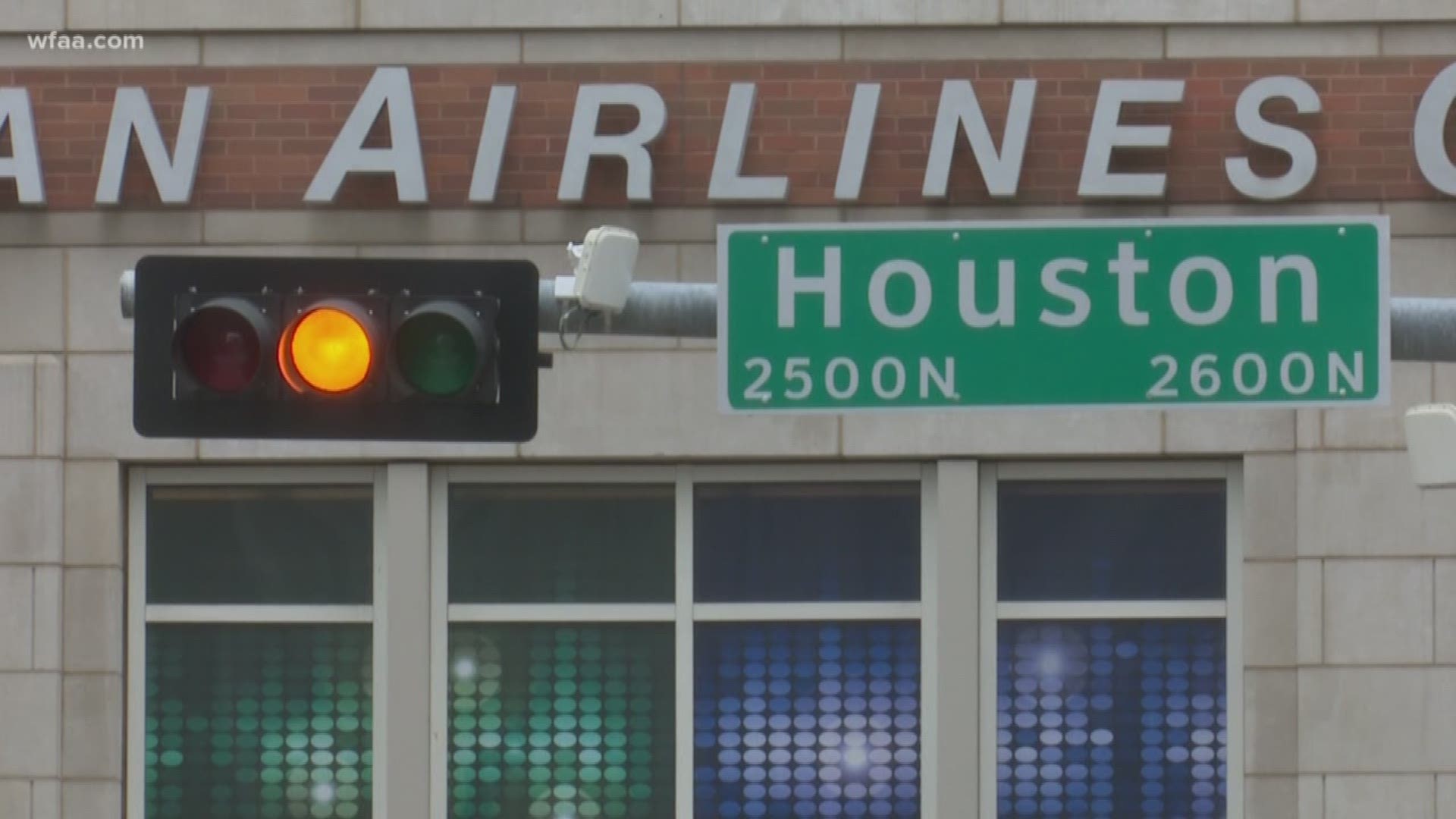 DALLAS — Dirk may be done, but the ideas on how to honor the face of the franchise in retirement and beyond abound.

One idea being floated during Nowitzki's final week with the Mavs - renaming a portion of Houston Street in front of the American Airlines Center.

Dallas mayor candidate, and current DISD trustee Miguel Solis says he thought of the idea while watching the final game for Nowitzki on Wednesday night in San Antonio.

"I think this an opportunity to be able to do something creative for our city," Solis said.

Solis says he would only look to rename the portion of Houston Street in front of the arena and is open to any name that reflects the contribution Nowitzki has provided to Dallas over a 21-year career.

"The most popular responses have been Dirk Drive and Nowitzki Way," Solis said.

He says right now he favors the idea of a Nowizki Way in Victory Park.

"To be great in this facility in our city, you got to play the "Nowitzki Way – you got to be the total player.”

Making a street name change is far from a slam dunk however.

First it requires a Dallas City Council member to initiate the name change process with the concurrence of, at least, two other council members.

That requirement can be waived however, if the three-fourths of the city council votes to approve.

Solis, who is running for mayor against eight other candidates ahead of the May 4th election, says it's something he would push for if elected.

"Dirk Nowitzki has been an essential element to what makes Dallas great," Solis said. "This is a great way for our city to ultimately give back to him."