Dripping Springs ISD is mask-optional, but one parent wanted to voice his concerns anyway. 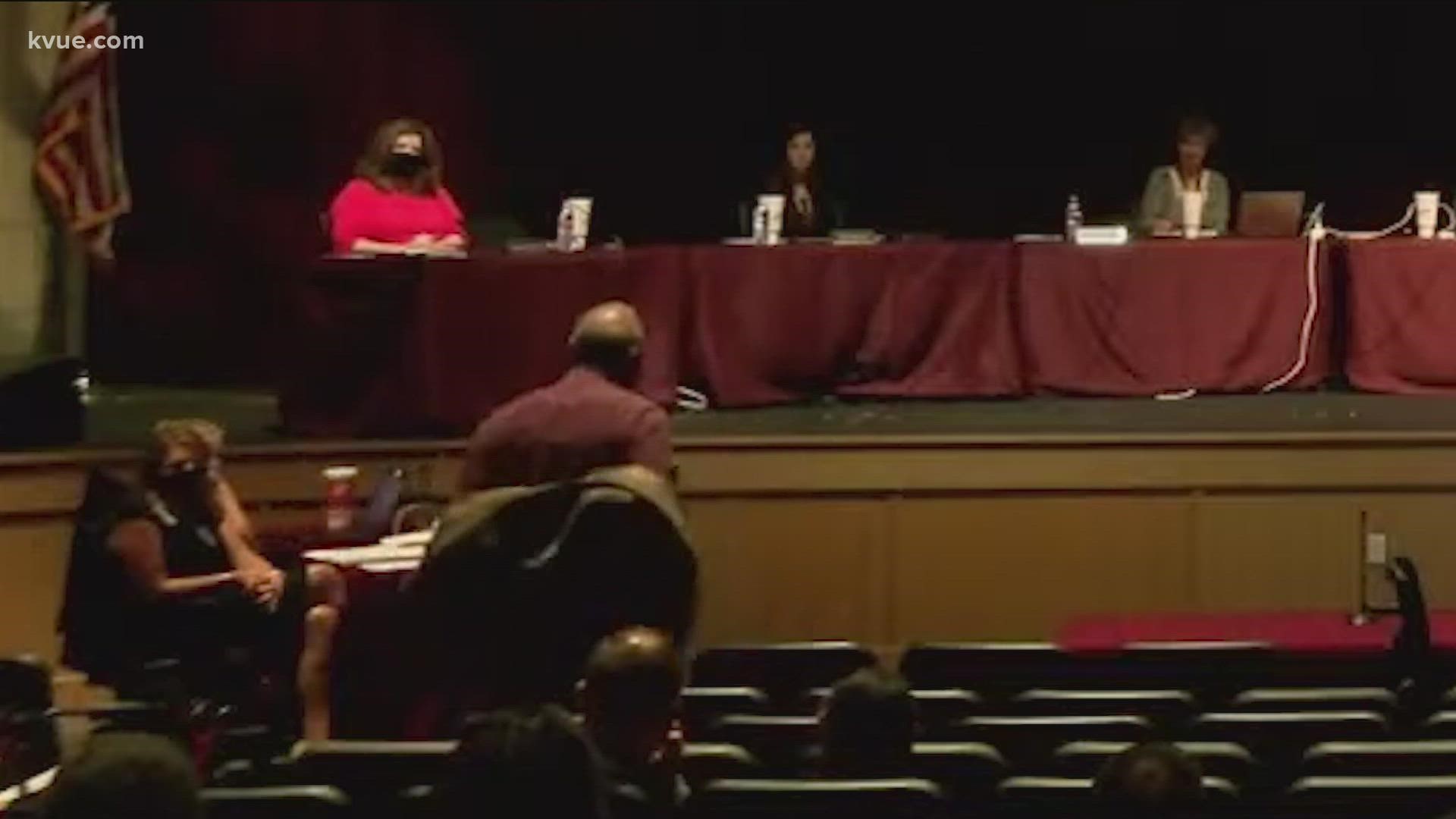 DRIPPING SPRINGS, Texas — A Dripping Springs parent stripped down to prove his point about the mask mandate in his student's school district.

Dripping Springs ISD will be mask-optional during the 2021-22 school year, per Texas Gov. Greg Abbott's executive order. The school district's complete COVID-19 guidance, updated on Aug. 6, is available on its website.

Many other school districts in Central Texas are mandating masks despite the governor's order.

At a school board meeting Monday, Aug. 23, one parent expressed his frustration with masking discussions in a unique way. James Akers, originally dressed in a sports coat and pants, made his way to the microphone during the public comment portion of the meeting.

Akers said he has been a resident for 15 years and has put three kids through Dripping Springs ISD. He said one of his kids is currently in high school.

"I do not like government or any other entity, just ask my wife, telling me what to do," the man said. "But sometimes you've got to push the envelope a little bit and I've just decided I'm not going to just talk about it, but I'm going to walk the walk."

At this point, he started removing his clothes.

He said to the room that on his way over to the meeting, he ran some stop signs and red lights and "almost killed someone," and said, "but by God, it's my roads, too," so he has every right to drive as fast as he wants.

"We only follow certain rules for a very good reason," he said as officers started walking toward him.

"Mr. Akers, I believe you're a swimmer, but if you wouldn't mind putting your pants back on, that would be appreciated," a district leader said.

He then put his pants back on, said a few more things that were inaudible, and walked away from the microphone.

In the weeks since school has started back up in Central Texas, there have been reports of parents acting out in response to masking. At Eanes ISD, a parent physically assaulted a teacher by ripping a mask off her face. In another incident, Leonard said a parent was yelling at a teacher to take off her mask because they could not understand what she was saying.

You can watch Akers' testimony in the video below, around the 26:20 mark:

Study: Here's how much house $350K buys you in Austin