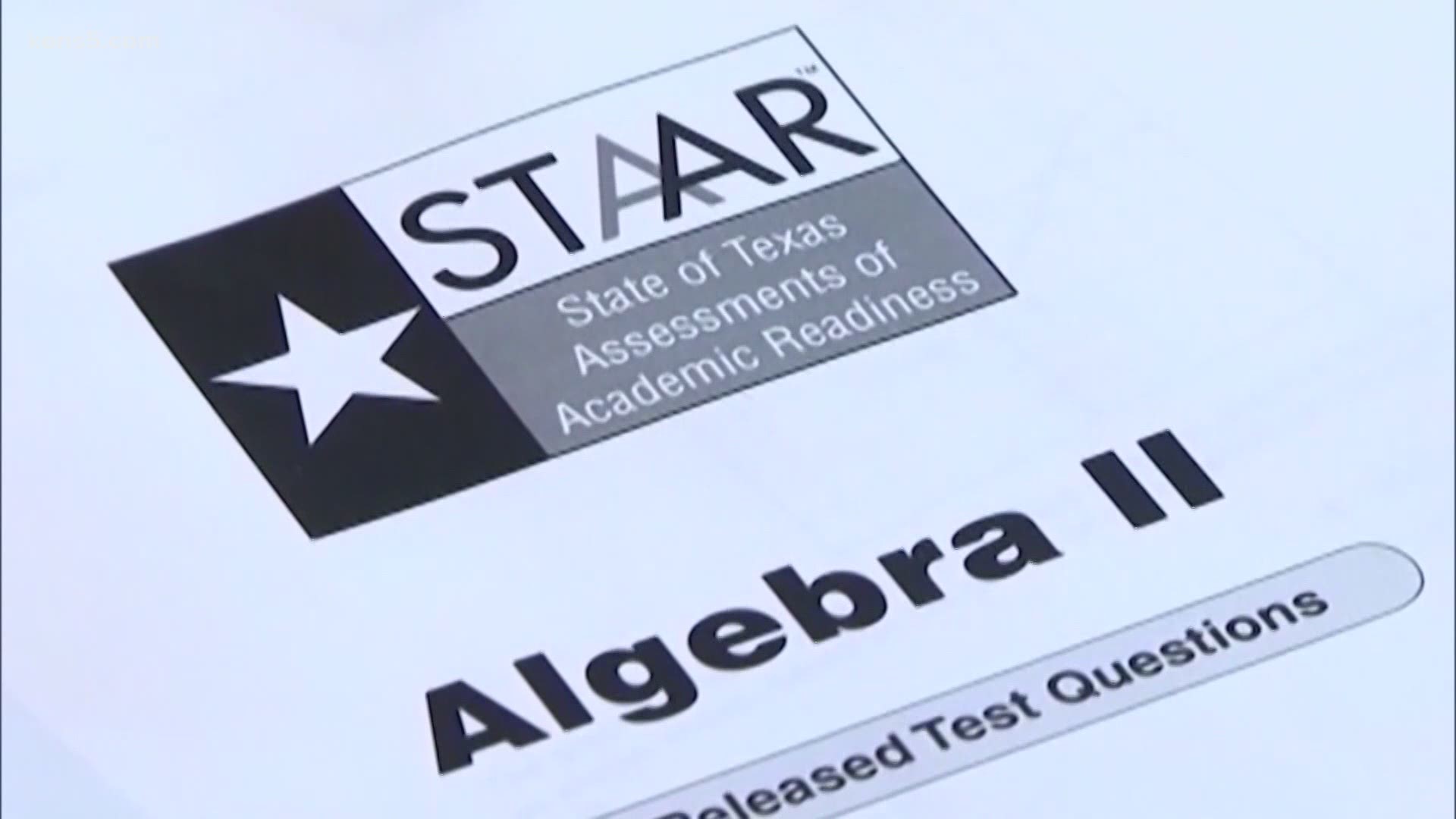 TEXAS, USA — Nearly 4 in 10 Texas public schoolers failed the STAAR math exams in 2021, representing a significant decline in student performance during the pandemic.

The COVID-19 pandemic prevented states from administering STAAR assessments in 2020.

"At the district level, there's clearly a correlation between performance on the tests and whether or not students were in the building," Northside ISD Superintendent Dr. Brian Woods said.

The number of students who did met grade-level expectations fell at every age and in every subject, except English I and English II, according to the results the Texas Education Agency released Monday.

About 86 percent of students in grades 3-8 participated in the test, down from 96 percent in 2019. Participation rates are close enough to fairly compare this year's results to the 2019 test's results, the state says.

But Woods noted that the students who are traditionally most likely to perform poorly on the assessment were least likely to participate this year.

"Frankly, I think the STAAR scores undersell the amount of work to be done," he said.

The results demonstrate a particular challenge for math instructors who had to teach virtually.

Woods contends language skills are reinforced in books, on television, and in conversation. Math skills, he says, are rarely practiced outside the classroom.

Despite floundering results for remote learners, Woods and other local superintendents are urging lawmakers to establish a remote-learning option in state law during the special legislative session that begins July 8.

He says some families, especially with younger children who are not yet eligible for a vaccine, should have a remote-learning option.

"If the school district is careful and they curate who qualifies, virtual learning can be very successful for some students," he said. "Students have to be curated. It can't be a random group of students, or we will continue to see what we've already seen."

Less than 500 Northside ISD families voiced interest in staying remote, Woods said. There are 105,000 students in the district.