The Tuesday meeting was disrupted by a group concerned about critical race theory being taught in schools. More than a dozen people were escorted out. 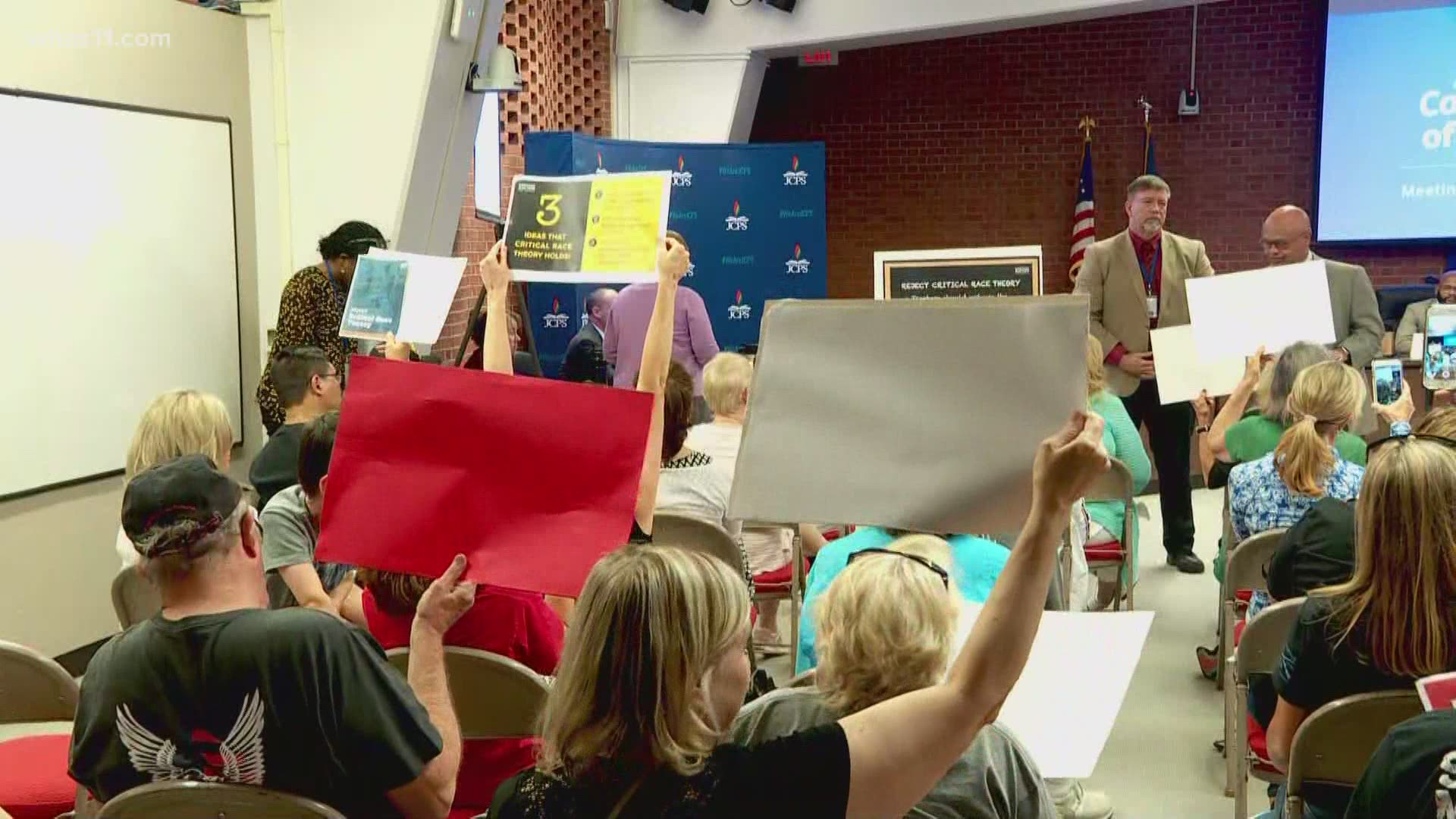 LOUISVILLE, Ky. — More than a dozen audience members were kicked out of a very heated Jefferson County Public School Board meeting Monday night.

The chaos erupted in the middle of the meeting as board member Corrie Shull thanked the board for keeping racial equity as part of the strategy moving forward in the state and said he stood behind it wholeheartedly.

As some erupted into shouting at board members, security guards moved in to control the crowd. The board members were filed out of the room.

“Excuse me. If I need to stop this meeting so that we will have order, we can do that,” Board member Diane Porter said.

More than a dozen people were escorted out of the room, still shouting as they were removed. Others walked out as security told them they were in violation of state law by disrupting the meeting.

“All y’all do is just talk! You haven’t done anything for the Black community,” a protester yelled.

The group was frustrated the JCPS Board would not take public comment. The meeting was a work session for JCPS intending to hear an update on the district’s strategic plan. Their work sessions never include comments.

“I just want to talk, somebody should be able to talk,” another protester said.

Just before the meeting, the protesters gathered outside the VanHoose Education Center to decry critical race theory.

Critical race theory is an educational study that has been around for 30 years and discusses how institutions and systems oppress people of color.

The group said they didn’t want JCPS teaching critical race theory in schools, calling it Marxist and divisive to society.

Shull said critical race theory is not in the curriculum, something the district has also previously said.

Superintendent Dr. Marty Pollio said he was not surprised by Tuesday’s outburst.

“I’m not really going to back away from it. We do have a focus on racial equity, there’s no doubt about it,” he said. “Yeah it was a difficult evening, but in the end, we had to do the work we had to do and that’s what we did.”

Board members Porter and Shull also said the district is not shying away from its focus of reducing the achievement gap, which is tied to its racial equity plan.

“We cannot shy away from the work of equity which specifically outlines the fact that yes black kids matter,” Shull said.

Board members said they understand the frustrations of the group and their desire to be heard by the district.

They have not announced a date when meetings will allow public comment, but plan to do that soon.