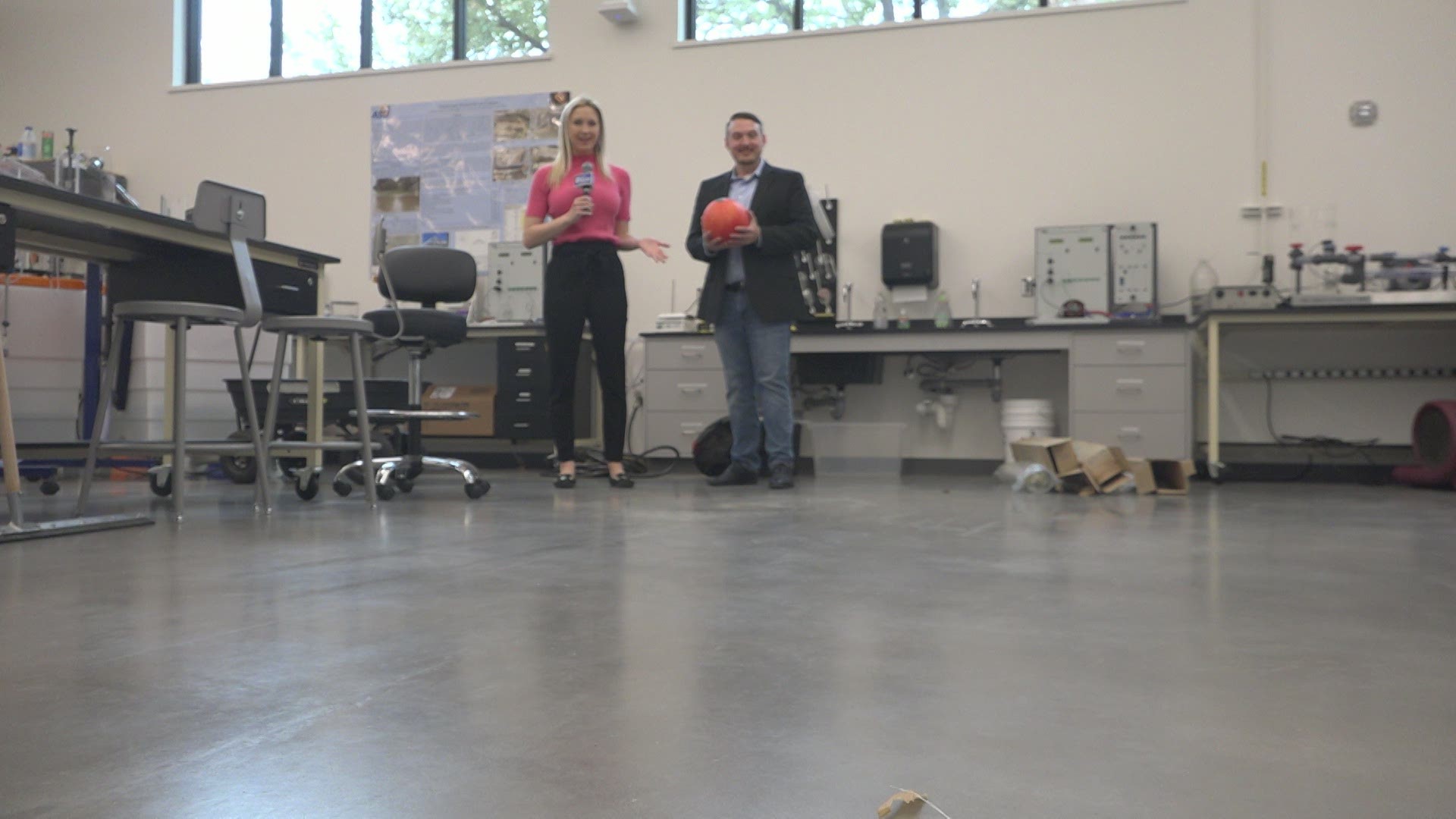 SAN ANGELO, Texas — The engineering program at Angelo State University is small, with class sizes averaging between seven and 11 people. However, the RAMgineers just returned to San Angelo with proof that quality can beat quantity.

The team took first place in the surveying competition, which qualified them for the national competition taking place this May in Indiana. They also competed in the Blue Sky Competition, where they proposed a plan to "make cities smarter" and operate more efficiently. The RAMgineers earned first place for their poster and third place for its presentation.

Preparation for the symposium started in December.

“We probably did about 100 hours of research before starting a 60-70 hour proposal,” Nicholas Gillett, RAMgineers president, said.

Gillett, who already received a degree from ASU years ago in communications, never thought he would return to San Angelo to study engineering. He dreamed of attending Texas A&M University, thinking he would thrive in a big environment with a storied engineering program.

According to him, he couldn't have been more wrong.

"My favorite part about this program is what I was initially running from. I love the newness of it. We get to sit down with our professors in classes that have seven to eleven people. We get individual attention. We actually get to make sure that we understand something if we want to seek it out. The hands-on experience is there, and that’s what I love about it," he said

"In this program, if you’re alone, you won’t make it. The largest class I have this semester has 11 people, and I know every one of them on a first-name basis. I always know who I can reach out to to help me study," he said.

Evidently, the small class environment is helping these RAMgineers. We'll see how they do in the national survey competition, which is set to take place on May 30 in Lawrenceburg, Ind.