Rep. Lloyd Doggett, along with 13 Texas democrats, sent a letter to Secretary of Education Miguel Cardona saying Abbott has failed to provide schools with the funds. 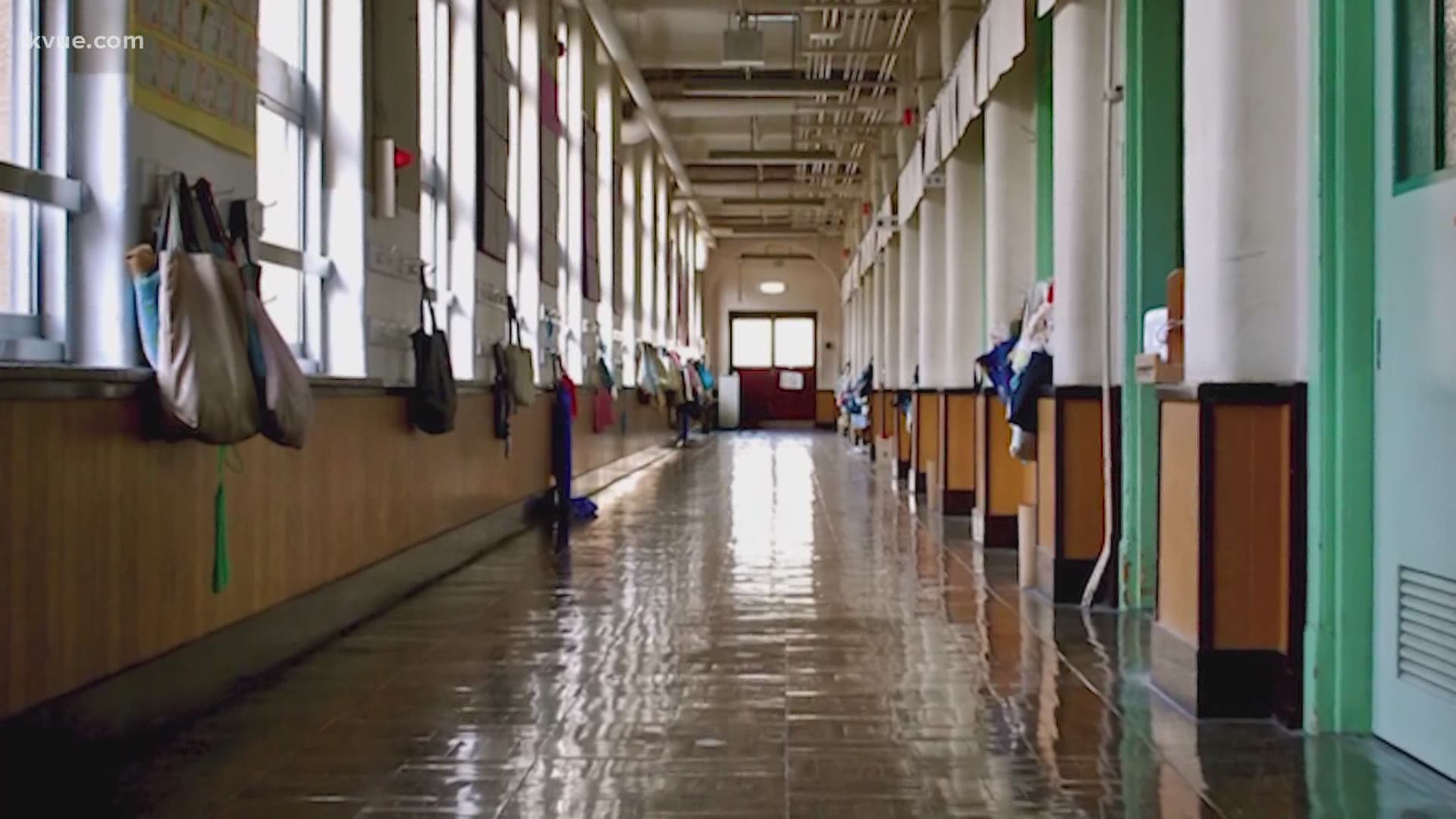 "It is wrong that these federal education aid monies have not gotten out to schools that have suffered so much during this pandemic that need resources for mental health, for counselors, for improved ventilation," said U.S. Rep. Lloyd Doggett of Austin.

Thirteen Texas Democrats sent a letter to Secretary of Education Miguel Cardona recently, which states, "Gov. Abbott has failed to provide Texas schools either the $5.5 billion in ESSER II funds, which became available January 6 or the $12.4 billion from the American Rescue Plan, two thirds of which became available March 24. We cannot accomplish the important goal, which we share with the Administration of reopening schools safely when the ten percent of America's school-aged children living in Texas are denied access to essential federal assistance."

KVUE's partners at the Austin-American Statesman said the U.S. Department of Education released recent guidance that said the State must maintain pre-pandemic spending for kindergarten through 12th grade and higher education to get the billions in federal aid.

"I didn't vote for these monies to be in Greg Abbott's piggy bank. I voted for them in order to get some help to our schools and our schoolchildren," said Doggett. "We intended this money to go out to public schools across Texas and for the State of Texas, like other states, to simply distribute the money. And the State is standing in the way. Specifically, Gov. Greg Abbott. The money could be used for a wide range of pandemic-related matters. I know there is a big gap for many students out there and their learning. It's reflected in the scores. So this could be directed toward remedial tutoring."

The Austin ISD Board of Trustees passed a resolution last week requesting that state officials give the district that money.

The Austin ISD Board of Trustees passed a resolution tonight requesting that state officials release federal funds designed to support students and districts during the pandemic.

At stake for the district is an estimated $241 million in one-time funding, meant to help make districts whole as they’ve navigated the demands and changing needs of students and staff during COVID-19.

In total, Texas has received $19 billion meant for local school districts. Thus far, AISD has received just $17 million, but not the way it was meant to be shared, said Interim Chief Financial Officer George Gogonas.

“Basically, TEA reduced the amount of state and local funding to districts by a very similar amount and then gave us this in federal funding,” Gogonas said. “So instead of supplementing it, they supplanted.”

By effectively swapping federal funds for state ones, TEA is essentially shorting districts out of state funds.

“Tonight’s resolution is meant to encourage the state to pass along ESSER funding to districts, and not to increase restrictions or use it to balance state budgets,” said Jacob Reach, chief of intergovernmental relations and board services.

“With a tight budget, we could reimburse ourselves for pandemic-related expenses that we’ve already incurred,” Gogonas said.

Some of those expenses include purchases of PPE, distance learning software, and Chromebooks and iPads, thousands of which had to be acquired immediately as districts nationwide shut down and moved to remote learning in March 2020.

Though federal funds are not part of the budget that trustees approve each year in June, Gogonas said the sheer amount of money the district is estimated to receive makes planning difficult.

“The sooner we can get the money in and know what the restrictions are, the better we can prepare,” he said.

The State has given no clear timelines as to when schools will receive that money.