During a meeting Tuesday, the BOE voted to allow grades PK-5 to return to school four days per week beginning Oct. 26 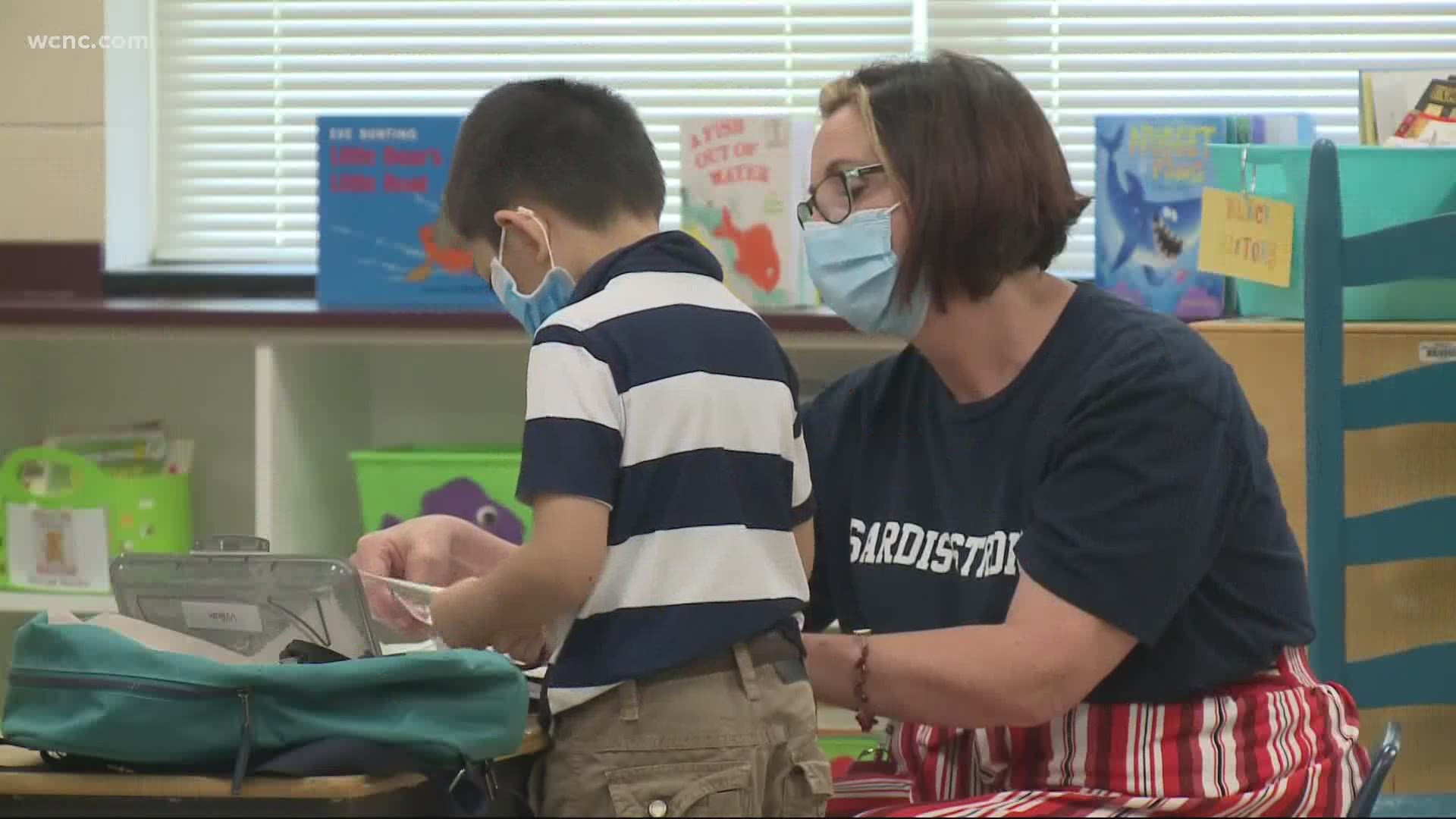 The board approved four days of in-person learning for students in grades Pre-K through 5 starting October 26.  Under the plan, students would go to school Monday through Thursday and do remote learning every Friday.

The school district already had plans in place for students in grades Pre-K through 12 to transition from one to two days per week in the classroom beginning next Tuesday. Those plans will remain in place through October 26.

#NEW: Union County Public Schools Board of Education votes 8-1 to pass the superintendents recommendation on returning...

Union County Schools opened to students on  August 17 under a hybrid plan. Students reported to school one day per week and currently do remote learning four days per week.  Since the return of students, some schools have reported cases of Coronavirus, but cases have been few and the district has been able to mitigate the spread.

Superintendent Andrew Houlihan said some cases of the virus were expected and the district was prepared for that upon opening schools this year.

“I wouldn't say I was alarmed. I think we have to anticipate that over the school year, until there are other measures in place like a vaccine, we're going to see some of this,” said Houlihan.

RELATED: Union County superintendent not panicking over COVID-19 in schools yet

“As an educator and former elementary teacher specifically, there is no substitute for in-person learning," Superintendent Andrew Houlihan said at the meeting. "When the leading expert in our state stands before us and says she believes it is safe enough to return students to school, still following those requirements, as a parent and educator I believe it is an option we should strongly consider."

Candice Sturdivant is the one board member who voted against the superintendent’s recommendation.

"UCPS is not something to play with. We're making fast decisions that affect all of us,” she said.

Adjusting to the new normal this school year has been a big change for many families.

"I'm the surrogate teacher. It's not fun! There’s no way in the world I would've expected from 8 to 2 every day to be teaching kindergarten,” said Ava Blount.

She helps her grandchildren with virtual learning and wants some relief, but still isn’t sure they’ll be sending the kids back to school.

"You're not certain what they're going to be exposed to all day," she said. "That's just as bad as having them at home worrying about how to teach them and do your work."

But for other families, it’s a no brainer.

"It's hard, balancing my work with schooling for them. We're ready to go back," said Edna Lemmond.

The superintendent noted that at any point, depending on the metrics, they can pull back on in person learning days or temporarily switch to Plan C, as a few schools already have due to exposures.

Over the summer, teachers in Union County held a protest over plans to return children to school buildings for one day per week.  At the time, teachers said they felt safer if the district would operate under Plan C, an all remote option.