The comment, in part, says, "I'm so tired of hearing about special needs children. ... They were re***ded before COVID and they’ll still be re***ded after." 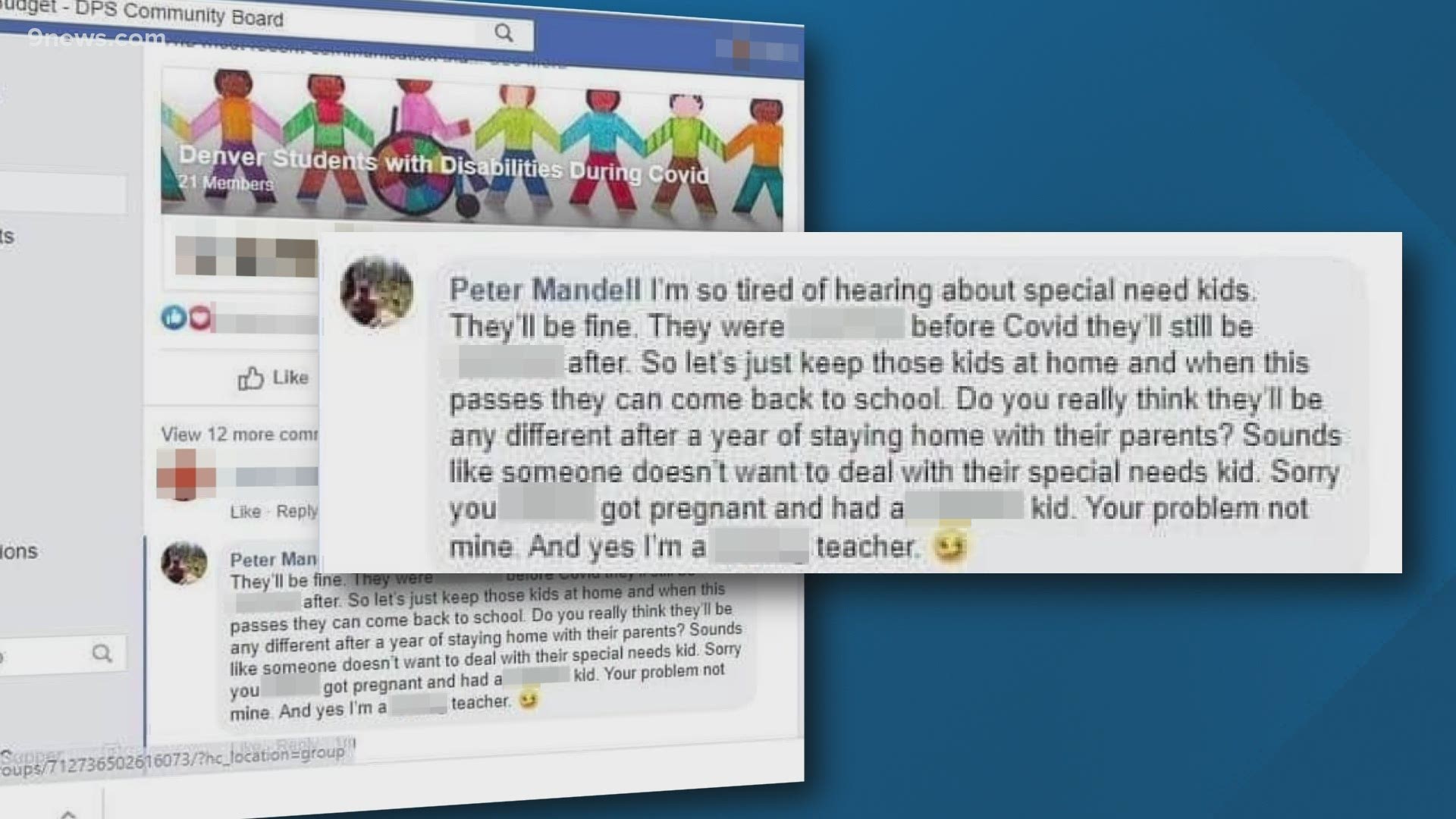 WESTMINSTER, Colo. — The superintendent of Westminster Public Schools said the district is moving towards "dismissal charges" for a kindergarten teacher after a comment on social media surfaced regarding special needs students.

Superintendent Dr. Pamela Swanson said on a video posted to YouTube Monday that, "We immediately began an investigation and are moving forward with dismissal charges as outlined in Colorado State Statute."

The comment on Facebook, in part, says, "I'm so tired of hearing about special needs children. They will be fine. They were re***ded before COVID and they’ll still be re***ded after,” arguing that there should be no issue with special needs students skipping school this year as schools work to prevent COVID-19 outbreaks.

The comment goes on to say parents need to take responsibility for their special needs child rather than rely on the school for care. The person identified himself as an "(expletive) teacher" in the comment.

A spokesperson for the district confirmed the teacher facing dismissal is Peter Mandell, a kindergarten teacher at Skyline Vista Elementary.

"There is a process outlined in state statute regarding due process and that will begin tomorrow with a special meeting of the Board of Education," the spokesperson said in an email.

"Westminster Public Schools has been made aware of some offensive comments that have been attributed to one of our teachers. The remarks in no way reflect the views of WPS and the incident is being investigated. Thank you to the many Facebook readers for bringing this to our attention."

Swanson's message about the incident, posted to YouTube, can be viewed below:

Mandell began employment with WPS in September 1999, according to the district spokesperson.