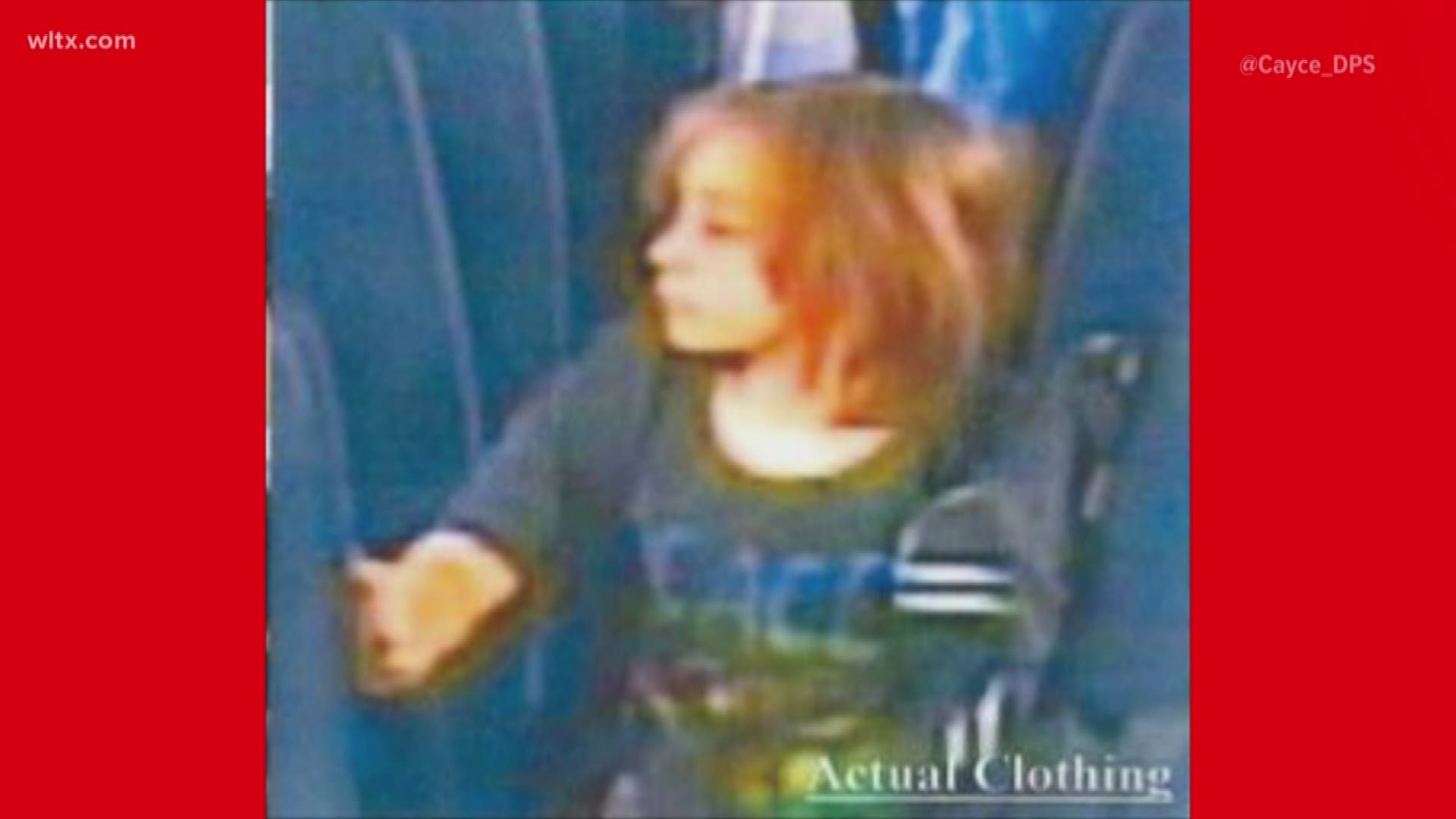 CAYCE, S.C. — The FBI is one of the agencies that have joined the search for a missing South Carolina 6-year-old girl.

The federal agents are part of a larger group of over 250 law enforcement officers that are trying to find 6-year-old Faye Swetlik. WLTX saw FBI agents going door to door, asking questions to neighbors, and searching near the family's home.

The little girl was last seen around 3:44 PM Monday playing in her front yard at Londonderry Lane in Cayce just off Highway 302 in the Churchill Heights neighborhood.

Officers say they know she got off the bus from school, and then played in front of her home. What happened next, however, is the subject of investigation.

Cayce Department of Public Safety Chief Byron Snellgrove said the little girl's mother was home at the time of the disappearance. He said his investigators have spoken to the mother, the father, and the mother's boyfriend, and all are being cooperative.

When asked if there was evidence of an abduction, the chief said "not at this time, there doesn't appear to be."

He said at this point, the parents don't really know what happened to the little girl. Investigators haven't ruled any possibilities out, including that the girl could have walked away. He said the parents are anxiously awaiting her return.

"We're going to follow every lead until they're exhausted," Snellgrove said.

A photo released Tuesday morning by law enforcement showed Swetlik right before she exited her school bus Monday, including the clothes she was wearing at the time.

She was reported missing an hour and 15 minutes later, around 5 p.m.

Residents with RING doorbells are asked to check their video feed for clues or information about Swetlik.

Swetlik is a white female who is 3 feet 10 inches tall and weights 65 pounds. She was last seen wearing a black shirt with neon colors, a flower print skirt, and polka dot rain boots.

All known family members have been contacted and have not seen the child. She has also been entered into the NCIC database as missing.

Myrick said at this point, the case does not currently meet the qualifications for an Amber Alert.

RELATED: Criteria for when an AMBER alert can be issued

Many people in the Cayce community are looking for ways to help find the six-year-old.

While folks have not been able to assist the search in the neighborhood, others have taken the opportunity to spread the word Swetlik is missing.

Robert Braxton, one of the owners of Team Cars off Airport Blvd, says they serve many people in the Churchhill Heights area where the girl was last seen.

"A beautiful little six-year-old like that right there, taken away is a tragedy in itself. All we can do is pray to God that it comes out with a great result," said Braxton.

Some folks are hoping to get flyers to hand out and hang up in businesses and start searching in other parts of Cayce.

"I'm sure that anybody with any love and respect for anybody's family would love to go help them. I mean we all would pitch in and do anything we could to bring this child home," explained Braxton.

Braxton and his business gave security tape they had to law enforcement to help with the search.

While waiting is not easy, the Cayce community continues to pray for a safe return home.

"Right now I hope that we find her and that she's safe and the Good Lord's got her in His hands and she comes back home," said Braxton. "We have the tendency to think the worst but we're hoping for the best."