Macy Chiasson, who is ranked #11 in the UFC Bantamweight division, trains in Dallas and lived at the Elan City Lights Apartments. 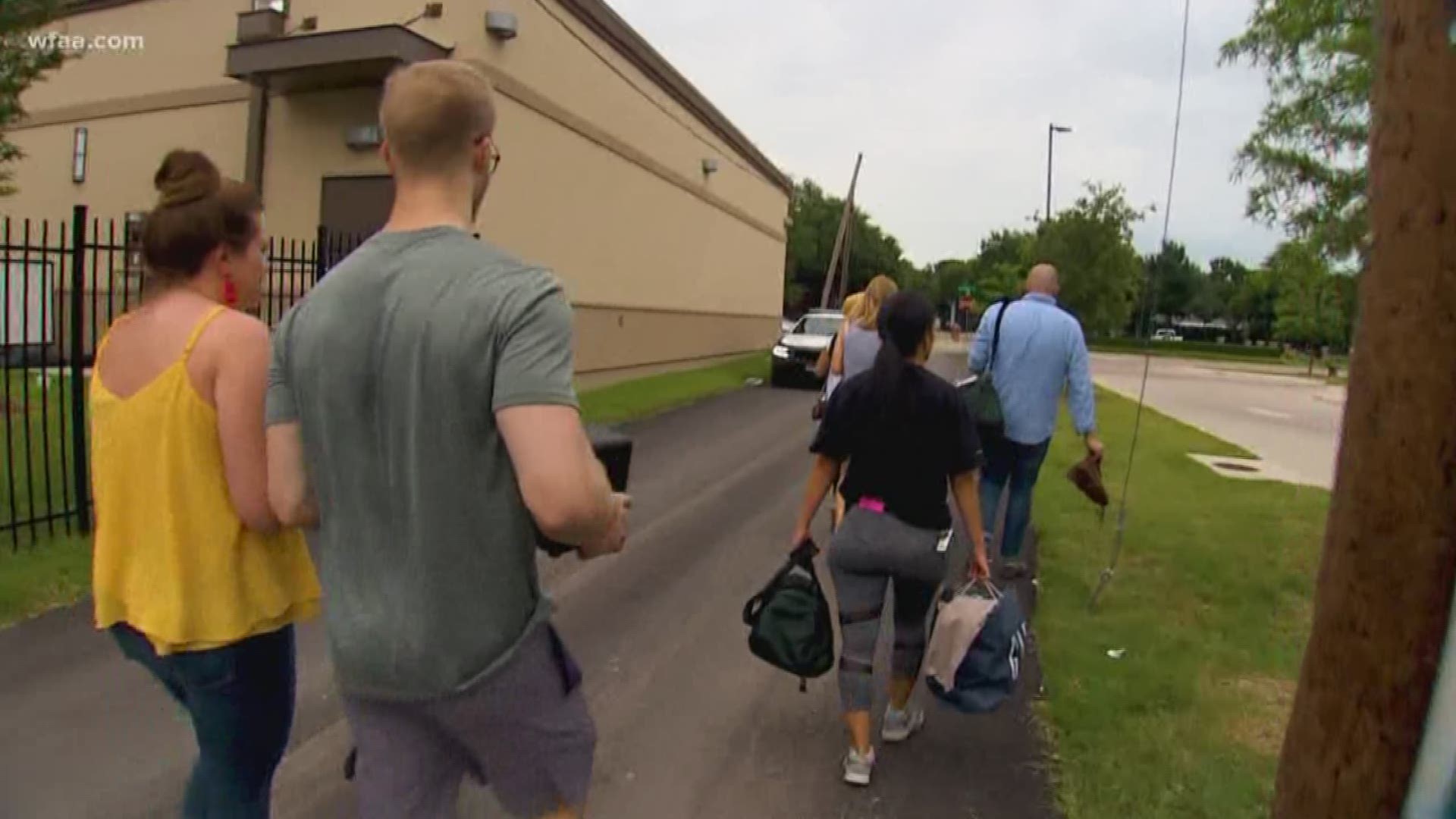 DALLAS, Texas — The first lawsuit stemming from Sunday's deadly crane collapse has been filed — and it likely won't be the last.

The suit, filed by 27-year-old Macy Chiasson, targets Bigge Crane and Rigging, Co., as well as the owners of the Elan Dallas City Lights Apartments and the apartments under construction where the crane was standing.

Chiasson is currently a UFC fighter and is ranked No. 11 in the women's Bantamweight division. She is also currently undefeated.

Per the lawsuit, Chiasson was living at Elan City Lights while she trained in Dallas.

On the day of the storm, Chiasson was at home, according to the lawsuit. When the crane collapsed onto her building, Chiasson evacuated barefoot with only her dog, phone and a pair of shoes.

The lawsuit claims those are now the only possessions Chiasson owns, along with the clothes she was wearing that day.

After evacuating, Chiasson, "realized she had been cut by the glass she ran over as she fled for her safety," the lawsuit said.

A foot injury can quickly stifle any MMA fighter's career, and Chiasson's attorney said that it's unknown if she will be hopping back into the octagon right away.

The lawsuit points out the number of Occupational Safety and Health Administration violations Bigge Crane and Rigging, Co. has recently received.

The company "has been fined $154,525 for 14 Occupational Safety and Health Administration (“OSHA”) violations during the past ten (10) years," according to the lawsuit.

The lawsuit also goes on to say that "the crane affixed to the premises, including the attachments to the crane as installed and maintained, posed an unreasonable risk of harm to those using the crane and those in the area surrounding the crane in that it was not properly installed and/or maintained to hold up during natural weather conditions.

"Defendants knew or reasonably should have known of the danger posed to workers, invitees, passersby and others in the vicinity of the crane."

Chiasson's attorney, Jason Friedman, told WFAA that Chiasson was not able to retrieve anything from her apartment.

He added that she lost all of her fighting equipment, memorabilia, and even her grandfather's camera from WWII.

"It's mind-boggling to me why the developers and the complex would even hire a crane operator that has a history of OSHA violations. If you look around the area, there are other cranes still standing after those winds," Friedman said.

"This shouldn't have happened."

Bigge Crane and Rigging, Co. as well as the owners of both apartments, Greystar, have not responded officially to WFAA about the lawsuit yet.

The Elan City Lights Apartments have been deemed unlivable, and dozens of residents are now displaced.

It's not been confirmed if the complex will be torn down.

Greystar is offering a $100 per diem and $500 allowance per apartment, lodging through Friday, a deposit return and is waiving any administration, deposit, pet or application fees for other Greystar properties if residents relocate there.

Most residents have been able to return and carry out suitcases filled with belongings. No large possessions like furniture have been removed, however.

On Tuesday, crews carried out belongings for a number of residents living in the building where the crane collapsed.

Several were not able to get their things at the time other residents did because of concerns regarding the building's structural integrity.

His apartment neighbors were hit by the crane. Guinn was watching TV with his girlfriend when he heard the crash.

"You hear this unmistakable twisting metal," Guinn said. "That sound I cannot get out of my mind."

Guinn's nursing books and notes were buried in the rubble, but crews were able to pull out his lab coat today.

It's something that Guinn said he can start with again. He paused and put his hands over his face with emotion when he saw it was retrieved.

"That lab coat just signifies that I'm a nurse," Guinn said. "More than anything that I owned."

Some left with nothing

Hugo Orta hasn't been able to retrieve any belongings at all.

The only thing that he's gotten out of the apartments is his car, which is unprecedented considering so many were not salvageable.

His apartment was right near the crane's path.

"I assumed it was gone," Orta said. "It just missed all of that concrete that fell.

"I at least have something to claim that's mine."

Many of them are donating any commission they get back to residents, which could mean an extra $200 or $500.

"Hopefully that money will help with some of the items that you would need to start over," TJ Cornwall of Realm Agency said. "It's just something to let these people know there's light at the end of the tunnel."

Greystar hasn't confirmed if resident belongings will be shipped to them eventually.