Flooding has been at the top of conversation this week all across West Texas. no matter where you were... it seemed you faced at the very least, some rain. and today the Concho Valley got their own flooding scare. 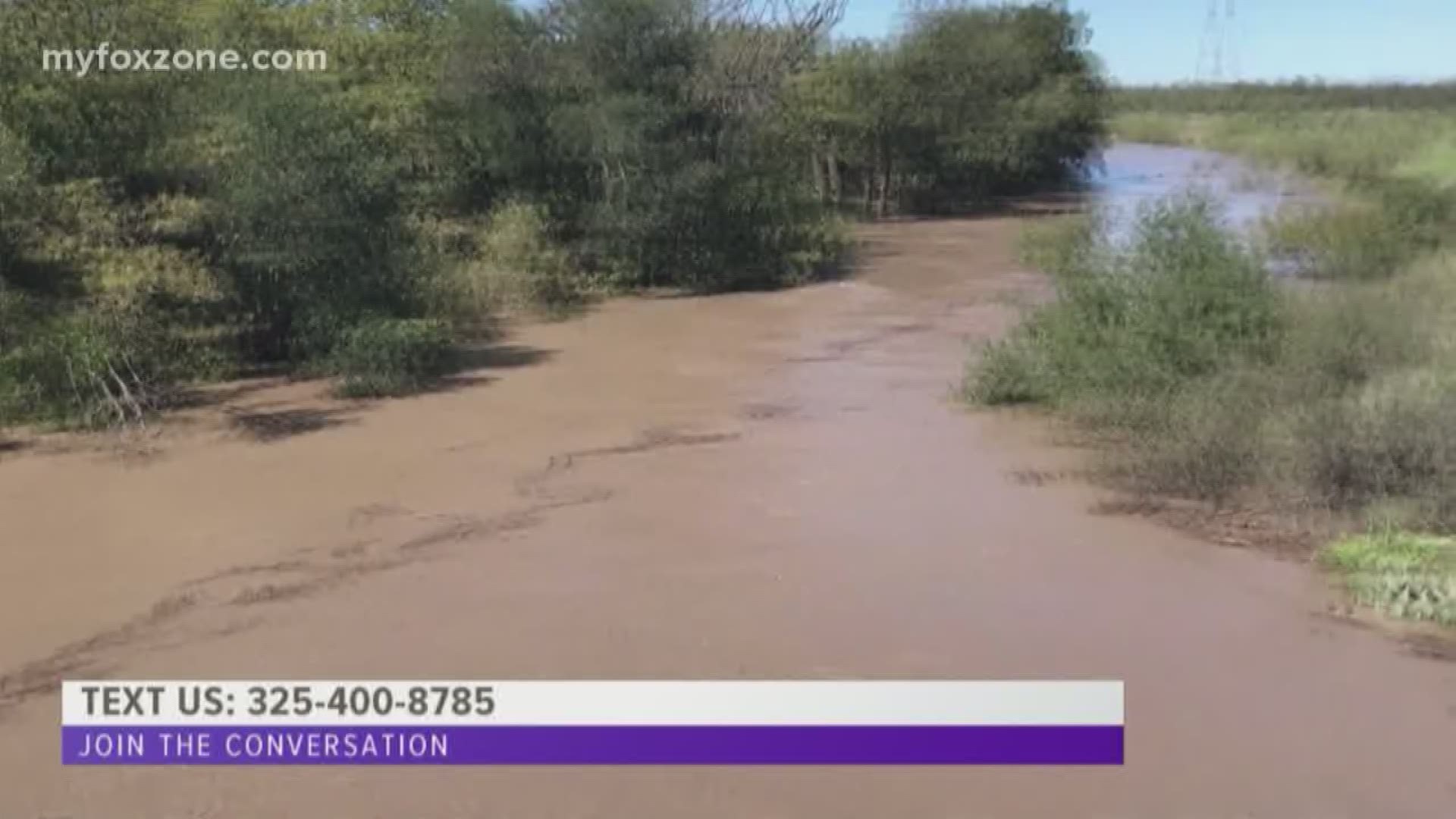 "I expect the river to peak sometime this afternoon or tonight before its starts receding flow currently and looking at the data at the steam gaging station in Sterling City which is flowing more than its flowing here right now we seen 4,500 feet of water pass that will continue to flow it would not be out of line or outrageous to think”

THE RIVER HASN'T FLOODED SINCE 2013 WHICH MADE THE BRIDGE IMPASSABLE. TODAY WARNING WENT OUT ON THE RADIO TO WARN CITIZENS OF THE FLOODING

"Flood warnings for North Concho River at Carlsbad and as well as Sterling City it is not anything we would consider dangerous other than low water crossing will be in passable, but the flood levels are only a foot or so above a miner flood stage but nothing major at this time"