George Strait fans get the Fort Worth party started early

T-shirts and tequila were on hand to help fans get through the pre-concert cold. 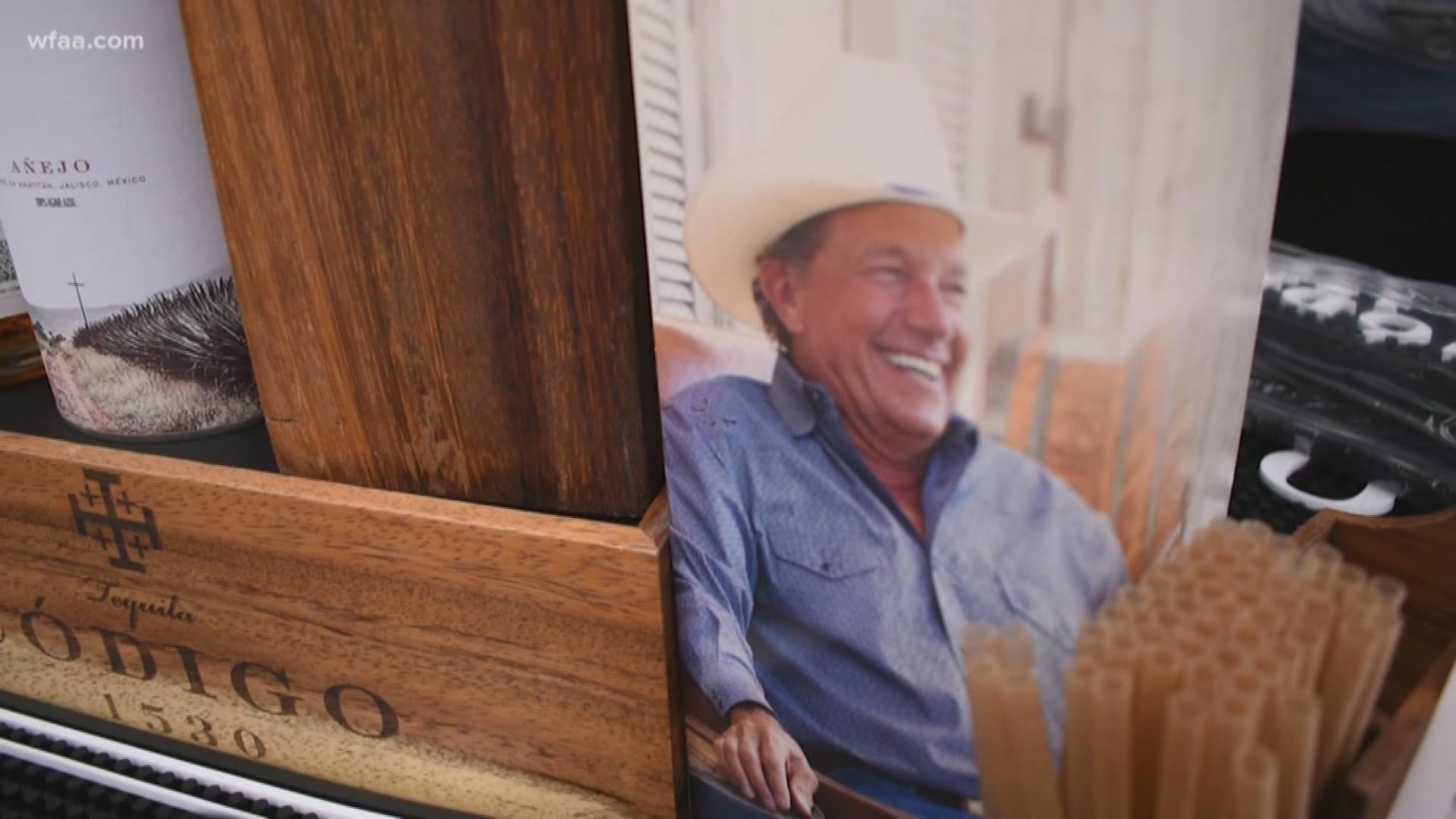 FORT WORTH, Texas — George Strait fans from across the country got the pre-concert party started early, ahead of the country star’s highly-anticipated concert at Dickies Arena Friday.

“He’s a legend,” said Joyce Lusby, who flew in from Maryland for the concert. “He’s not coming to the East Coast so we had to go to him.”

While the color and hospitality of the Fort Worth Stock Yards lived up to expectations, the weather wasn’t what she expected.

“It’s a little chilly for Texas, I thought it would be warmer," Lusby said.

As luck would have it there was one way for fans to get their George Strait fix well before the show, which also helped them deal with the cold.

Codigo isn’t just one of Strait’s songs.  It’s also his brand of tequila.

Fans flocked to the Codigo trailer parked outside Billy Bob’s Texas all afternoon.

Some warmed up with a sample of tequila, others bought long-sleeve shirts as extra layers against the cold wind.

It wasn't a bad way for fans to get through a cold day before what promised to be one heck of a night.