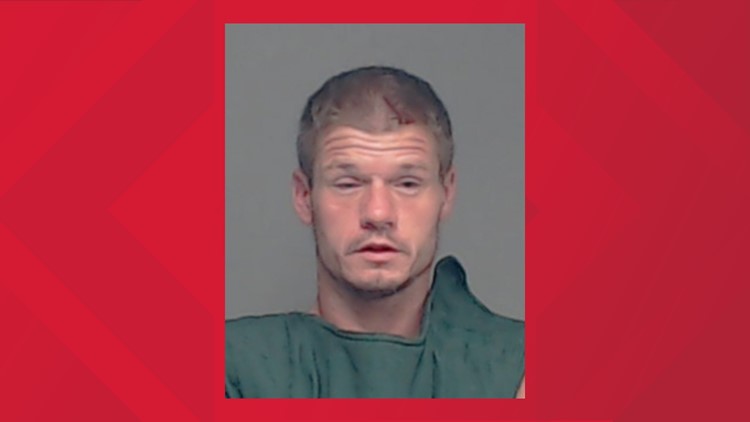 At approximately 5:15 a.m. Wednesday, San Angelo Police Department officers were dispatched to a residence in the 100 block of Churchill Boulevard for the report of an unauthorized use of a motor vehicle in progress. While en route to the call, officers saw the stolen Toyota Tacoma pickup truck leaving the area.

Officers tried to conduct a traffic stop in the 1500 block of South Bell Street, but the suspect bailed out and ran into the backyard of a private residence. The suspect, later identified as Rusty Bryant, was caught after a brief foot chase and taken into custody without further incident.

During the follow-up investigation, officers learned Bryant had obtained the truck’s keys and a wallet during the commission of a recent burglary. He reportedly used the victim’s bank cards and found the victim’s home address.

Just after 5 a.m. Wednesday, the victims heard the truck’s horn sound, as if someone pushed the key fob, and when they ran outside to check on the truck, Bryant drove over the male homeowner while trying to escape. The homeowner was transported to San Angelo Community Medical Center for treatment of non-life threatening injuries.

Following an interview with the department’s Criminal Investigations Division detectives, Bryant was charged with aggravated robbery, unauthorized use of a motor vehicle and evading arrest detention. Additional charges are pending the outcome of this ongoing Investigation.