Kendra Wright said she and her group of volunteers won't stop helping people get vaccination appointments until it's more readily available. 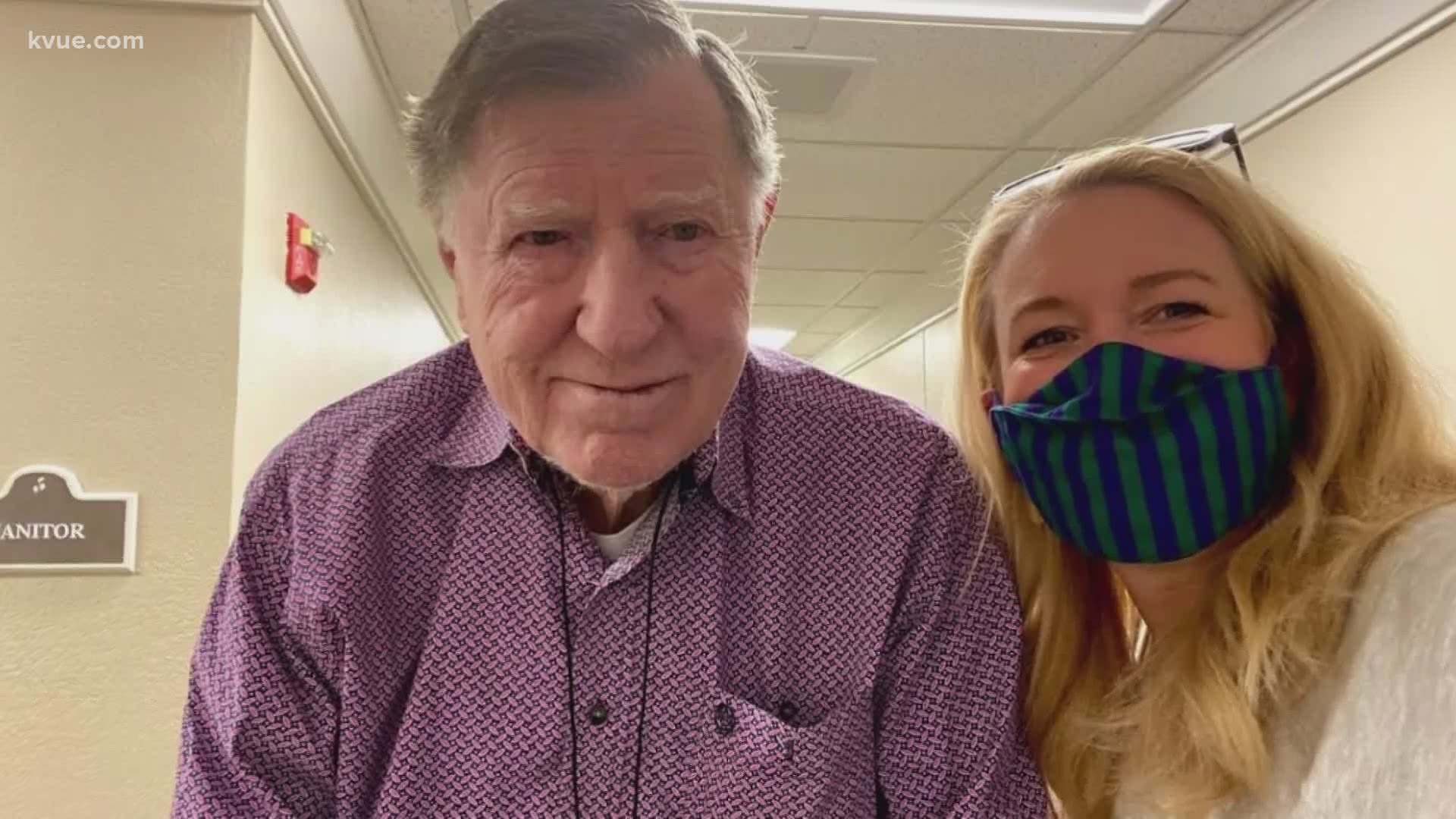 BEE CAVE, Texas — While more COVID-19 vaccines are headed to the area, it hasn't been easy to get a vaccination appointment.  But a Bee Cave woman and her volunteers made it their mission to connect Central Texans to vaccines.

"I felt so relieved when he got that vaccine and, of course, even more when he got the second," said founder of Kendra's COVID Coaches Kendra Wright.

The relief Wright felt knowing her father was fully-vaccinated against COVID-19 is a feeling she wanted to spread across Central Texas.

"I reached out and helped seven people ... and then I helped about 11 more ... and then I put it on Facebook and said, 'Guys, I have a new passion and it's helping people find vaccines,'" said Wright.

Turns out she's not alone.

Since that post in January, 65 strangers volunteered to help Wright scour the internet looking for vaccines, to either post in their "WhatsApp" groups or to sign people up directly.

"See, Seton got five times as many this week and we are like, 'Hmm... what's going on with Seton,'" said Wright as she pointed to a list of vaccines on the way.

Wright said Kendra's COVID Coaches has helped thousands of people in different locations and vaccination groups get appointments. They also have Spanish speakers on their team and created resources in Spanish.

"My volunteers, I would say, work over 40 hours a week on this project and, oh, they have jobs," said Wright. "Sometimes they say, 'Oh, hold on, I am on a conference call. I have to pay attention for a second.'"

Wright said the group even worked during the winter storm, rescheduling people's appointments and/or getting them food and water.

"What I found was, the storms were hard but losing the vaccine took people over the edge," said Wright.

Wright said they are starting to work with teachers and smaller school districts to help get them vaccinated when the time comes. While the project has expanded beyond Wright's Bee Cave community, their drive behind it hasn't changed.

"I think, deep down, we all want to make the world a better place any way we can ... and what way better than trying to end COVID?" said Wright.

Wright said the group will continue to help people get vaccinated until the vaccine is more readily available.

If you want to join her team or need help finding a vaccine, email CovidCoaches21@gmail.com

After 6 weeks and no 2nd appointment, a local couple is losing hope of being fully vaccinated on time

Former Longhorn Emmanuel Acho to host 'The Bachelor: After The Final Rose'