Dr. Mark Escott, Austin's top doctor, said the next few days will determine how significant the impact of those statistics is on hospitals. 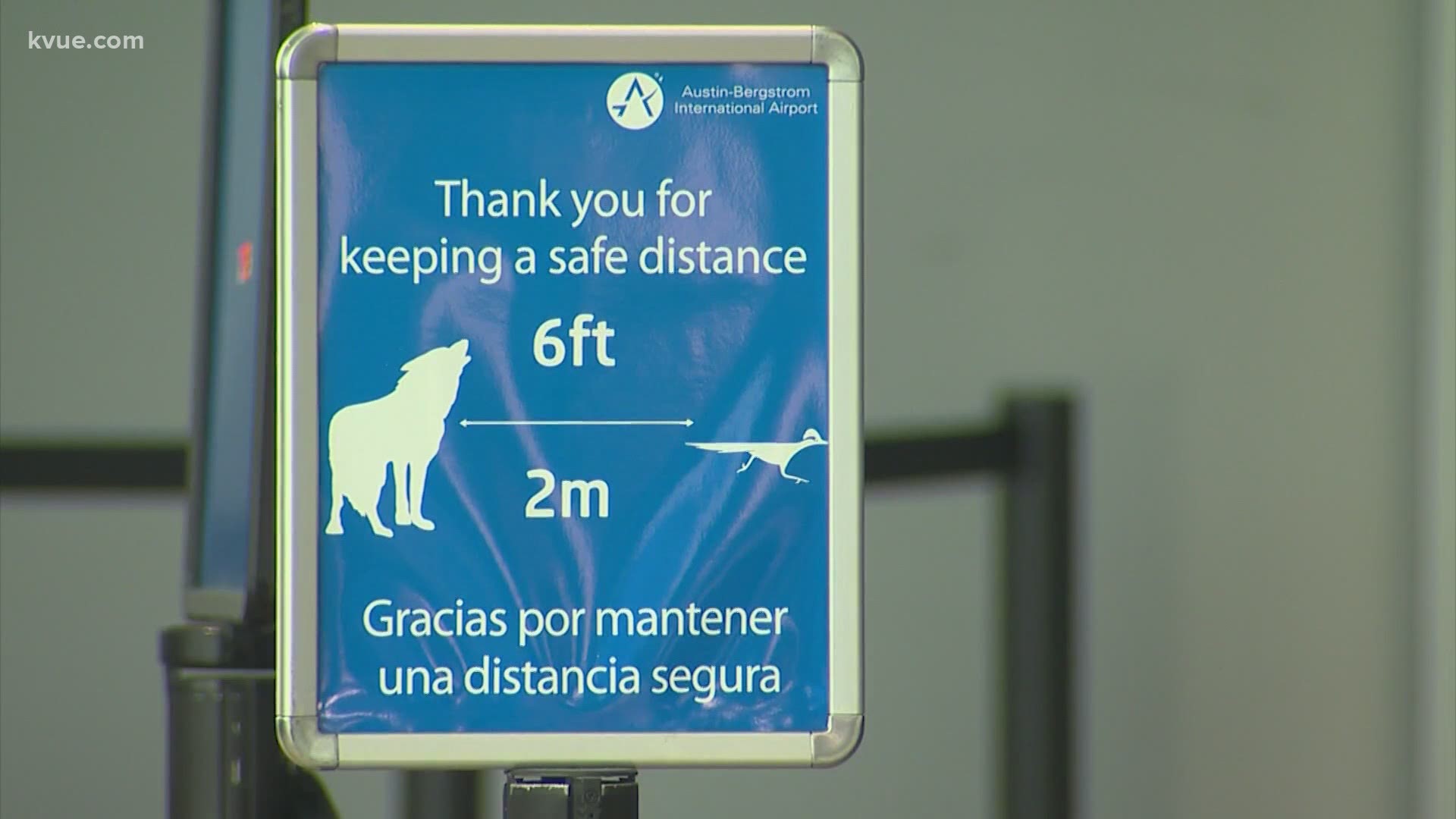 AUSTIN, Texas — While Austin is in a "stage of widespread community exposure" following Thanksgiving holiday gatherings, how that is impacting hospitals will be determined in the next few days, Austin Public Health leaders said in an update Dec. 9

Janet Pichette, the chief epidemiologist at APH, said health leaders continue to hear reports about Thanksgiving gatherings that happened. She said during the briefing that the Austin area is currently in a "stage of widespread community exposure" and that she urges people to keep gatherings to those within your household.

KVUE spoke with Dr. Christopher Ziebell, the medical director of the emergency department at Dell Seton Medical Center, about when, or if, people would see a Thanksgiving spike.

"It is starting to trend up. I don't think we're in the thick of the spike yet on the hospitalization side," said Ziebell. "We are seeing an increase in the number of positive test results on the outpatient side and usually hospitalizations follow that by about one to two weeks."

Ziebell said if hospitals get cases due to Thanksgiving, it will likely happen three weeks after the holiday.

"We're definitely seeing a second spike, and I think everybody's big worry is that we'll end up with a spike on top of a spike if because of the timing of when Christmas happens," Ziebell said. "If people are traveling again and coming together again at Christmas and now there's a much stronger penetration of the germ in the community, that really is the kindling that we need to light off a really big inferno."

Dr. Mark Escott, Austin's top doctor, said the next few days will determine how significant the impact of those statistics is on hospitals.

He said that, currently, ICUs in Austin have plenty of capacity and that they are running at typical vacancy levels for this time of year. KVUE reported on Dec. 8 that 83% of ICU beds between Ascension Seton, Baylor Scott & White Health and St. David's HealthCare are occupied. There are 483 ICU beds available in Austin-Travis County.

The University of Texas COVID-19 Modeling Consortium projects COVID impacts in Texas and across the country.

"It looks pretty bad if we don't continue to really get aggressive about doing the right thing. Now, when you look at that, the projection is that we'll get back up to the kind of levels that we were in in July. But it gets a lot worse than that if we don't get more strict about masking and social distancing and hand hygiene. It gets a lot better than that if we get very strict about it," said Ziebell. "So if you look at that graph, and I hope you're going to show that to your viewers, the difference between what's above the blue line and what's below the blue line is the behavior of the community. So the blue line reflects if we do everything the way we're doing it right now, what's going to happen? And that's going to bring us back to what we had in July, which was pretty hard on a lot of us who do healthcare for a living."

Health officials are also warning about the upcoming Christmas and New Year holidays.

"Please be as safe as you can be," APH Director Stephanie Hayden said.

She said she hopes people will start new traditions this year.

Elon Musk confirms he has moved to Texas