10 more sick with virus on isolated cruise ship in Japan

It's one of two quarantined ships with some 5,400 passengers and crew aboard. Meanwhile, the cases and deaths in mainland China spiked in the past day. 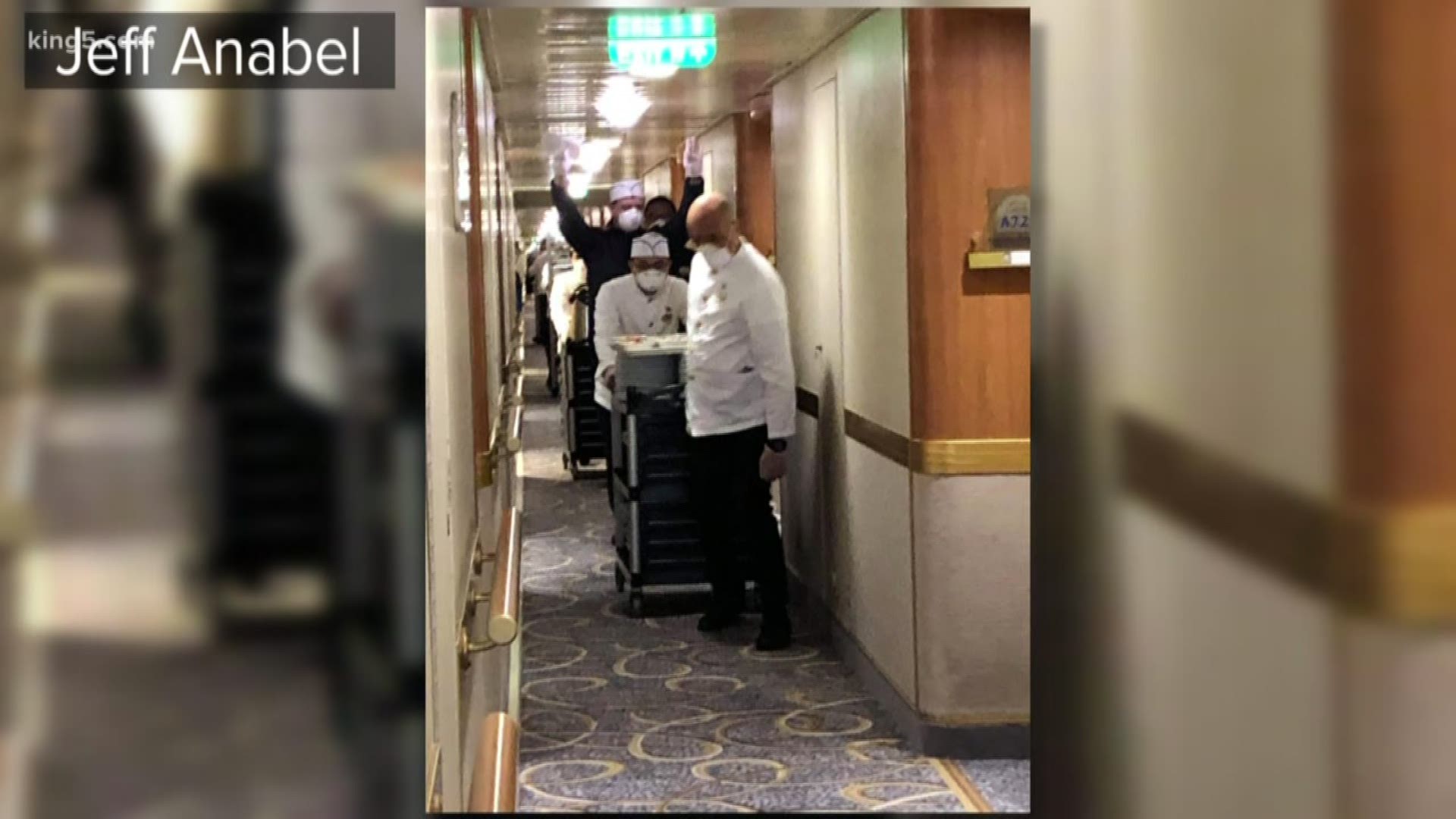 BEIJING, China — Japanese health officials say 10 more people have been sickened with a new virus aboard one of two quarantined cruise ships with some 5,400 passengers and crew aboard. The ships in Japan and Hong Kong are caught up in a global health emergency that seems to worsen by the day.

The 10 who were infected on top of 10 others on Wednesday were dropped off in Yokohama where the ship docked and transferred to nearby hospitals for further test and treatment.

China has reported 73 more deaths and announced that the first group of patients were expected to start taking a new antiviral drug on Thursday.

The country has finished building a second new hospital to isolate and treat patients. The second hospital will have 1,500 beds specially built for virus patients. It opened days after a 1,000-bed hospital with prefabricated wards and isolation rooms began taking patients.

The World Health Organization said Wednesday that it saw its biggest 24-hour jump in cases since the start of the epidemic. The latest numbers as of early Thursday were 28,018 cases in China, an increase of 3,694. There have been 563 deaths.

Outside mainland China, at least 240 cases have been confirmed, including two fatalities.

The U.S. has 11 confirmed cases in five states and 76 pending across 36 states. There have been no deaths in the U.S.