Pena Boulevard is nearly empty and there's not even a line at the McDonald's. 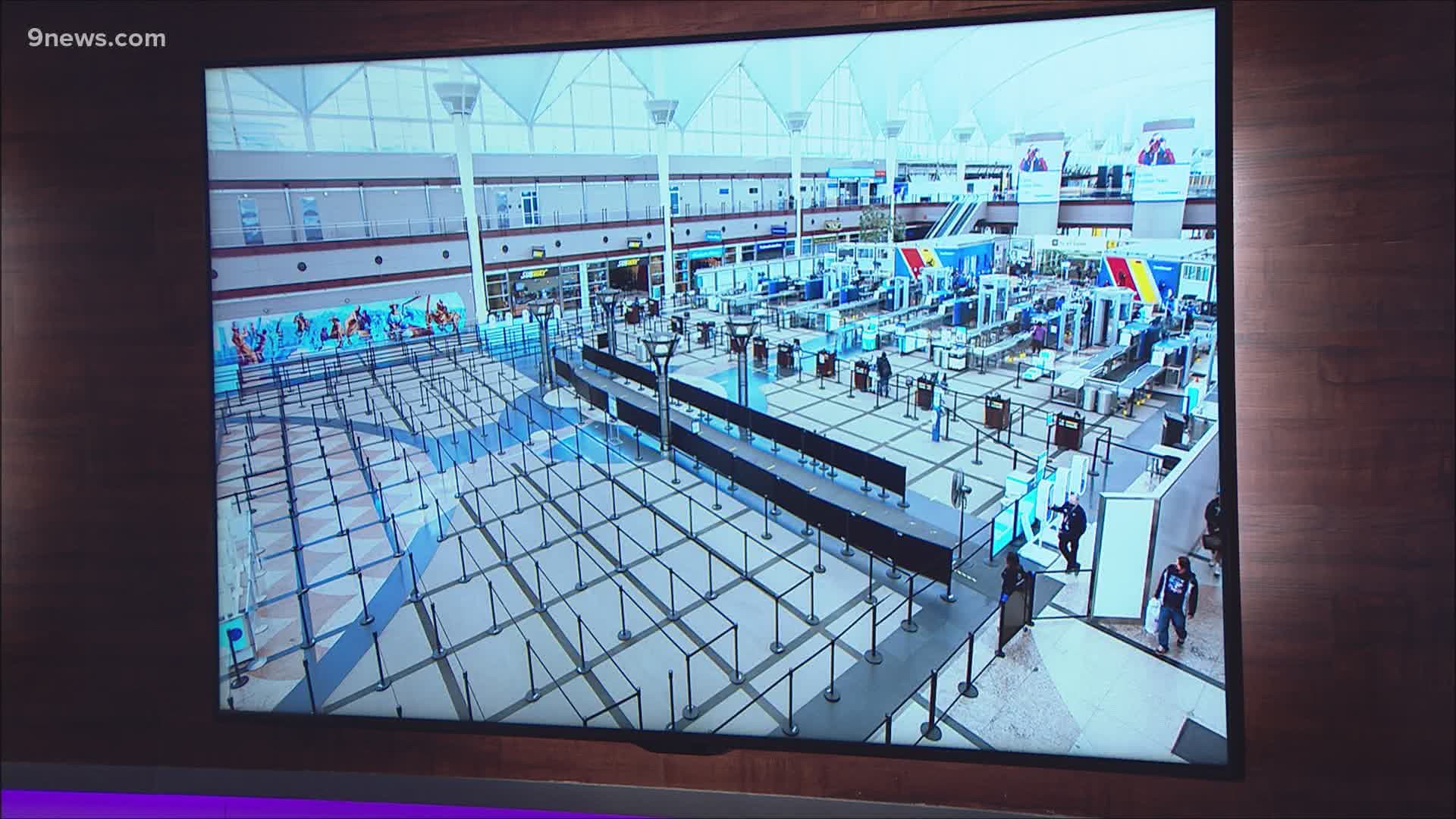 DENVER — The numbers tell a big part of the story: traffic at Denver International Airport’s security checkpoints is down 95% compared to last year.

There are 1,000 fewer flights per day, and dozens of planes are parked on a closed runway and deicing pads since they aren’t in use.

But it’s the pictures that really show just how much has changed at the once-bustling airport that recently celebrated its 25th anniversary.

RELATED: Here are the latest coronavirus travel waivers from airlines, Amtrak and Greyhound

It's worth mentioning that DIA's not alone when it comes to big decreases in traffic. Airports across the country have experienced similar hardship as social distancing guidelines and stay-at-home orders have virtually halted the travel industry.

Here's a look at some of the photos that illustrate the scenes at DIA, provided by the airport on Friday.

Since barely anyone is at the airport, there's barely any traffic to get there on the once-congested Pena Boulevard.

The parking lots surrounding the airport are also empty. Earlier, DIA announced it was closing the Pikes Peak and Mt. Elbert shuttle lots.

No one at drop off

It used to get congested to drop off passengers at DIA. This photo shows no one in sight.

No security lines, and no bags at baggage claim

Planes sit unused on the runways

DIA was one of the busiest airports in the U.S. just a few months ago. Now, the trains between the terminals are empty, and there is no trouble finding a seat at the gate.

There's not even a line at the airport McDonald's

This is the busiest restaurant at DIA.