The city added no parking zones to avoid crowding, plus new lighting along Seawall Boulevard to keep everyone safe. 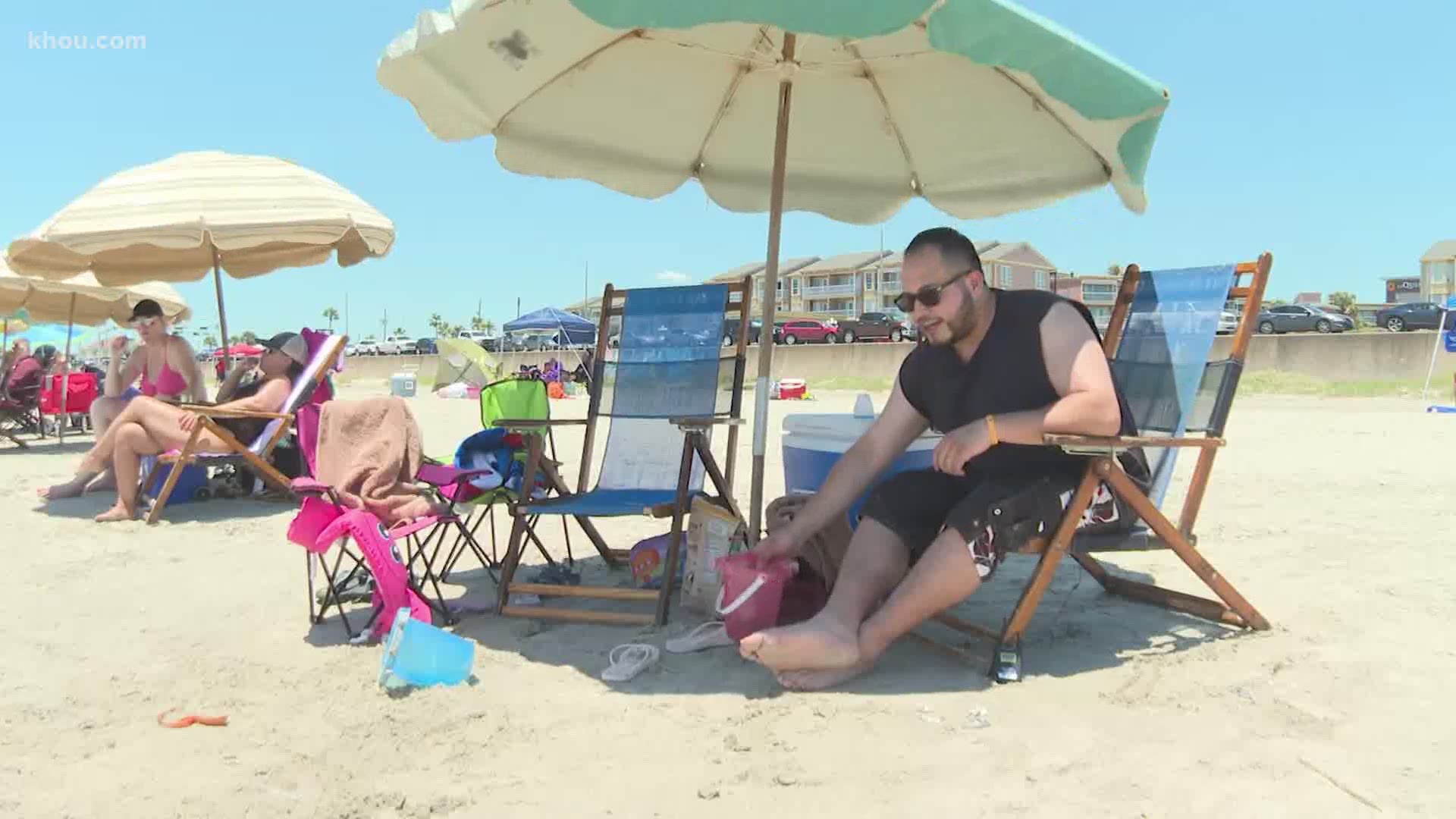 The city announced “No Parking Zones” over the weekend on the north side of Seawall Boulevard from 25th to 39th streets. Staff also closed off parking along 27th and 28th Streets from Seawall to Avenue Q to address some of the crowding issues in these areas over the last six weeks.

Also, Galveston's Parks and Recreation Department will have additional crews addressing litter pick up on major thoroughfares, the esplanade along Broadway, and other heavily trafficked areas as needed.

The City Marshal’s Office will have two marshals out each day of the weekend enforcing litter violations. Littering carries a $500 fine.

“The weekdays are like weekends. The weekends are like holidays," said Peter Davis, Chief of the Galveston Island Beach Patrol. "We're looking at one of the busiest summers we've had in a long time."

Davis said the increased trash indicates how many more visitors the beaches see: staff collect an average of 98,000 pounds of trash every weekend since beaches re-opened on May 1.

The larger crowds stretch Beach Patrol, Police, Fire, EMS, and other crews trying to keep everyone safe in and around the ocean. They encourage people to swim near lifeguards, stay away from piers and jetties where rip currents happen, and maintain situational awareness.

Especially as Texas sees a rise in COVID-19 cases, Davis said it is critical for people to maintain social distancing and proper hygiene.

"The reality is we're so busy trying to keep people alive with the volume people we're dealing with, we don't really have that ability. We're doing it where we can," said Davis. “We’re hoping that the public will remember we’re in the middle of the pandemic, even though it doesn’t look like it here at the beach and you want to forget about all that stuff and you want to have fun. But while you’re having fun, just remember to be socially responsible and do the things you need to do to protect yourself.”