'We're safe guys': These Houston-area moms want their children in school this fall

They say guidance from state officials, which lets school districts decide when to reopen, is what they have been waiting to hear. 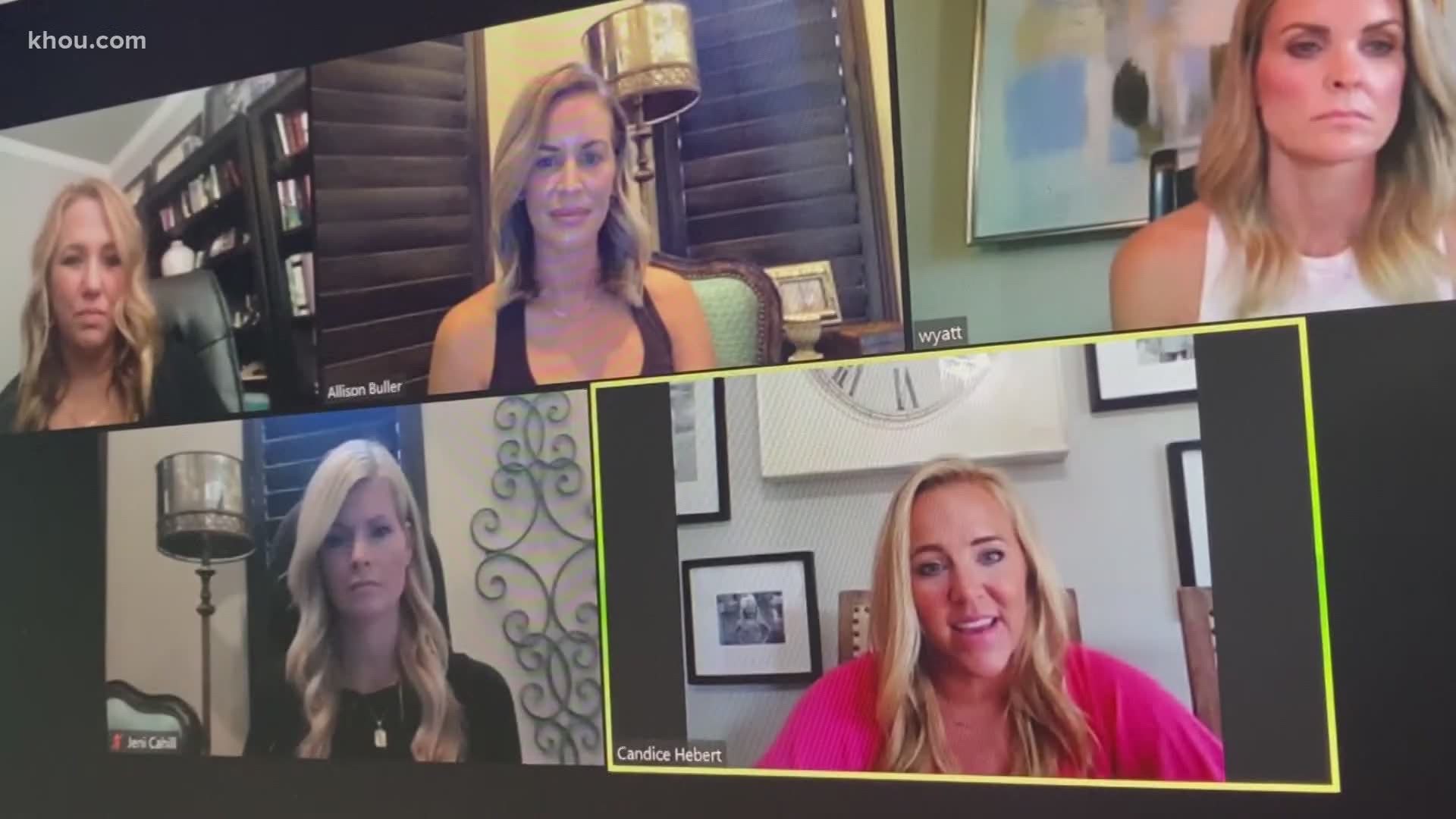 HOUSTON — The guidance issued by Texas Attorney General Ken Paxton is welcome news to several mother’s groups in the Houston area who have been pressing officials to allow their kids to return to the classroom.

For this group of Klein ISD mothers, the last several months at home during the coronavirus pandemic have not been easy. They said it’s time for their kids to go back to school.

The mothers said they believe the schools are safe, too.

“The teachers are doing everything they can to make it a safe environment,” Staci McCullough said. “It’s better for the kids to be in school than at home.”

Some of them said schools serve a role greater than education for those who depend on it for safety.

“Home life for some of these kids is not ideal,” Allison Buller said. “And we need to protect those kids and be a voice for those kids as well.”

Mothers were forced to add “teacher” to the list of their duties since the pandemic first started. The majority of them have full-time jobs as well.

“My job is in jeopardy,” Hebert said.

The pandemic created a situation for some that has made life unmanageable.

“I can imagine my husband telling his boss he has to be home to home school his kids for three weeks,” Hebert said. “He would be fired.”

There are other groups of mothers that have organized in the Houston area with children who attend schools in districts including HISD and Spring Branch ISD. A group of mothers in West University calls itself the “Red Apple Protest.”

They demonstrated outside of West U. Elementary on Monday, and it was not without controversy. A photo of group members alongside a counter-protester dressed as the Grim Reaper has been circulating on Reddit.

The mothers and the attorney general agree it should be the school system’s decision to be open or closed during the school year.