The young Valley man told us from his hospital bed that he didn't take COVID-19 seriously enough. 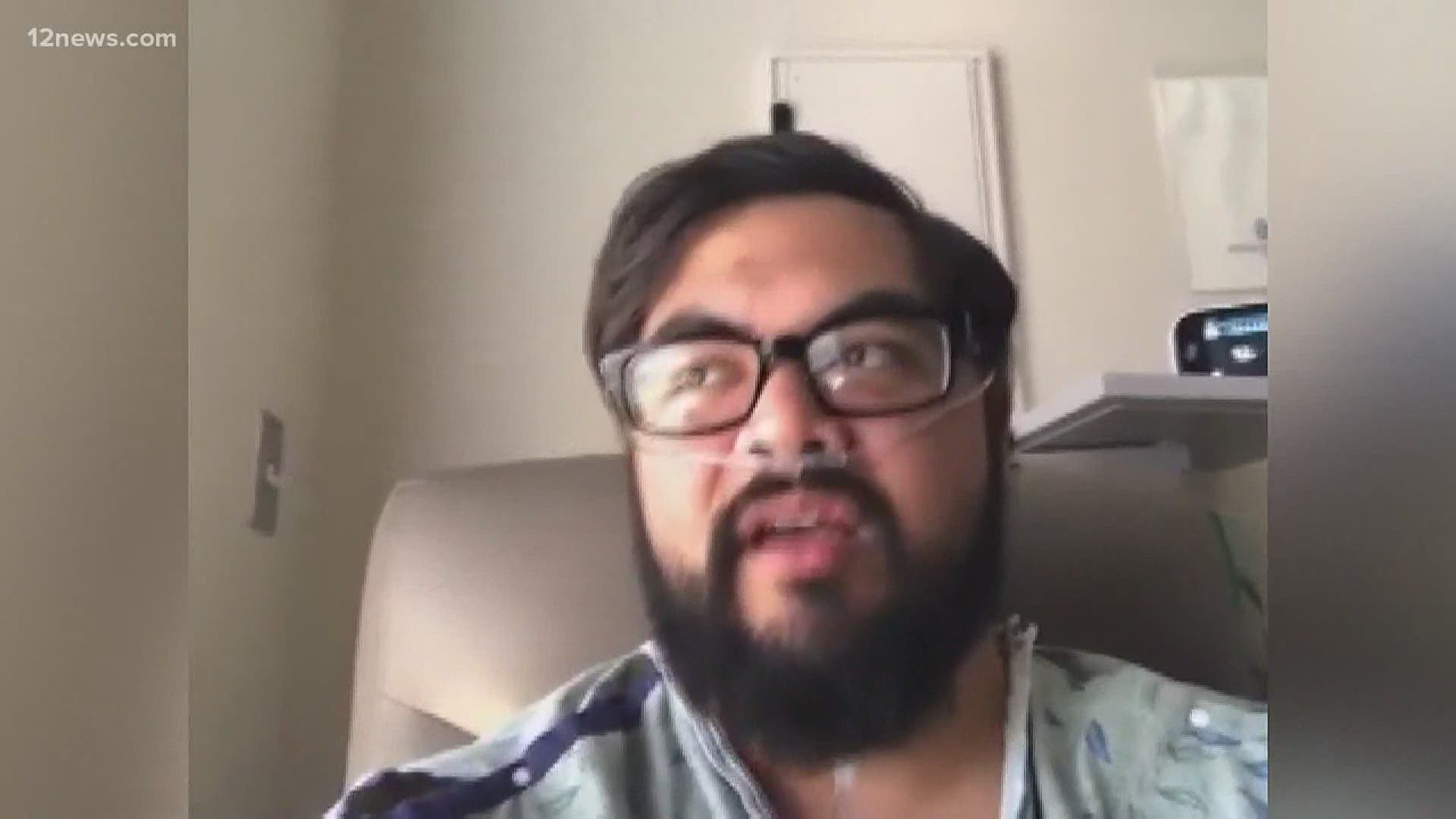 SCOTTSDALE, Ariz. — As case numbers climb in the Grand Canyon State, some companies are considering temporary closures or shifting to take-out to slow the spread.

One Valley man, Jimmy Flores, said he caught COVID-19 after a night out in Scottsdale and ended up in the hospital.

He told 12 News he wished he was more cautious. His personal battle with the fast-spreading virus started roughly two weeks ago.

Flores says he went out to a bar in Scottsdale and days later tested positive for the coronavirus.

"My fever was going to 103. I was having chills, body sores, abdominal pain, everything," Flores said.

"I was very ignorant about it. I thought I was just going to be one of the people who was immune from it," he added.

But after coming down with symptoms and feeling out of sorts, he went to get tested. The results were unsettling.

"If I took a deep breath, I would feel a pinch. And then a day later, I had to fight to take a breath, it was very fast," he said.

Flores opened up on social media about how Maricopa County Health Officials helped pinpoint where he contracted coronavirus.

"They had broke down where I was at, who I was with because after my assessment, they said, 'You got COVID two days before you got sick,'" Flores said.

He gave followers and friends updates, and more importantly, insight.

"I really wanted to give someone that feeling of, 'I now know someone and they're in the hospital and this is real,'" Flores said.

After several days in the hospital and multiple medications plus ongoing oxygen, Flores says he understands why he has to undergo nine more days in care.

"I'm OK with it because I want to survive this thing. I want to breathe properly and I don't want to be contagious going out there in the public," he told 12 News.

He tells us the new mandate on masks is a good way to protect yourself and he hopes everyone will exercise caution and stay well.

RELATED: These are the Arizona cities, counties and communities that have mask requirements 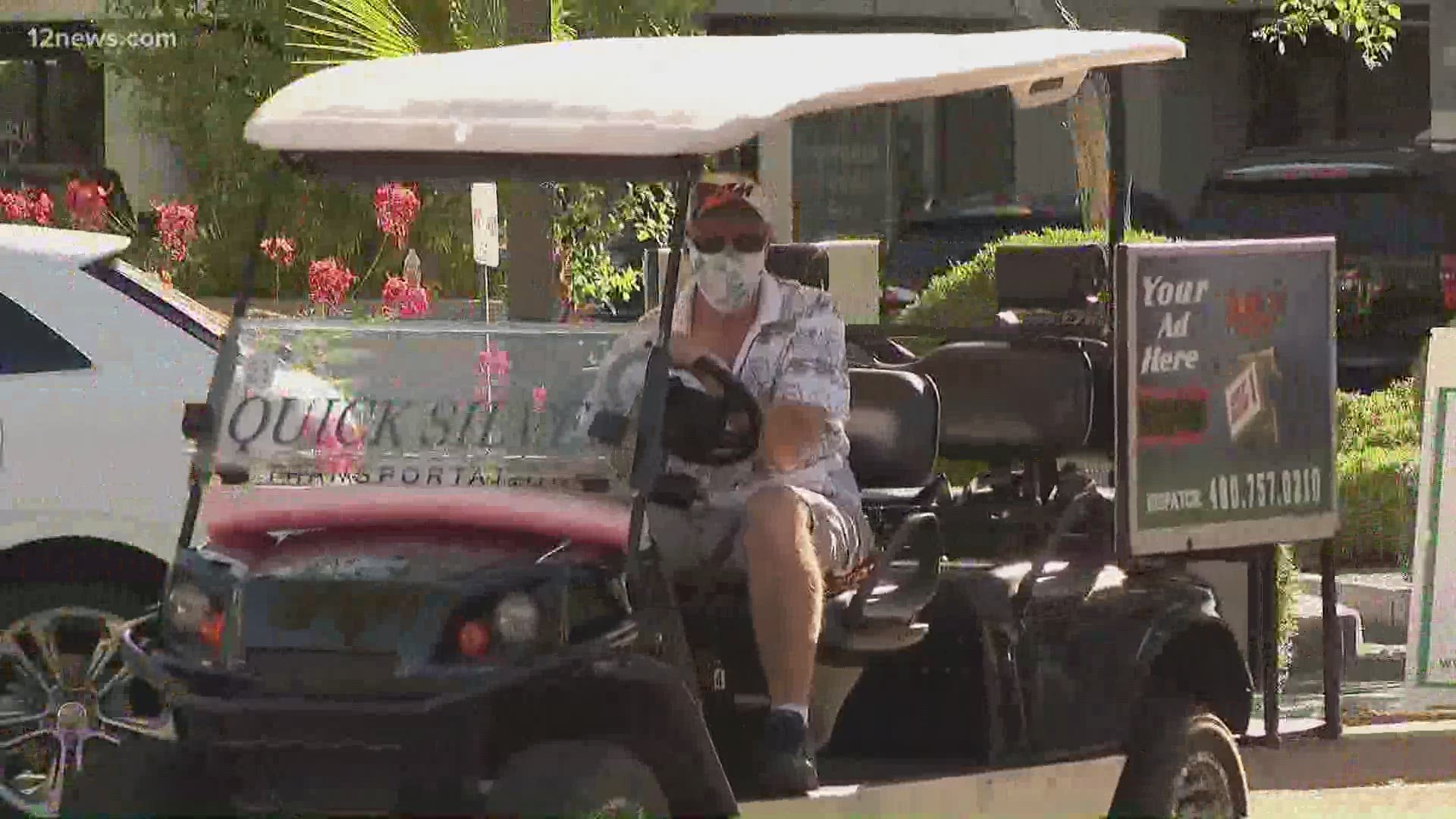