With Marylanders still frustrated by vaccination appointments, lawmakers are pushing for new solutions

One senator hopes to set up mobile vaccination units to bring doses into underserved communities. 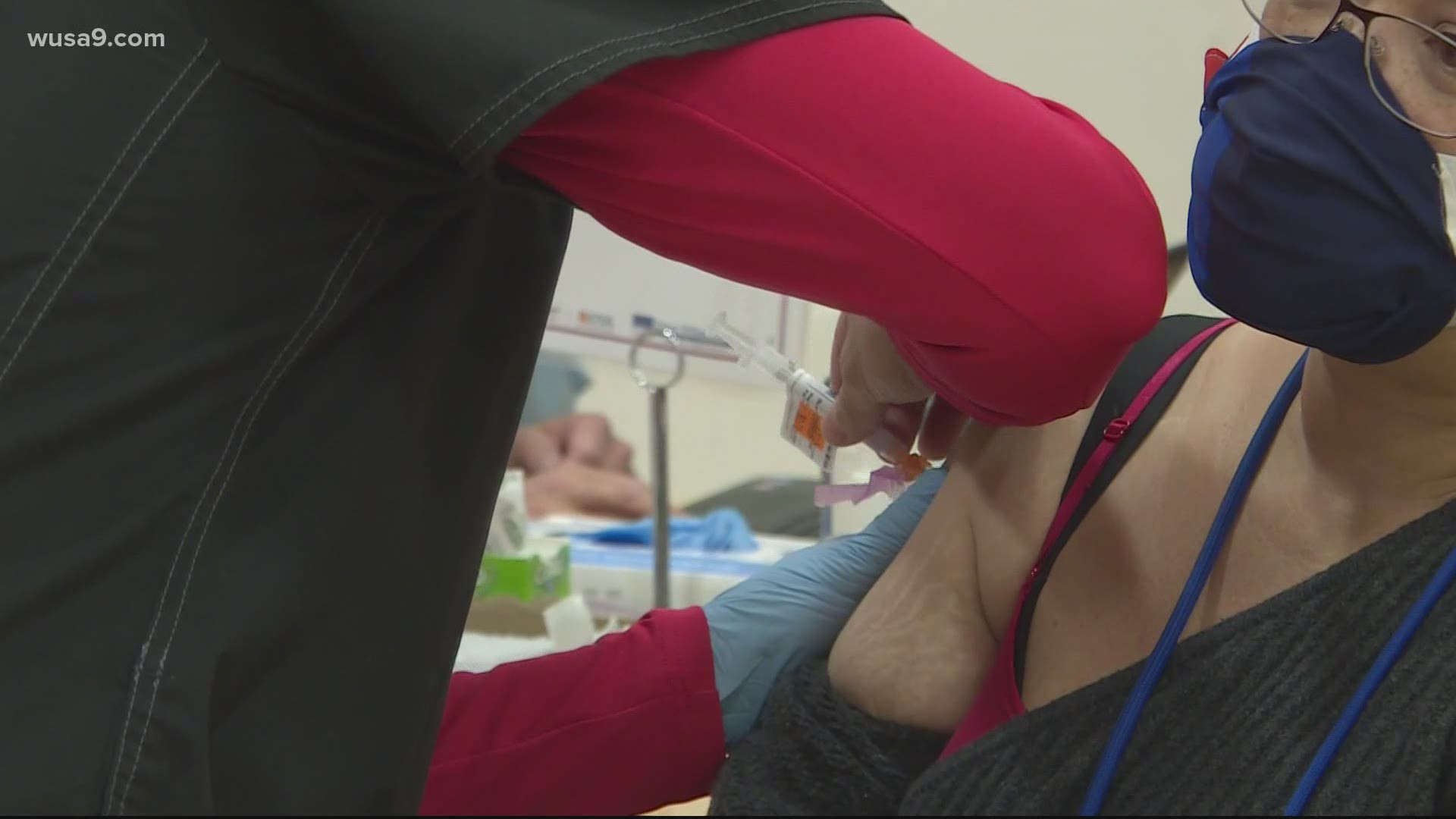 BOWIE, Md. — Trying to sign up for a vaccine appointment has been a headache, to say the least, many Marylanders say.

Prince George's County resident and University of Maryland professor, Alexandra Calloway, has been signing onto at least four sites a day every day since the state opened up vaccines to group 1B -- all to no availability.

“I’m spending anywhere from 10 to 15 minutes to an hour on the computer, just trying to get appointments," Calloway said.

She said typically by the time she fills out all of the forms with her information, there are no appointments left.

“There’s the state of Maryland website which does not directly let you sign up for any appointments…Safeway website…Giant website...and they all seem to release at 4 o’clock," she said. "So at 4 o’clock I’m pulling up all my tabs, and I’m refreshing.”

Calloway said she was disheartened to learn that Maryland's Acting Health Secretary didn't have an answer as to the best way to sign up for appointments during the Maryland Senate Vaccine Workgroup's oversight meeting Monday.

During the meeting, Senator Jim Rosapepe (21 District - D) asked health secretary Dennis Schrader, "Should you be signing up every single place you can to try to get an appointment, or is there some centralized place you go one place and it signs you up every place?"

Schrader replied, "I'd have to think about that question."

🚨NEW >> In a Zoom meeting... Maryland’s acting health secretary said **he DID NOT know** the best way for Marylanders to sign up for a #COVID19 vaccine.

He said Schrader told the group that he would give them a more detailed plan on appointment advice for Marylanders to come to their next meeting on Monday.

Rosapepe said he expects the process to smooth out as the state gets more vaccine supply, but for now, he called it a "chaotic mess."

Still, he worries that a centralized appointment system could crash and then leave everyone out of luck.

The Maryland Department of Health said for those looking for help finding a vaccine appointment, they should call 211 and dial 2, or use the state's website to find a nearby clinic, saying, “By having multiple reservation options, the website enables citizens to access the vaccine in whatever manner is most convenient for them.”

At this point, however, "convenient" is not how Calloway would describe the process.

Over in Virginia, Governor Ralph Northam said a centralized appointment system should be up and running in a few days. His team said they should have updated information later this week.