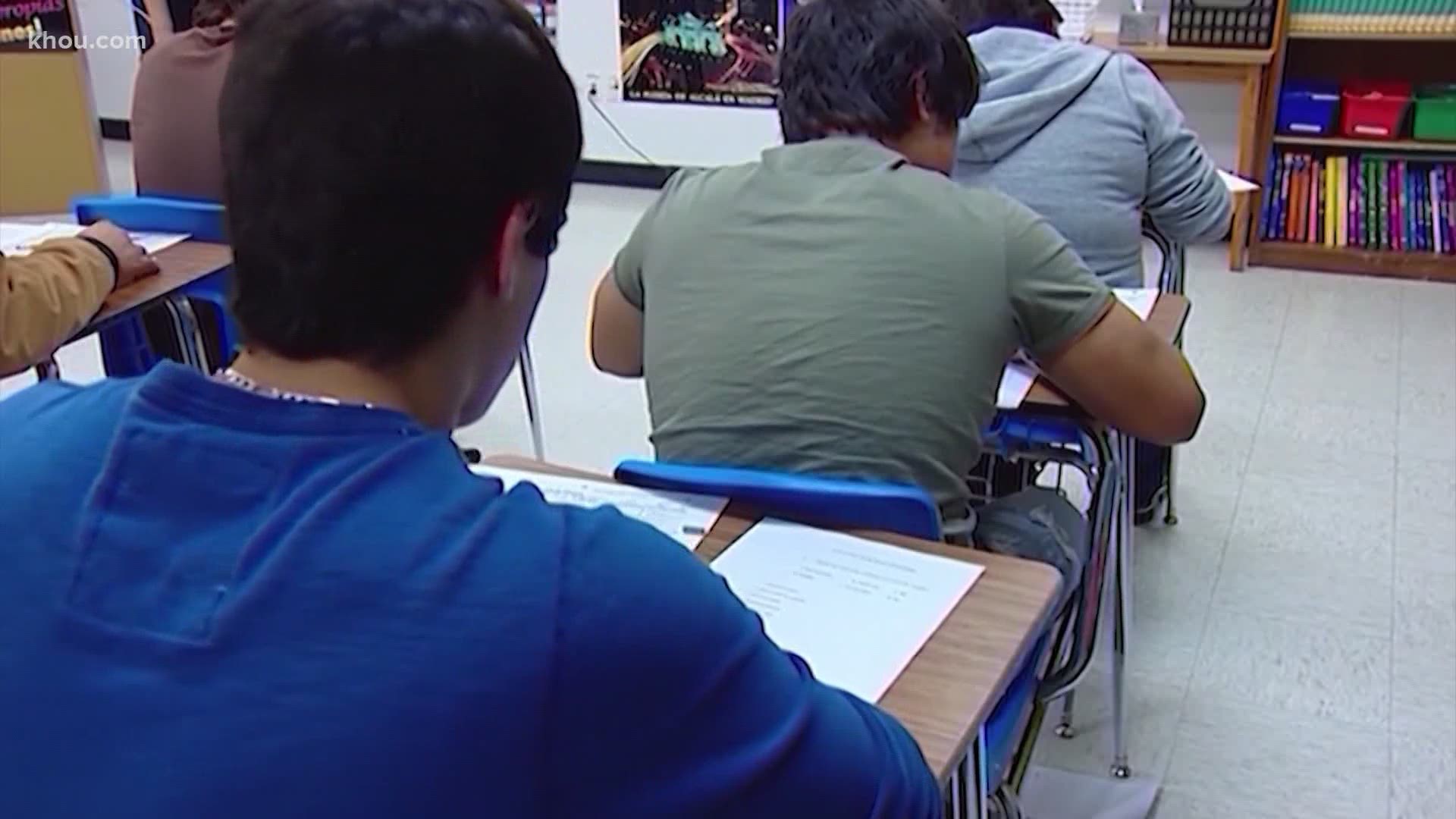 Editor's note: The video in this story is the July 28th report about Paxton's comments on local orders

The Association of Texas Professional Educators on Wednesday released a statement about Paxton’s comments, saying they only serve “to hinder or confuse matters as districts and educators work toward reopening campuses successfully and safely.”

Paxton on Tuesday stated local governments like cities and counties may not issue "sweeping orders closing schools for the sole purpose of preventing future COVID-19 infections. Rather, their role is limited by statute to addressing specific, actual outbreaks of disease."

KHOU 11 News
Harris County Judge Lina Hidalgo, who has banned schools from having in-person instruction until Sept. 8, responded to his statement stating, "our actions to saves lives from this crisis should be...

As part of the group's statement Wednesday morning, ATPE again said educators “need leadership and criteria for reopening” and not a "political competition."

“ATPE has urged state officials—as outlined in our July 14 recommendations and referenced in our July 17 statement—to provide straightforward guidance that will help school districts and educators implement plans to reopen school campuses safely for the new school year, now mere days away.”

"We Need Leadership and Criteria for Reopening Campuses, Not a Political Competition Between State and Local Officials"

“ATPE has urged state officials—as outlined in our July 14 recommendations and referenced in our July 17 statement—to provide straightforward guidance that will help school districts and educators implement plans to reopen school campuses safely for the new school year, now mere days away.

ATPE appreciates that TEA is providing school districts with additional suggestions for planning the new school year, such as those featured in the agency’s updated guidance. These include protocols for responding to suspected infections on the campuses and topics for discussion with local health authorities prior to the start of the 2020-21 school year.

With this updated guidance, TEA has at least provided some clarity surrounding the transition periods in which districts may move from virtual to in-person instruction, as outlined in its initial guidance document, and a framework for necessary, collaborative discussions that should have taken place weeks or months ago but are ‘better late than never.’

That said, at a time when school districts must decide what is best for their employees, students, and community and are navigating a maze of executive orders and recommendations, ATPE believes the letter issued today by the Texas Attorney General only serves to hinder or confuse matters as districts and educators work toward reopening campuses successfully and safely.

Describing in vague terms the circumstances under which a local health authority may issue an order that deviates from the governor’s prior orders does not provide our school districts with any clear or concrete guidance to help them make the difficult decisions they are facing.

ATPE has previously stated that school districts, acting with the help and advice of local and state health experts, should be empowered to make their own reopening decisions without the threat of losing funding. Texas public schools need demonstrated leadership, input from educators and parents, and simple criteria for opening their campuses that are based on measurable, objective health-related data at the local level rather than being steered by political pressure or competition between various local and state officials.

Unfortunately, local school officials have been given inadequate guidance and are struggling to draft plans that will satisfy a convoluted maze of local, state, and federal directives. ATPE recognizes that COVID-19 has created fluid situations that demand frequent updates and revisions to plans. However, with multiple directives and guidance being issued by different branches and levels of government, it is no surprise that school leaders and educators are frustrated. The state should do everything in its power to protect the lives of Texans and support a safe and productive learning environment, not create needless confusion.

ATPE will continue to analyze and share details on state and federal guidance as it is issued and offer our recommendations for decisions on returning to campus. We encourage educators to visit ATPE.org/coronavirus for updates and answers to frequently asked questions.”