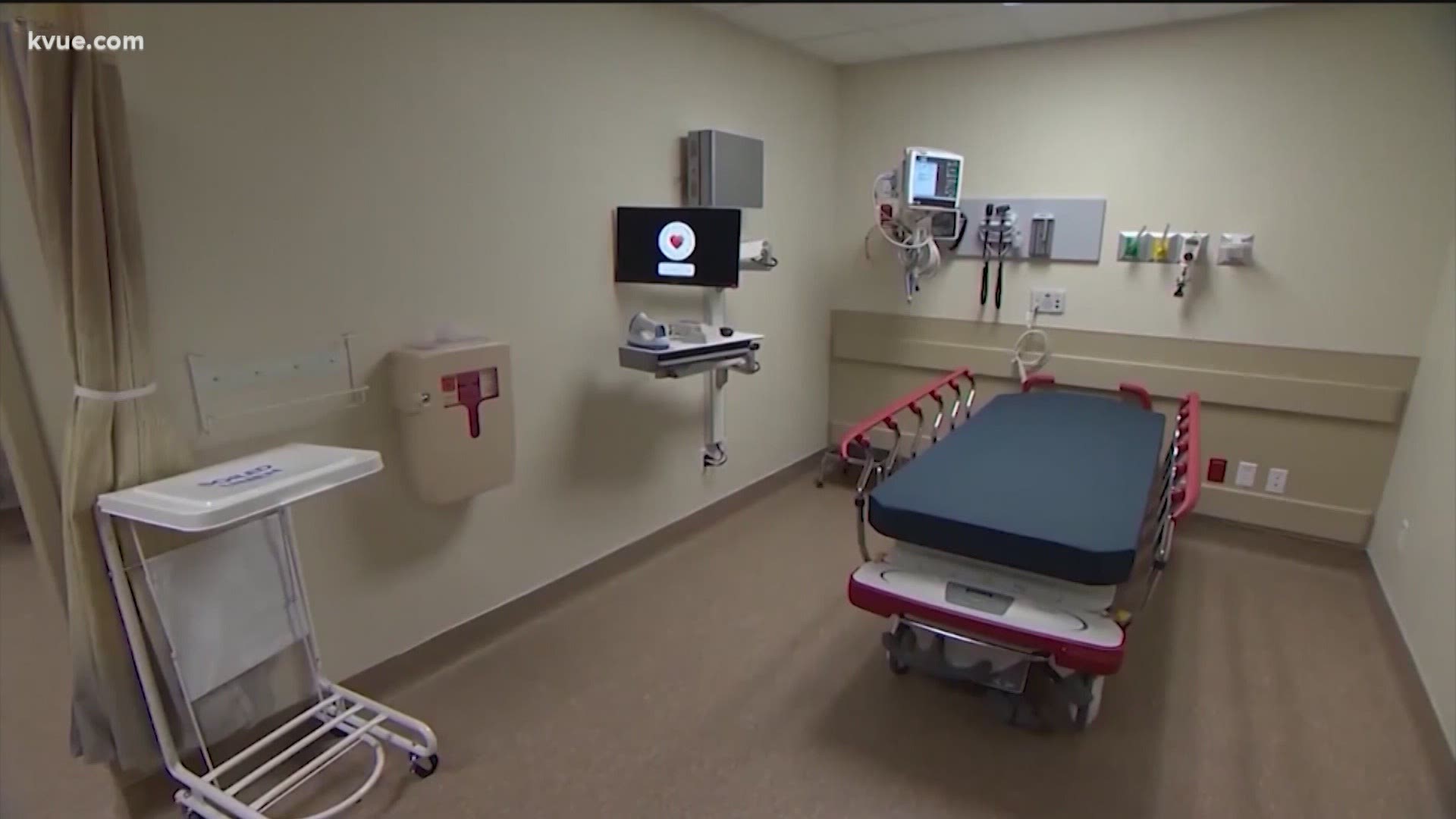 AUSTIN, Texas — The mayors of several major Texas cities are asking Gov. Greg Abbott for the authority to set rules and regulations on the use of face coverings in their cities to prevent the spread of COVID-19.

Austin Mayor Steve Adler and the mayors of Houston, Dallas, San Antonio, Fort Worth, Arlington, El Paso, Plano and Grand Prairie sent a joint letter to Abbott on Tuesday. In it, they thanked the governor for his leadership during the pandemic and noted that it's understandable that Texas is seeing more confirmed cases of COVID-19 as testing for the virus has increased.

"That's why we are writing to you today about one of the best ways to keep businesses open and people safe from COVID-19: the wearing of face masks," the letter reads. "This one step could prove to be the most effective way to prevent the transmission of this disease. Yet many people in many of our cities are still refusing to wear these face coverings even though these coverings are scientifically proven to help prevent the disease from spreading."

RELATED: Why wearing a mask is important to slow the spread of COVID-19, according to experts

The mayors then go on to ask for the authority to govern the use of face coverings in their cities, saying that local officials should be trusted to make informed choices about health policy. The mayors believe if they are allowed to require face coverings, their cities will be ready to help reduce the spread of coronavirus.

"If you do not have plans to mandate face coverings statewide, we ask that you restore the ability for local authorities to enforce the wearing of face coverings in public venues where physical distancing cannot be practiced," the letter states. 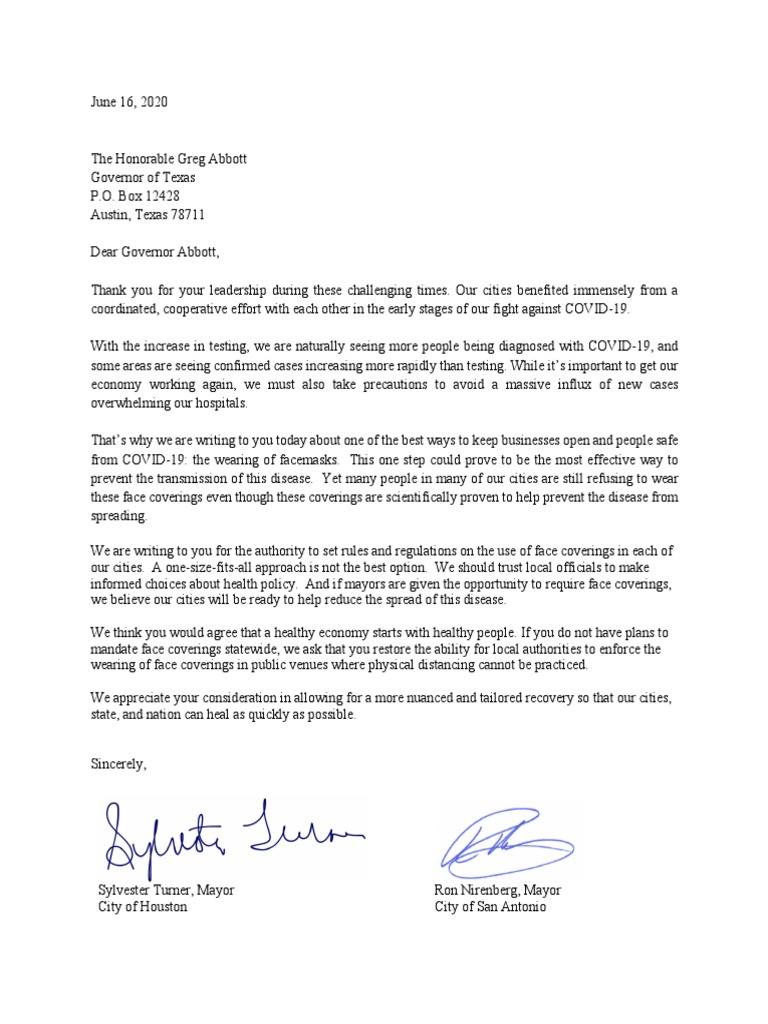 TXMayorsLtr Gov FaceCoverings
Governor of TexasP.O. Box 12428Austin, Texas 78711 Thank you for your leadership during these challenging times. Our cities benefited immensely from acoordinated, cooperative effort with each other in the early stages of our fight against COVID-19. With the increase in testing, we are naturally seeing more people being diagnosed with COVID-19, andsome areas are seeing confirmed cases increasing more rapidly than testing.

The governor's office responded to the letter in a statement that read: "None of these local officials have lifted a finger to impose penalties and enforcement mechanisms currently available to them. The one time a county judge did, a business owner wound up in jail.”

Adler responded to that statement in an interview with KVUE on Tuesday evening.

"We're trying to figure that one out right now because we saw the governor's suggestion in the press conference that city should be doing more doing to enforce face coverings. And we're not real sure exactly how we do it since the governor took away doing fines and and and doing jail time," Adler said.

On Wednesday, Adler said the governor has given the mayors a path forward, prompting city leaders to draft orders directing businesses to come up with a simple safety plan over the next several days.

"Austin businesses are great and many of them, if not most, have already done this," said Adler. "During this time, we will transition to a more direct order on masks, working with our business community so our whole city moves forward together and so that everyone can get prepared."

For Austin-Travis County, Adler said it was never about fines or jail time, but instead about sending a clear message.

"Our desire is for people to wear face coverings more. And I think that being able to make it mandatory here locally will change the messaging. And I think we'll see more and more people wearing masks," Adler said.

In the early weeks of the COVID-19 pandemic, many Texas cities – including Austin – issued local orders requiring residents to wear face coverings in public. However, in early May, Abbott issued an executive order that stated doing so is not required by state law.

Since then, local leaders and Abbott himself have continued to encourage wearing face coverings to slow the spread of the virus.