As COVID-19 cases surge, state agency reverses decision to require Texans on unemployment to look for a job

With COVID-19 cases and hospitalizations surging in some of the state's most populated metropolitan areas, state officials have now re-suspended work searches. 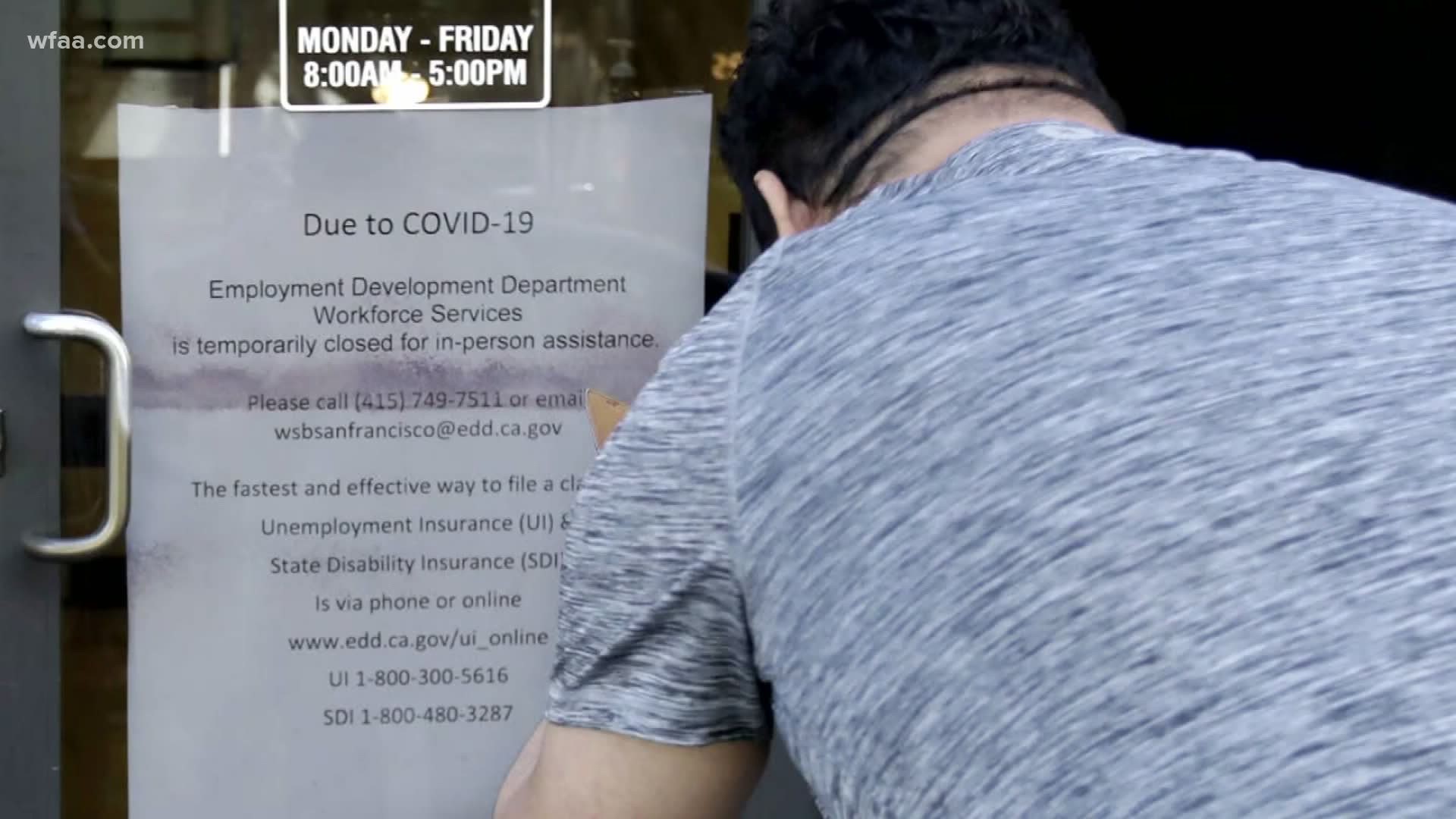 In an extraordinary move, the Texas Workforce Commission decided Tuesday to retreat from a plan to require work searches starting July 6.

Early in the COVID-19 pandemic, stay-at-home orders and a shuttered economy led TWC to waive that work search mandate for Texans applying for unemployment.

Since then, millions of Texans have lost their jobs, and have been able to collect state and federal unemployment payments without the added pressure of looking for work.

Starting July 6, the agency was set to begin requiring beneficiaries to make three attempts per week to find a job in order to keep receiving unemployment.

But with COVID-19 cases and hospitalizations surging in some of the state's most populated metropolitan areas, and the governor pausing and rolling back recent reopening efforts, TWC has now re-suspended work searches.

"Based on the increase in COVID-19 cases and the governor's June 26 executive order, we'll be pausing the reinstatement of the work search requirement for unemployment insurance," Ed Serna, the executive director of the agency, said during a meeting Tuesday morning. "We'll continue to monitor the situation and come back to the commission in late July with a recommendation regarding reinstatement at the current time."

So far, the agency has not set a new date for when searches might be required again. Any decision to return to work searches will likely come with at least two weeks of warning.

Therefore, since the agency is not expected to meet again until late July, it is likely that work searches will be suspended through at least mid August.