The 88-year-old professor was in a retiree-rehire position. 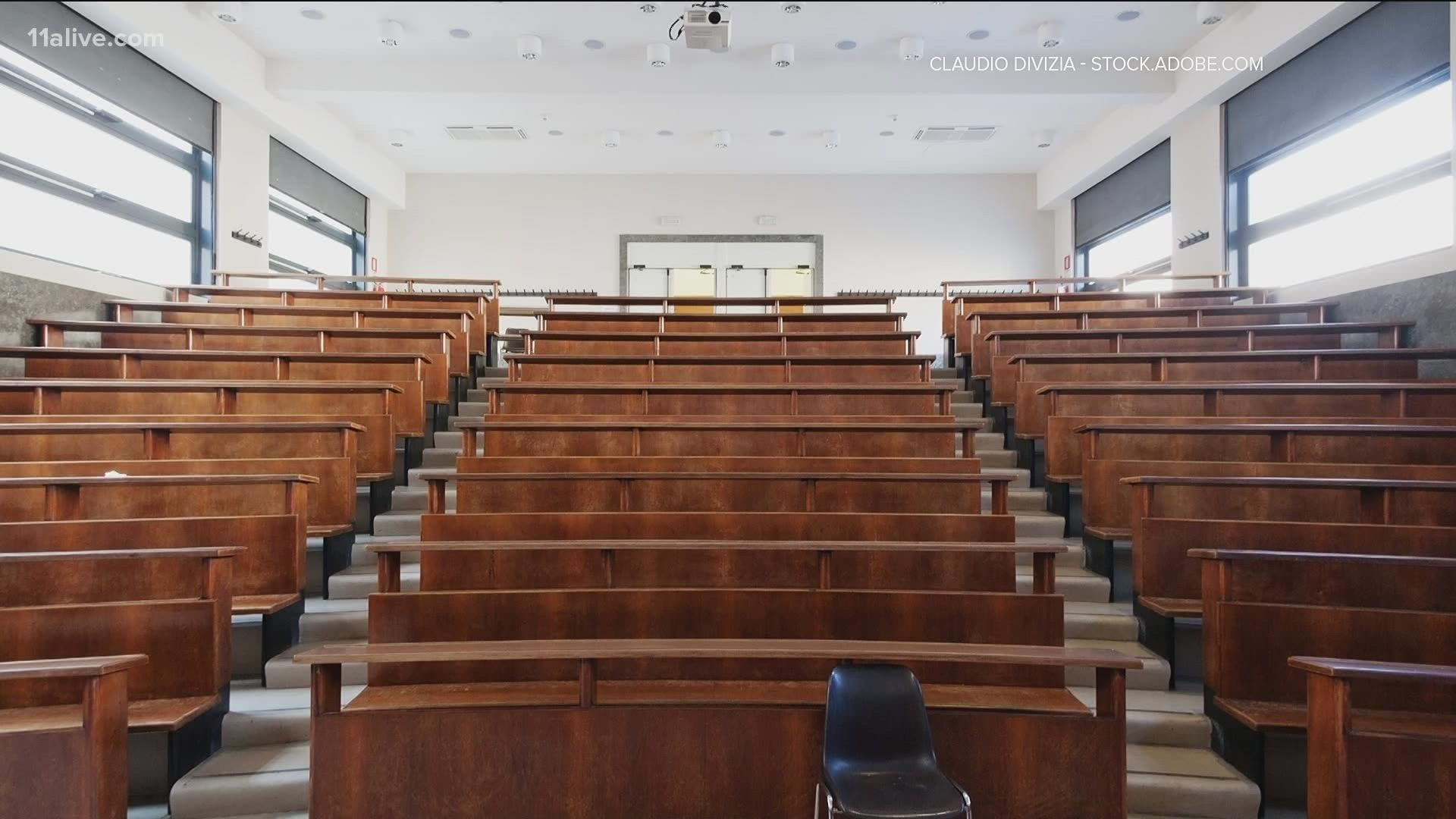 ATHENS, Ga. — A UGA professor reportedly resigned in the middle of class this week, walking out and quitting on the spot after a student wouldn't pull her mask over her nose.

UGA student Dania Kalaji reported for the school's The Red & Black newspaper that 88-year-old psychology professor Irwin Bernstein asked the unnamed student to wear the mask properly, explaining his COVID risks at his age and with conditions including Type 2 diabetes, after she was given one upon arriving to class without a mask.

The student reportedly responded that she had a hard time breathing with the mask over her nose. According to the student paper, after taking attendance Bernstein repeated his request and the student did not respond.

At that point, another student told the paper the professor said, "That's it, I'm retired," and walked out.

Bernstein told The Red & Black that as an Air Force veteran he had risked his life to defend the country, but was "not willing to risk my life to teach a class with an unmasked student during this pandemic."

The student was reportedly the only one in the class of 25 to express any discomfort with the masks. The 88-year-old professor was in a retiree-rehire position.

The incident at UGA came the same week a Georgia State instructor was fired over her refusal to teach in person without a mask mandate. Georgia's public universities within the University System of Georgia do not have such a policy in place.

That instructor, Cody Luedtke, told 11Alive's Paola Suro she "fretted about it quite a bit until I finally decided I couldn't teach in an environment like that."

"It crossed a moral boundary for me because it's so unsafe for the students and the greater community," Luedtke said.