Every weekend one group of families separated by the border gathers on either side to call for Canada and the U.S. to reopen. 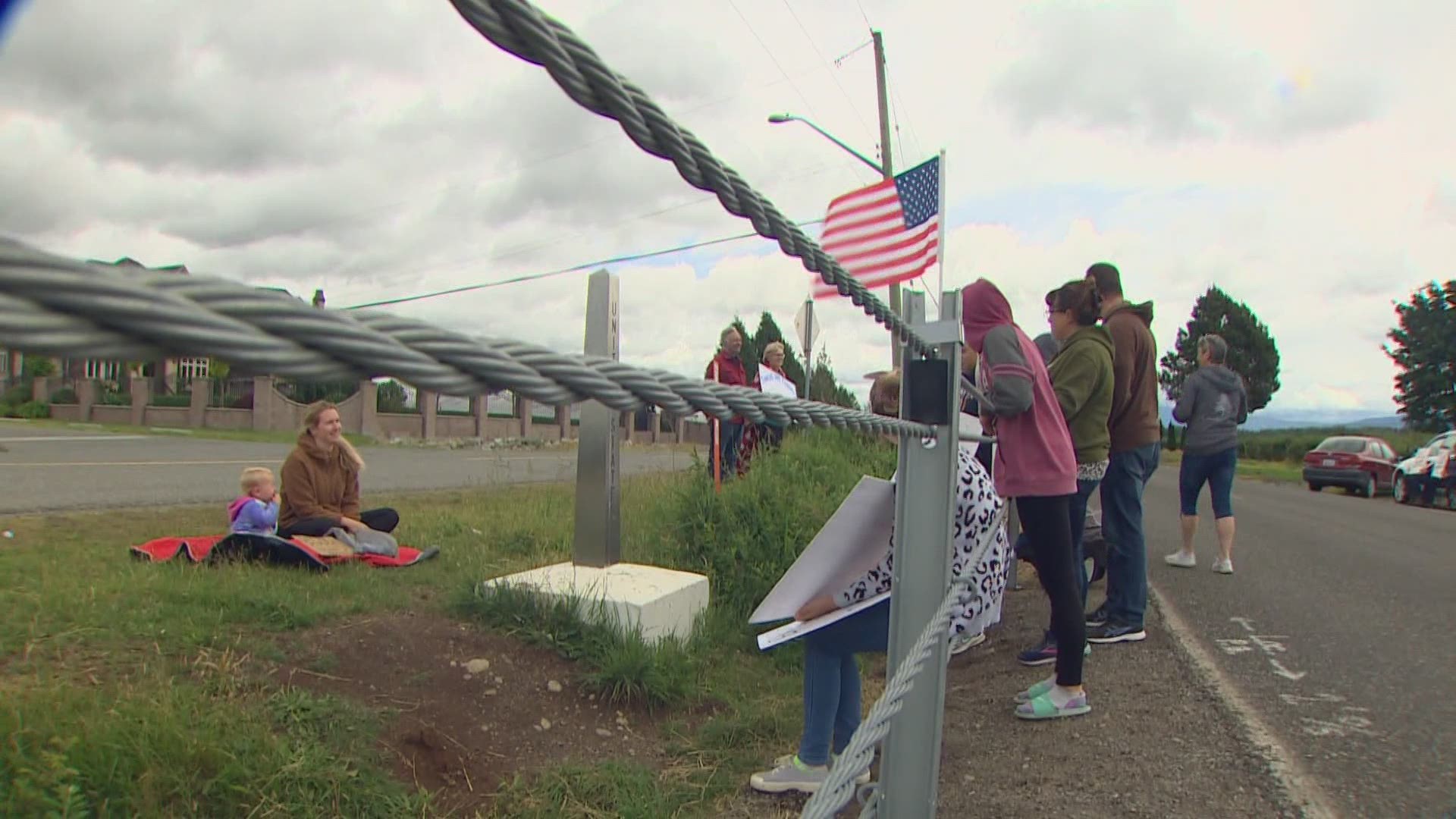 Some Washington families are saying enough is enough.  They’ve been cut off from loved ones for more than a year and believe with the success of the vaccine rollout it’s time to allow families to reconnect.

On Saturday families gathered on both sides along the border near the small community of Lynden to push for the border to reopen.

There's an area among farm fields where the roads converge and run side by side, with just a simple cable fence to mark the border.

“It kind of makes me angry really, and sad, it's just not right,” Fiona Houweling said.

Although the families came out to protest the border closure, there were mostly smiles at seeing loved ones.

“We're here to raise awareness to both sides that we want the borders open and that families are essential,” Houweling said.

They are excited about the possibility that the US may open its side on June 22 but that could put Canadians in a tough spot if they face quarantine or difficulties in trying to return to Canada after a visit. Several people said they want both countries to reopen.

Sarah Beintema frequently meets loved ones at the fence so they can see her young daughters. They sat out in the rain at Christmas just to be together.

“We got takeout and sat at Peace Arch and sat there for Christmas and my birthday, it's the weirdest Christmas we've ever had,” she said.

Her three brothers came Saturday just for a chance to visit their niece.

“Pretty weird especially with the niece, this is the first niece and grandkids for my parents and this is where we've seen her grow up,” Matthew Hicks explained.

Linda Wylie says the long separation is taking a toll, but she remains hopeful they’ll be reunited in time for her husband’s 80th birthday.

“I’m sick of the border being closed for so long,” she said.

Saturday marked the third weekend the group gathered, and they said they'll continue to come out as long as the border remains closed.