Here is a running list of cities and counties that have announced cancelations and provided information so far. 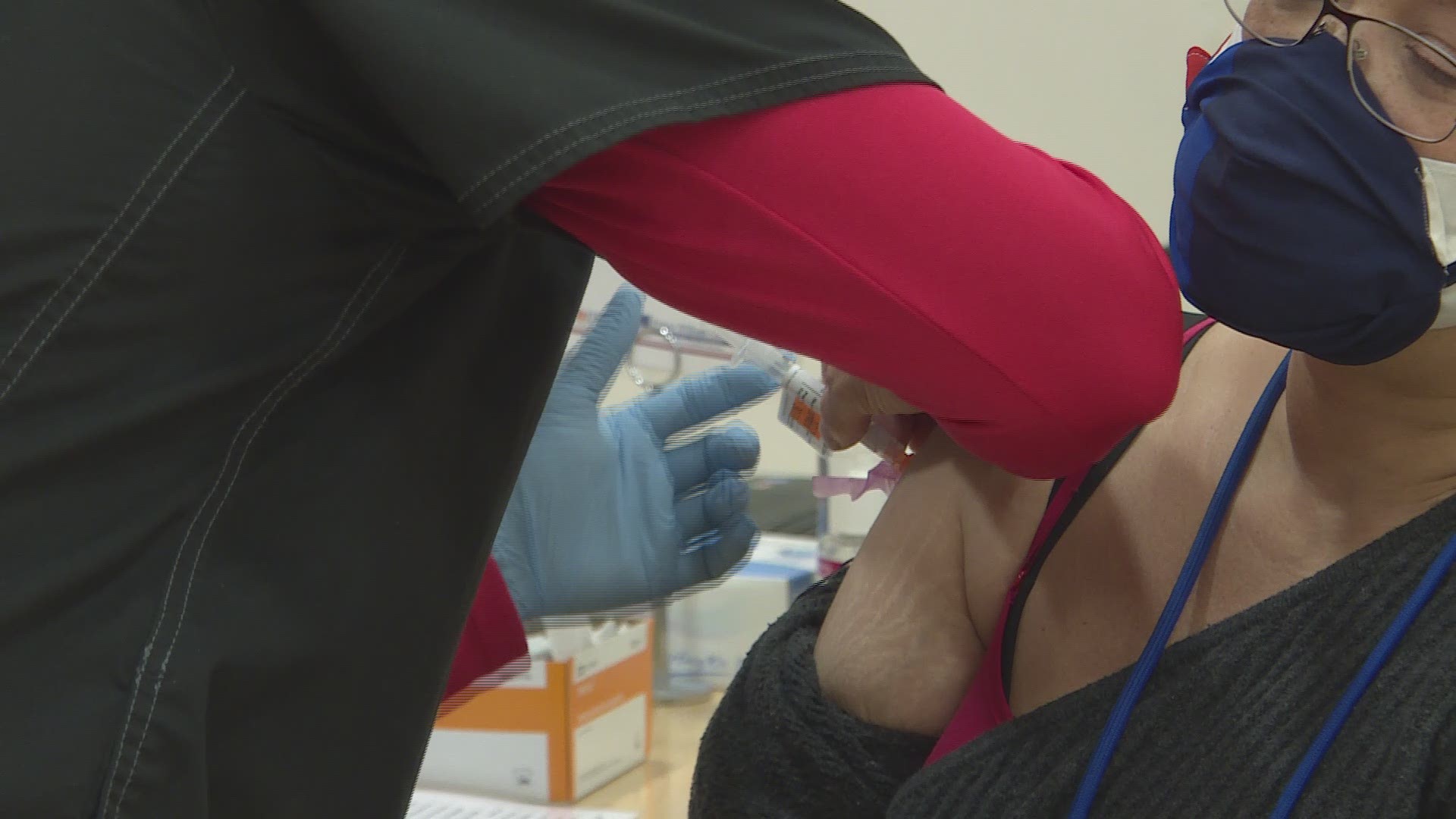 WASHINGTON — Localities across DC, Maryland and Virginia are beginning to cancel COVID-19 vaccination appointments due to the impending winter weather that will start to impact the region on Sunday.

On Saturday, the National Weather Service added D.C. along with most of Maryland and Virginia, where 4 to 8 inches snow will be possible. Ice accumulation of under a .25" ice is possible late Sunday night, too.

Here is a running list of cities and counties that have announced cancelations and provided information so far:

The Fairfax County Health Department has decided to cancel all vaccination appointments after 12:30 pm tomorrow because of the impending storm. Between 8 a.m. and 12:30 p.m. is still on. For those whose appointments have been canceled, the county says it will send out a link to reschedule at a later date. For those who have a morning appointment Monday but feel concerned about traveling there, they can reschedule as well.

#BREAKING: @fairfaxhealth has decided to CANCEL all vaccination appointments after 12:30 pm tomorrow b/c of the impending storm. B/t 8am and 12:30pm is still on.

If your apt. is canceled or you don't feel safe traveling, you'll get a link to reschedule. @wusa9 pic.twitter.com/RSyWeam2kn

Mary Anderson of Montgomery County Health and Human Services tells WUSA9 there will be no appointments available for the first dose on Monday and Tuesday. Anderson said the county decided Saturday afternoon to cancel the 1,000 second-dose appointments that were scheduled for Monday and have rescheduled them for Tuesday or Wednesday.

Prince George's County Public Schools posted on Twitter that the vaccination clinic for PGCPS employees will move forward as planned on Sunday.

In regards to school on Monday, CEO Dr. Monica Goldson said: “If we have all the snow that’s expected, we’ll be on virtual learning on Monday.”

Employees with Sunday appointments should arrive 10 minutes prior to their scheduled appointment time.

However, the county announced Sunday that all COVID-19 vaccine appointments will be canceled for Monday, February 1, 2021 due to the storm.

Prince William County Public Schools is holding a vaccination clinic for 2400 staff members this weekend at Unity Reed High School. Spokesperson Diana Gulotta said PWCS and Novant Health UVA (who's running the clinic) are moving forward with appointments Sunday, despite the storm. She said PWCS will have crews on location constantly plowing to allow for safe passage. Gulotta said if people do not feel comfortable traveling to the clinic in the snow, they can reschedule for a later date. She said they have a full waitlist on hand of eligible staff members, whom they can call to come in and take those appointments -- to make sure no vaccines go to waste.

A spokesperson for the Prince William Health District said if their vaccine clinics get canceled for Monday, "those who have appointments will be contacted and will be rescheduled for this coming week since accommodations have been built-in for this very reason."