With the new tool, each resident is contacted three times over the span of several days. After each attempt, the response rate increases to as high as 96%. 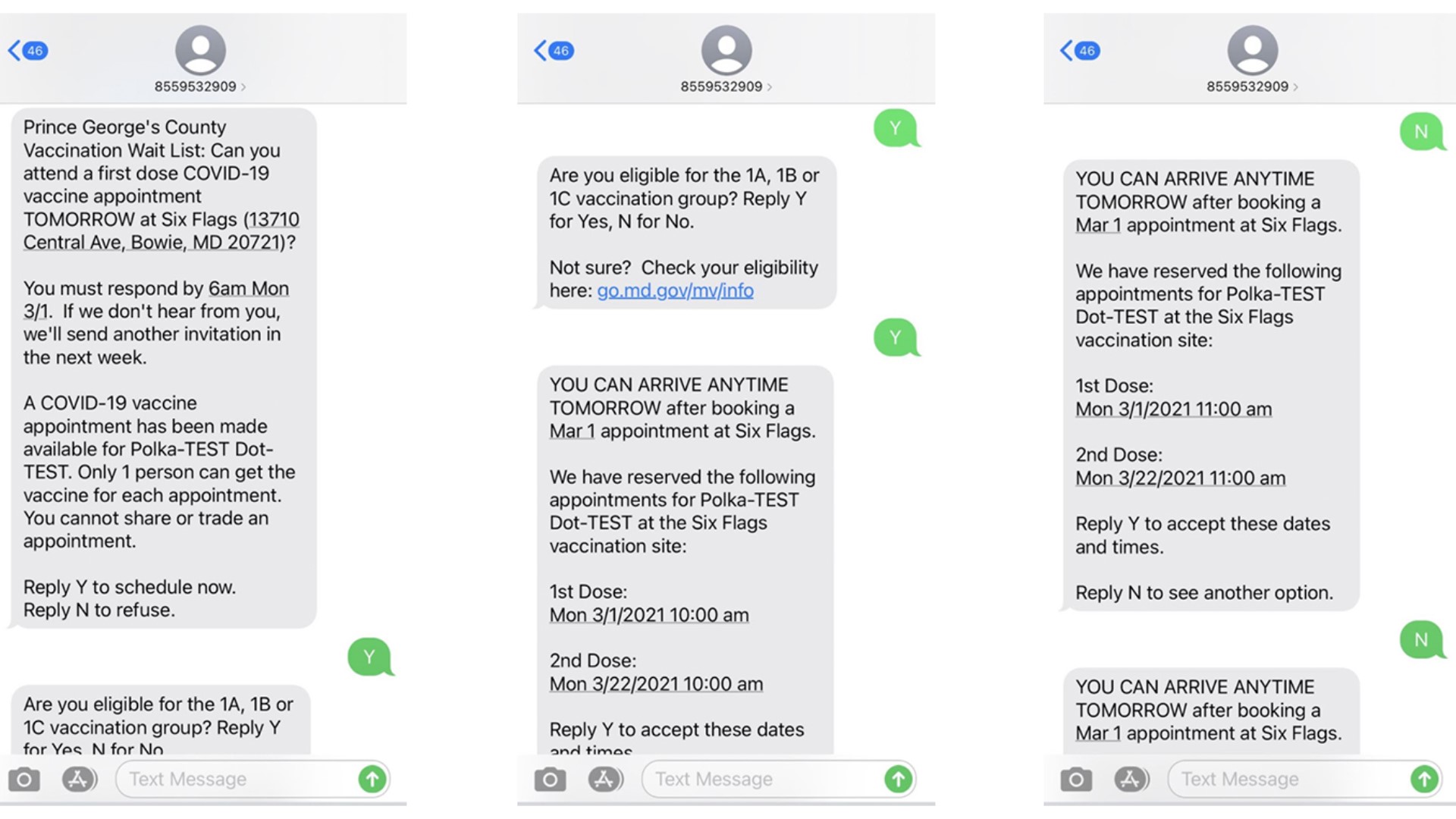 To help ensure vaccine equity, state officials have committed to set aside at least 500 Six Flags appointments for county residents, in addition to what county residents are able to book online and through the state’s call center.

During beta testing of this appointment-making tool over the weekend, Maryland state officials conducted outreach to a subset of the Prince George’s County pre-registration list and invited those individuals to sign up for appointments.

On Sunday, officials said this led to filling all 300 slots that were available.

With the new appointment-booking tool, officials say each resident is contacted three times over the span of several days. After each attempt, the response rate increases to as high as 96%.

The time it takes an individual to complete this process through the SMS appointment booking tool is 1-3 minutes. State officials will continue to update the county on who has been scheduled for appointments or has already been vaccinated. The new system builds on a pilot program the state launched back in January to book appointments through outbound calls to Prince George’s County residents.

On Tuesday, Gov. Larry Hogan said during his weekly COVID news briefing that Prince George's County had seen a 250% increase in vaccinations in the past week. But Prince George’s County is the focus of this text-based initiative because the county's vaccination rate remains ranked last in the state by a wide margin; only 8.6% of the population has received the first dose, according to state statistics.

The governor also announced that three more mass COVID-19 vaccination sites are set to open across the state of Maryland this month. He said state officials have secured site access for a new COVID-19 mass vaccination site in western Maryland. The new site, which officials say is set to open to the public by the end of the month, will be at the Hagerstown Premium Outlets in Hagerstown. Meritus Hospital will be the clinical partner, Hogan said.

Hogan added the mass vaccination site at the Blue Crab Stadium in Charles County -- which will serve southern Maryland -- will open this Thursday, a week ahead of schedule.