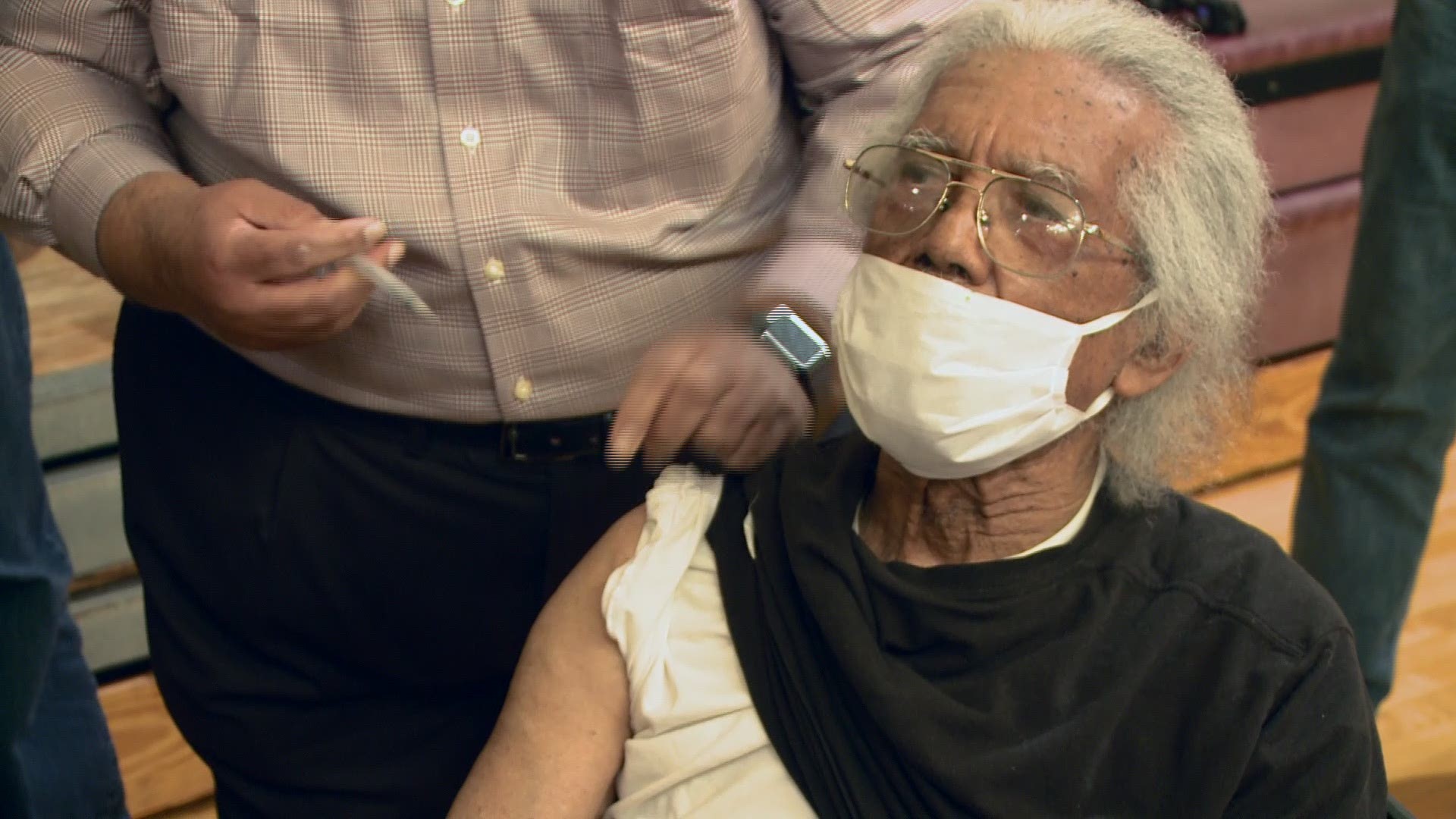 MONTGOMERY COUNTY, Md. — In an effort to decrease the disparity in who is receiving COVID vaccines, Montgomery County is bringing doses directly to communities that have been hardest hit.

The county is starting clinics targeted to ZIP codes with the highest cases per capita for people 75 and older. The first opened up Sunday at the East County Community Recreation Center in ZIP code 20904.

“I figured I could come out and tell 70 and over that I’m 101, so they should take it too," Zeigler said. He said he felt good after receiving the shot.

According to the county's COVID dashboard, ZIP codes with the most per capita cases typically have large minority populations. 20904 reflects that trend as the fourth highest average cases for every 100k residents — and an 80% minority population.

“If you want to end the disparities, you take the shots to the people, you don’t ask the people to come to the shots," Dr. Benjamin, the Executive Director of the American Public Health Association and Montgomery County resident said.

This is 100 y/o Mr. William Harvey Zeigler getting his first vaccine in @MontgomeryCoMD.

It’s part of a new effort to bring vaccines directly into the hardest hit communities. More on @wusa9 at 6:30p. @MoCoCouncilMD @MoCoDHHS pic.twitter.com/bDLeclygHS

County Executive Marc Elrich said the goal in opening clinics in the hardest-hit ZIP codes is to reach communities that are most vulnerable.

“We got to make sure that vaccines don’t go to people with the fastest computers or can speak the language the best," he said. "So we’ve been trying to put vaccines out in the equity framework.”

At-large Councilmember Will Jawando lives in ZIP code 20904 — and wanted to make sure his community, which has reported 4,429 COVID cases, had access to doses.

Jawando said they plan to open more clinics in ZIP code hot spots. Next — he said they're looking at White Oak.

“We recognize that our 75-year-old population, that there are folks who cannot get here even though we’ve brought it this close," DHHS Director Dr. Raymond Crowell said. "So, we’re working to bring it into the homes where they live.”

Dr. Crowell said they hope to be making vaccine house calls in the next couple weeks. He said it all depends on supply — the problem multiple county leaders pointed to Sunday.

Hucker said they have been receiving three to four times less doses per capita than the six smallest counties in the state.

Maryland Department of Health data shows that Montgomery County has had the most COVID deaths in Maryland.

He and Elrich expressed concern that so many doses are getting funneled into private distributors instead of to the county, because they do not focus on delivery equity as the county does.

Elrich said they expect to receive 4,500 doses each week for the next few weeks.

As county leaders continue to push for more supply, Zeigler encourages his fellow adults 75+ to join him in getting their vaccine — so he can get back on the treadmill and in church.