Monday was the first day for second doses at the FEMA clinic at Military Circle Mall in Norfolk. 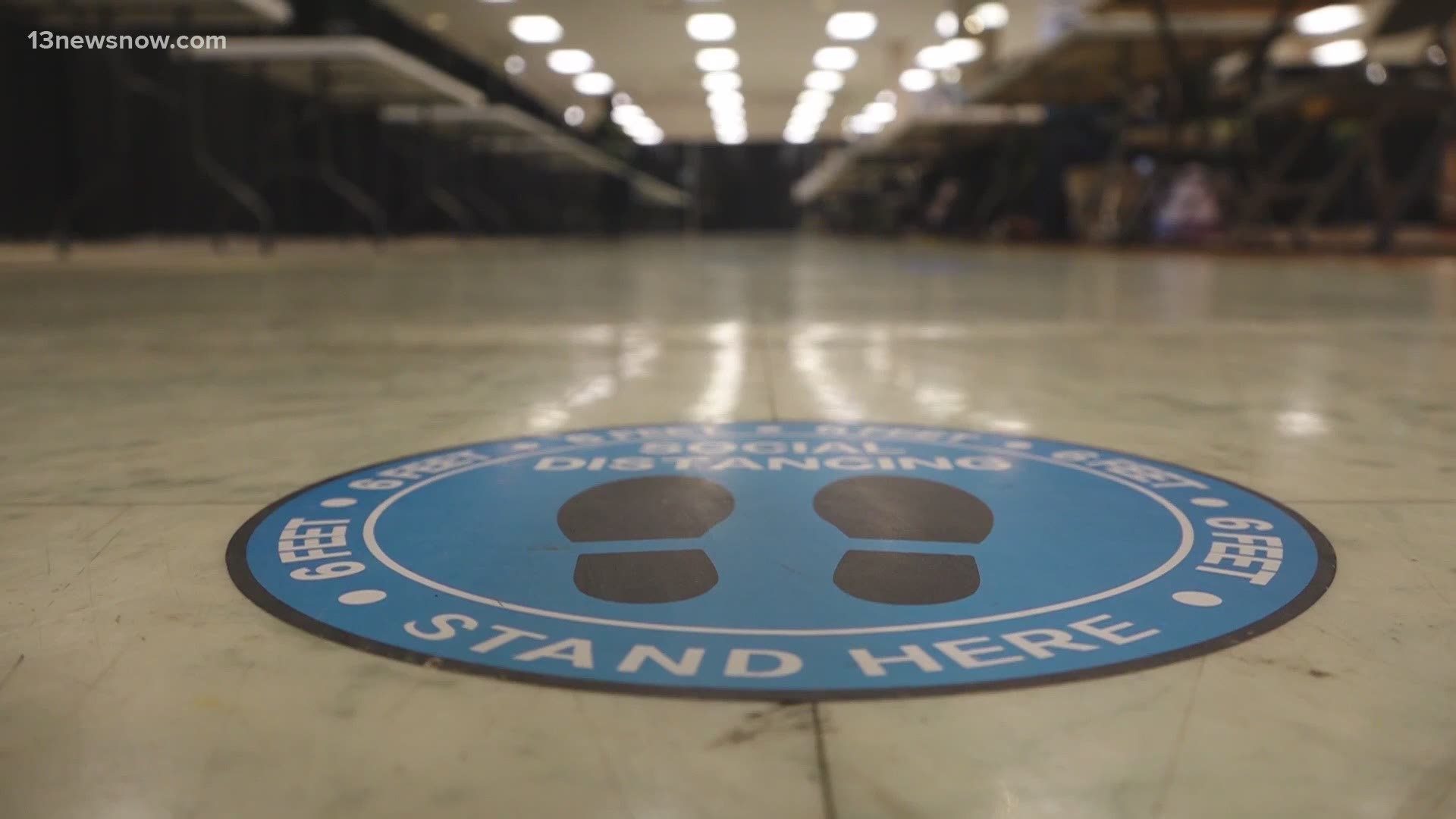 NORFOLK, Va. — Dashawn Wolfrey is one of many teenagers getting their first dose of the Pfizer COVID-19 vaccine since Virginia transitioned to Phase 2 of its vaccination plan.

"My mom brought me," he said standing next to his mom, Julie Jones-Brickhouse, outside the FEMA clinic at Military Circle Mall in Norfolk.

Jones-Brickhouse works at a hospital and is already fully vaccinated, and has waited patiently for her kids to be eligible for the vaccine.

“And he starts back to in-person school learning April 26th. So it’s just to make sure everybody is covered before coming back to school," she said.

Health officials are seeing more young people get their shot.

“As soon as we entered Phase 2 we saw the younger individuals coming," said Dr. Parham Jaberi, the Acting Health Director for Norfolk and Virginia Beach.

Norfolk reached Phase 2 ahead of the state schedule, but since the announcement, Jaberi said there's been an uptick in teens and college students.

“Especially this site where we offer the Pfizer vaccine. That really opens the door wide open,” he said.

Monday was the first day for second doses at the FEMA clinic in Norfolk, and it now accepts walk-up vaccinations.  Jaberi said 900 people scheduled to receive their second dose Monday, and at least 600 people came without an appointment.

It’s unclear how many of those were teens, but Jones-Brickhouse is glad her son is one of them.

“They’re the ones that are probably out most in public getting into things that they shouldn't... so that makes me feel a lot better," she said.

Jaberi said the last day for first dose appointments at Military Circle site is May 1.  The FEMA clinic is currently scheduled to end three weeks later. Health officials are encouraging people not to wait and to take advantage of the supply.

Dr. Jaberi took over as Acting Health Director for Norfolk and Virginia Beach three weeks ago. He replaces Dr. Demetria Lindsey, who retired from the position.