Waiting for more research to come out about the COVID-19 vaccine, instead of rolling up your sleeve, could do more harm to your neighbors. 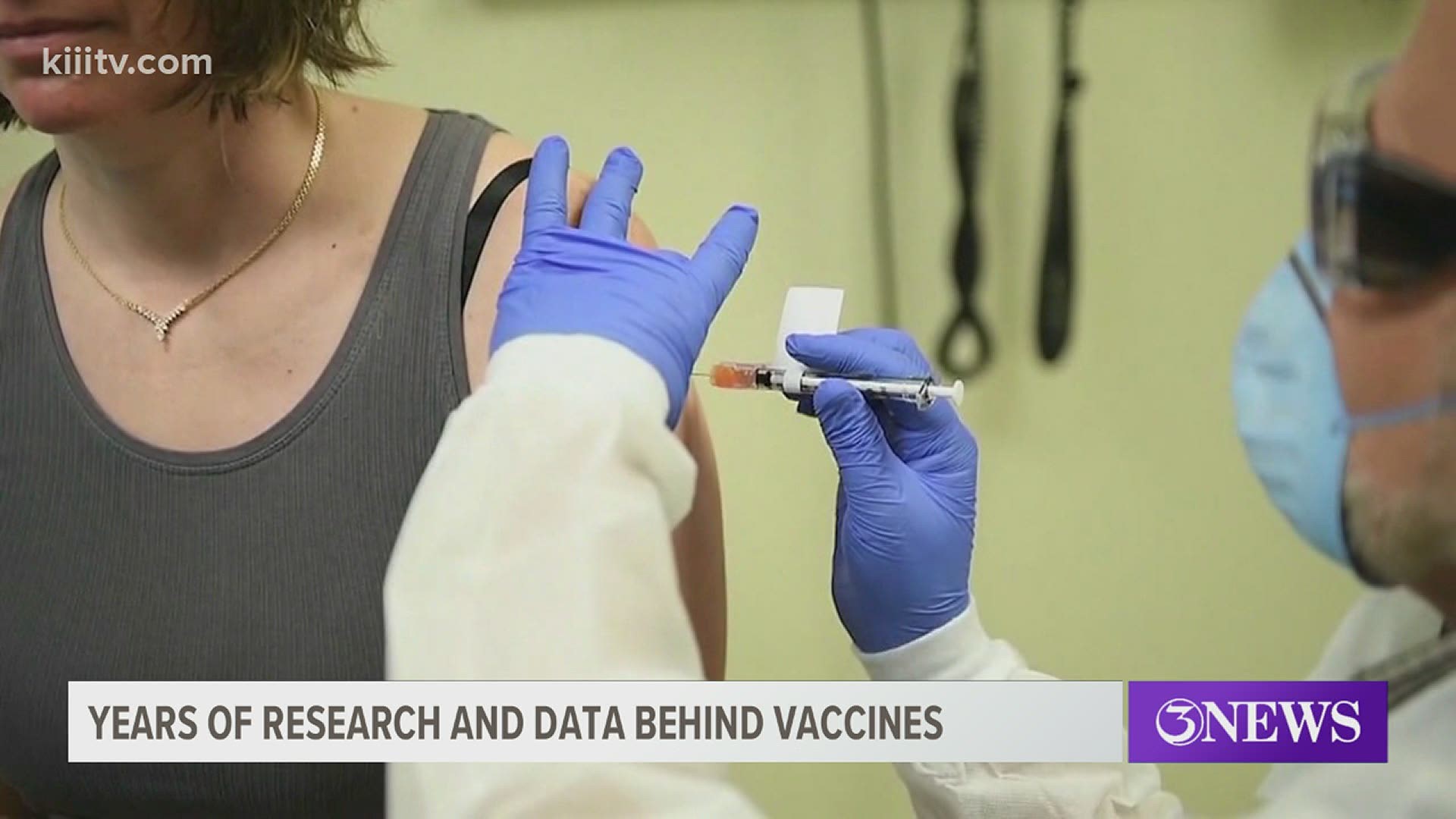 CORPUS CHRISTI, Texas — We're seeing it all over social media, folks worried about getting the vaccine because it's 'too early' or they don't want to be the 'guinea pig,' but, experts are saying: vaccines like Moderna have years of research behind it.

"The messenger RNA vaccine were known about for years when we encountered this virus," said Dr. Jaime Fergie, an Infectious Disease Specialist. "This national, international emergency, this pandemic, then there was a system already available that could be utilized."

He said, it was an 'all hands-on deck' effort to get vaccines into people's arms, but that doesn't mean it was rushed.

"With great coordination with government agencies, the FDA and industries so everybody knew what everybody was doing from the very beginning," Dr. Fergie added.

He wants to remind the community the world is no stranger to vaccines that protect against virus, especially the United States. We've learned a lot over the years.

So, waiting for more research to come out instead rolling up your sleeve could do more harm to your neighbors.

"It's kind of like voting," said Dr. Chris Bird with the local Task Force, "A lot of people think 'well, my vote doesn't count. How does one vote count?' but it does. A community level population level effect not an individual level effect."

They said there's thousands of vaccines in our community right now, all a registration away and likely near you at the moment.

Here's the link to register to get your vaccine.