Gov. Northam: Virginia's new vaccine policy is 'use it, or lose it'

Amid criticism of a slow rollout of the COVID-19 vaccine, Virginia Gov. Ralph Northam says he is giving health departments more flexibility to "put shots into arms." 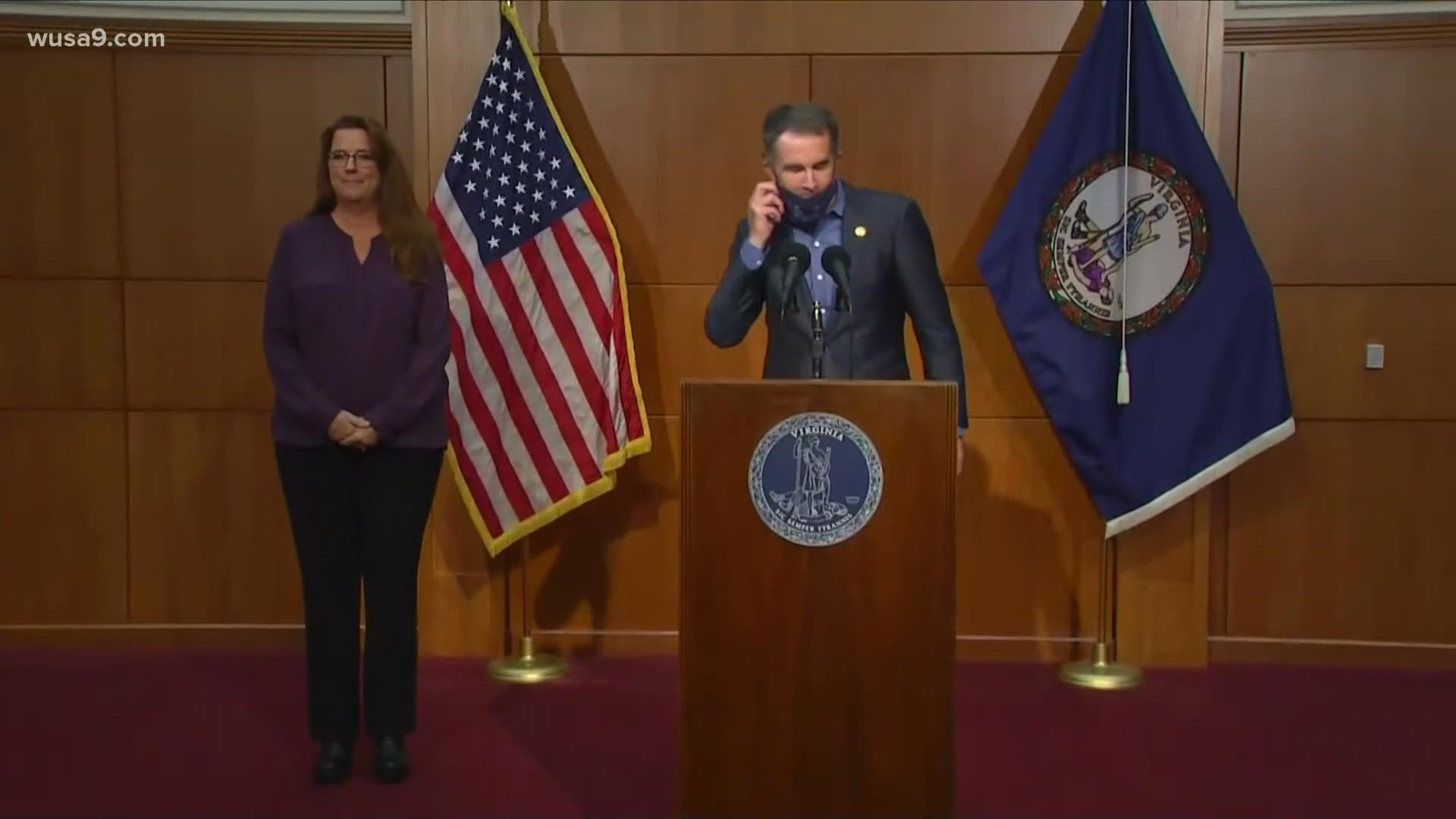 Northam acknowledged at a press conference that the commonwealth hasn't been getting its available vaccines out fast enough.

"We can be faster, and we're going to be faster," he said.

So far, sine December 14 Virginia has vaccinated 116,000 people – more than half of all the doses administered in the DMV. Of those, about 2,200 people have received both required doses of either the Pfizer or Moderna vaccine.

Northam said his goal is to get the commonwealth up to vaccinating 50,000 people a day.

“That starts with a simple message… you use it, or you lost it," he said. "I want you to empty those freezers and put shots in arms. When you have vials, give out shots until they’re gone. No one wants to see vials unused. The companies are working to manufacture vials around the clock. You’re going to get what you need.”

Health officials said local departments have been hesitating to thaw out batches of vaccine – which have to be used shortly thereafter or be wasted – out of a desire to not violate Virginia's Phase 1A priorities. Part of the new flexibility Northam says they will have is to vaccinate anyone within 1A, or even people in 1B for small counties.

But, he said, that doesn't mean people from other groups will get to skip the line.

“Now, I want to be clear, use it or lose it does not mean that you go give shots to everyone who shows up," Northam said. "There’s a clear priority and order. People who are most at risk go first.”

“He’s a good man. He knows how to get things done. And he’s the right person to get extra help to local health departments," Northam said.