Some states have drug-induced homicide laws, but Texas isn't one of them. 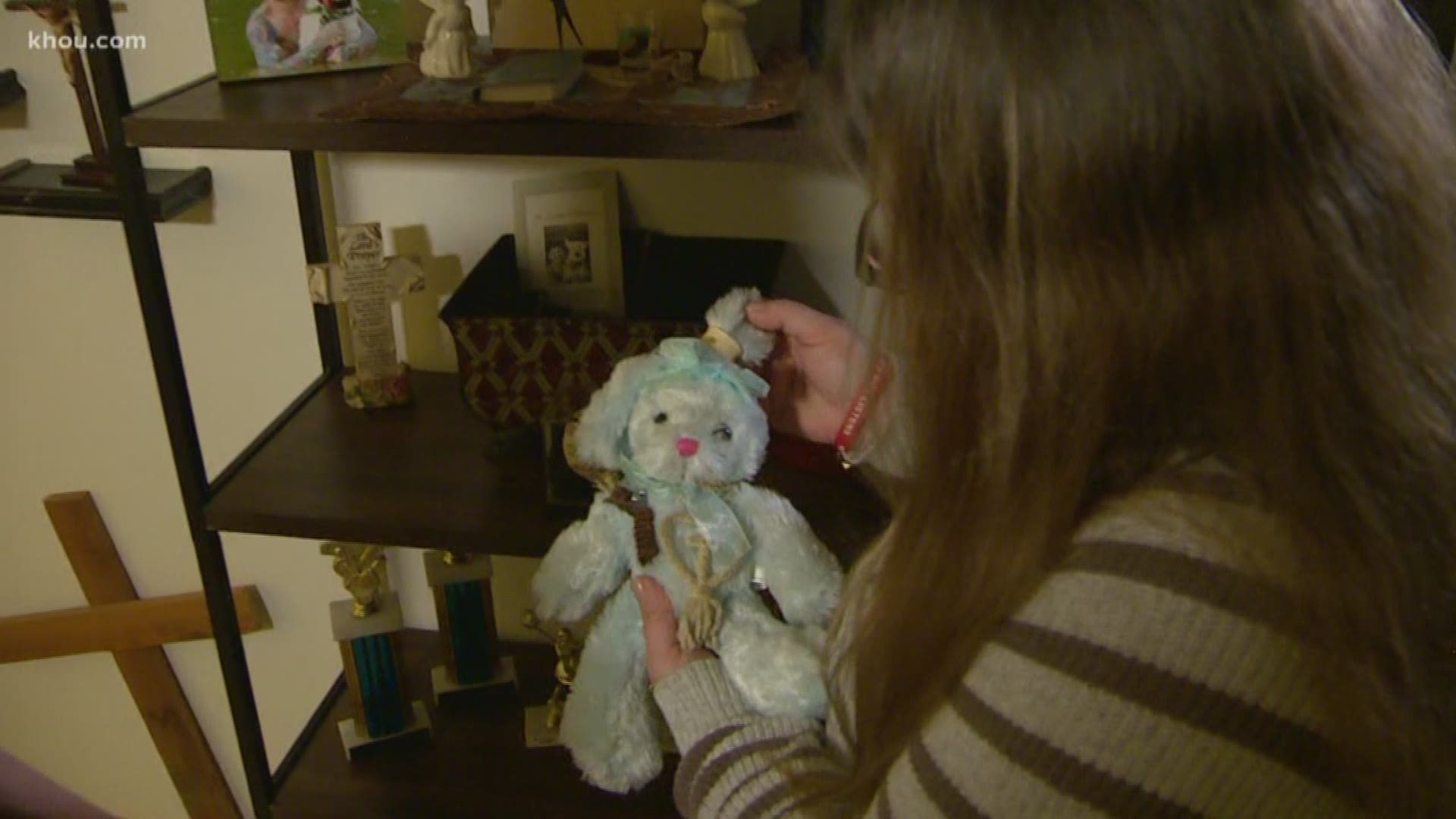 CONROE, Texas — "It was so devastating, I felt like I lost my whole world," said Mary Elliott, a mother.

From her home near Conroe, Elliott remembers her son, Jeremy Elliott, 21, in his hospital bed clinging to life.

"I see my baby laying there hooked up to every machine you can think of," she said.

Jeremy Elliott died from an overdose in 2017. The medical examiner said he had heroin and a synthetic opioid known as Pink in his system. It's seven times stronger than morphine.

"They are cutting these drugs with these dangerous chemicals and they know it could kill them," Mary Elliott said.

This mom-turned-advocate wants Texas to get tougher on dealers.

"These lawmakers need to pass something to save these kids," she said.

Some states have, according to the Drug Policy Alliance. Around 20 states have drug-induced homicide laws, but Texas isn't on the list.

"Can a person be charged with murder? Probably not unless the state can prove they intentionally or knowingly wanted to do it," said Casey Kiernan, a defense attorney.

Kiernan said going after a drug dealer for murder is hard to prove.

"Defense lawyers like me, would say no, no, no...he didn't know. He sells to them all the time. There's no way he would know he would overdose," Kiernan said.

As the debate continues over who, if anyone, should be charged, the number of overdose deaths in Montgomery County in the last five years doubled.

"I think it's bad everywhere. I think it's something the entire country is battling," said Tamara Holland, a Montgomery County Assistant District Attorney.

"Before there never would have been enough time or resources to do that sort of thing, so that's completely new," Holland said.

However, Jeremy Elliott's mom says without a new law in Texas to allow drug dealers to be charged with murder, more families could find themselves in her shoes, losing their kid.

"Might as well put a gun to their head and shoot, because they're doing the same thing. They're killing them either way," she said.

Mary Elliott admits not every overdose is a murder. She hopes lawmakers will specifically look at the number of people who are dying from street drugs cut with something else.

680 arrested in largest US immigration raids in a decade