Peyton Manning: You're needed in Colorado

Two months ago, a man on the Western Slope got to witness the birth of his son. 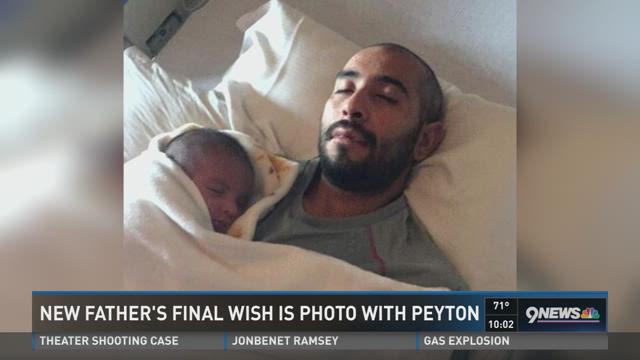 Two months ago, a man on the Western Slope got to witness the birth of his son.

But now, that man, Aryn Gallegos, has stage 4 brain cancer and doctors say he only has a few weeks to live.

Veronica Gallegos says they learned her husband had three brain tumors in mid-August, just weeks after his son was born.

Surgeries have left him unable to speak, but he made it clear before the operations he wanted his son named after Peyton Manning.

Now his family wants to help him fulfill his final wish: to meet his son's namesake.

"That's really huge knowing that there people out there willing to help from the little things to the big things", family friend Lori Manzanares said.

Thousands of people have been sharing the family's story in hopes it will reach Manning.

Aryn wants just one photo with Peyton that he can leave his son after he's gone.