America's longest war began with an effort by the George W. Bush administration to end terrorism by striking Al-Qaeda and the Taliban in Afghanistan. 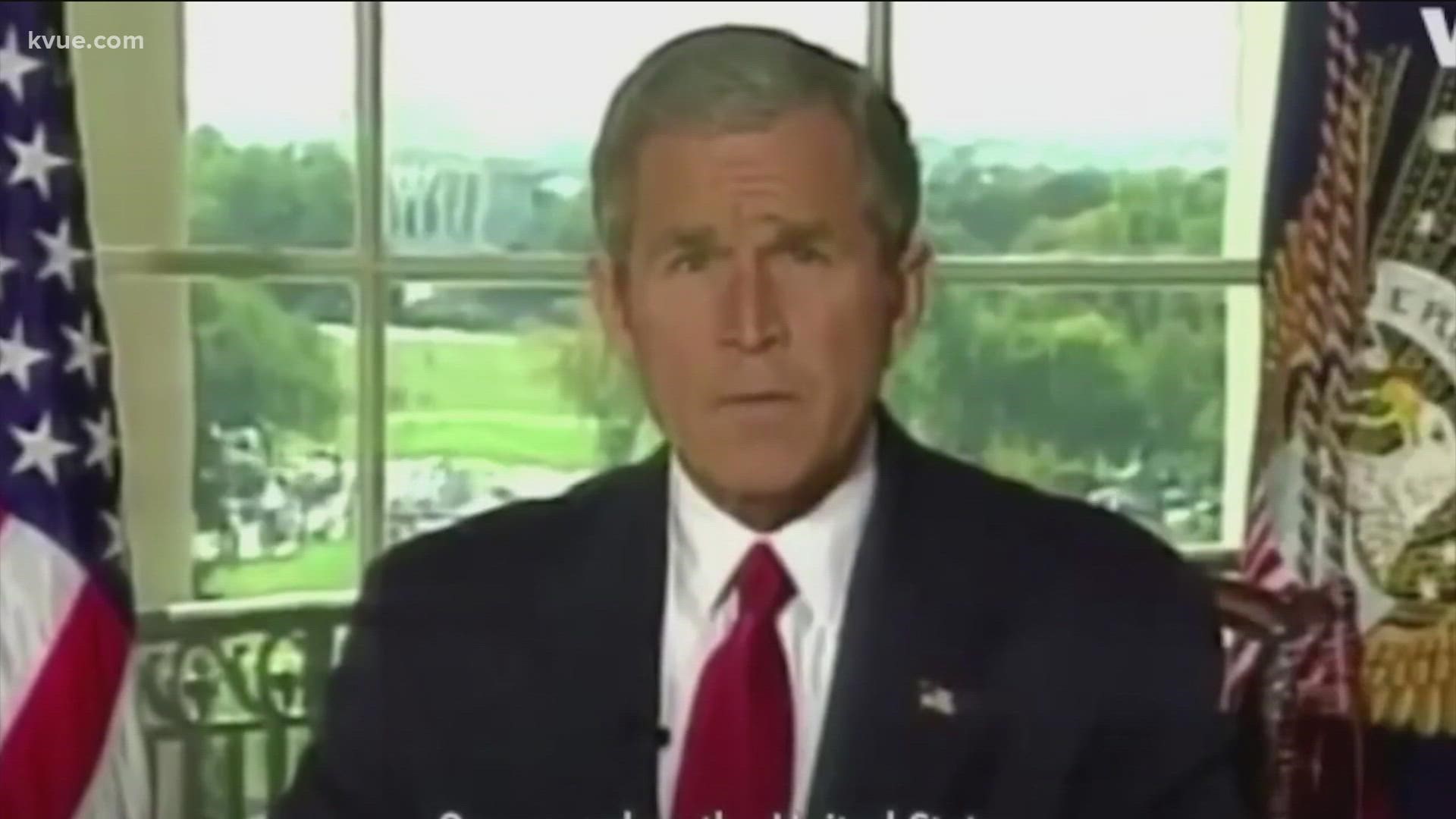 AUSTIN, Texas — Afghanistan has been in turmoil over the past 40 years. In the 1980s, it was at war with Russia. The 1990s saw civil war and eventual rule by the Taliban.

Then, in the wake of the attacks in the U.S. on Sept. 11, 2001, President George W. Bush vowed to win the war against terrorism by attacking Al-Qaeda in Afghanistan.

The following timeline provides a brief summary of significant events since 2001:

A US-led coalition launches “Operation Enduring Freedom," targeting the Taliban and Al-Qaeda with military strikes. Within a few months – December 2001 – the Taliban flee south and their regime is overthrown.

But soon, the Taliban re-emerged. In 2006, they seized territory in Southern Afghanistan.

The Obama Administration announced plans to start formal peace talks with the Taliban. And sticking to its statements made two years earlier, U.S. and NATO forces formally end their combat missions in 2014.

But in the years following, the Taliban stepped up its attacks, taking over more territory. ISIS claimed responsibility for some attacks in that time.

In February 2020, President Trump signed a deal with the Taliban. It said American troops will leave as long as the Taliban agrees to peace with the Afghan government and doesn't allow other terror groups to gain ground.

In April 2021, President Biden announced the withdrawal of remaining U.S. troops by Sept. 11. In July, U.S. troops leave the Bagram Airfield, a key hub during the war.  But by August, the Taliban seized control of key cities and provinces, often without a fight while a frantic evacuation of Americans and Afghan allies gets underway.

ISIS K is being blamed for deadly Kabul bombing. Who are they?