On Nov. 22, 1963, President Kennedy was assassinated in Dallas. A new book reveals stories about the shootings that have never been heard before. 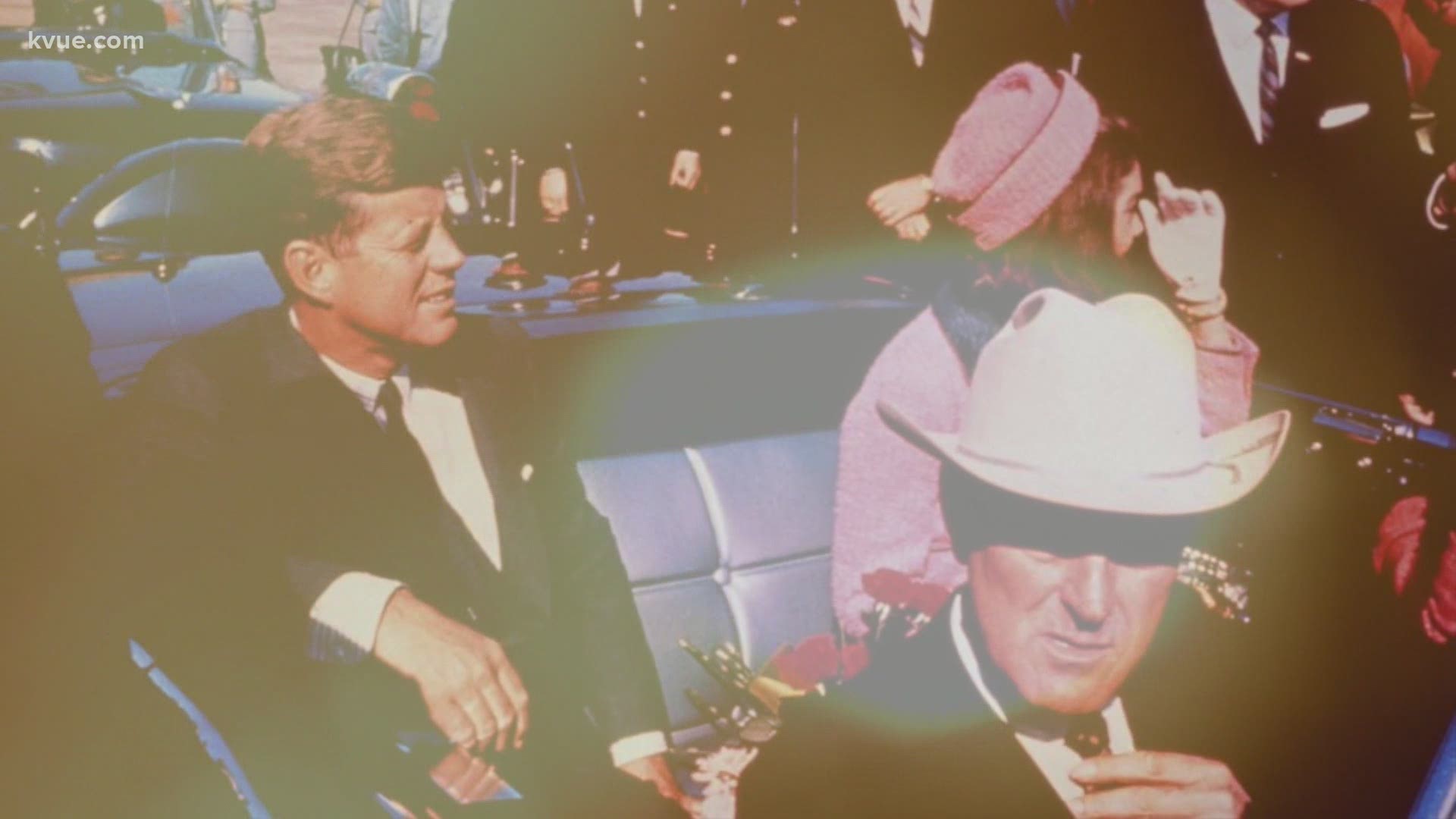 AUSTIN, Texas — Fifty-seven years ago, on Nov. 22, 1963, Americans and the world were stunned by the death of President John F. Kennedy, the victim of an assassin’s rifle as he rode in a motorcade in Dallas.

Even those who weren't born yet have likely heard about the man with the high-powered rifle, Lee Harvey Oswald, who fatally shot the president and wounded then-Texas Gov. John Connelly. Reports said he fired from a window in the Texas School Book Depository as President Kennedy’s motorcade drove past.

Those who were alive then no doubt remember that the president died in surgery at Dallas's Parkland Hospital, that Vice President Lyndon B. Johnson was sworn into the nation’s highest office aboard Air Force One, that Oswald himself would be assassinated two days later by a nightclub owner named Jack Ruby as Dallas police were transferring him from the police station basement to the county jail, that the Warren Commission investigating the case determined that Oswald had acted alone and that Ruby had shot Oswald because he was upset that President Kennedy had been killed.

But almost as soon as the government wrapped up its official investigation, public doubts arose.

Was the killing the work of a single man or part of a larger conspiracy?

Now, 57 years after the death of JFK, most Americans don’t believe the official version. A recent survey found that 61% of those questioned believe that others were involved in the assassination.

Adding to that are all the doubts reflected in decades of books and film documentaries. In fact, it’s been estimated that well over 1,000 books have been written about the Kennedy assassination.

In 2020, authors Katanna Zachry and Sara Peterson – both Texans – wanted to help solve what they call "the mystery" of what actually happened the day President Kennedy died. They located and interviewed people who are still alive and who were connected to the events surrounding the assassination on that day in November 1963.

LISTEN: The Backstory: A look at the JFK assassination through eyes of book authors

"One thing that is most different about our book is they are actual oral histories, and the oral histories feed into the bits of the puzzle of the assassination because it is such a complex web that each of these stories are important because it fills in another piece of the puzzle," Zachry told KVUE. "And these are stories the public hasn’t heard before."

The authors make it clear that some of the witnesses they interviewed suspect a cover-up and that the official government version of events surrounding the assassination didn’t tell the true story.

RELATED: How JFK unintentionally sparked a rivalry between Texas and Rice

Whoever was behind the conspiracy, Peterson says, "wanted it [the assassination] clean."

"They wanted a one lone-gun person being the assassin,” Peterson said. ”They wanted to make sure of that, and they wanted it quick and fast. The Warren Commission investigation only took five months to interview witnesses and get all their evidence. And their evidence was all supplied by the FBI."

Peterson believes that if investigators would have taken a more thorough look at the case, they would have revealed information that "the American public couldn't handle."

Peterson also told KVUE that some of the interviewees quoted in the book believe that Kennedy would never have been allowed to leave Dallas.

"They were not going to let him leave Dallas to get to LBJ’s Ranch in Johnson City. And so, when we asked these individuals separately because they didn't know about each other, 'Were you there because you knew Oswald was going to kill the president?" And they looked at us each separate time and they said, "Oswald, which Oswald?'," Peterson said.

Zachry told KVUE that many of the witnesses who were indirectly involved in the events the day of the assassination were on the radar of the FBI.

"There's a woman who happens to still be alive, Connie Kurtzberg, who was writing for the 'Dallas Times Herald.' She was fortunate enough to have the Dallas Parkland Hospital doctors call her the afternoon of the assassination, and they gave her a blow-by-blow description of what the president's wounds looked like. She wrote the story up, realizing she had a scoop and the next day with her article came out, something had been added that changed the description of the wounds. And when she called the newspaper and said, 'Who changed my story?', her friend said, 'An FBI agent.' So, that was one of the first indications that even on the very day of the assassination, we were not going to hear the full story.”

To both authors, scraps of information from those close to the events of Nov. 22, 1963, add up to a mystery that still has not been solved.

“Think of it as a giant jigsaw puzzle that we’re still piecing together," Peterson said.

The Backstory: How Travis and surrounding counties voted for US presidents in the past

The KVUE backstory: Remembering the Llano River flood of October 2018

In 1957, Hurricane Audrey became one of the deadliest storms in U.S. history