Experts were forced to remove the bricks from the side of the home to move a massive honeycomb and the bees that came along with it. 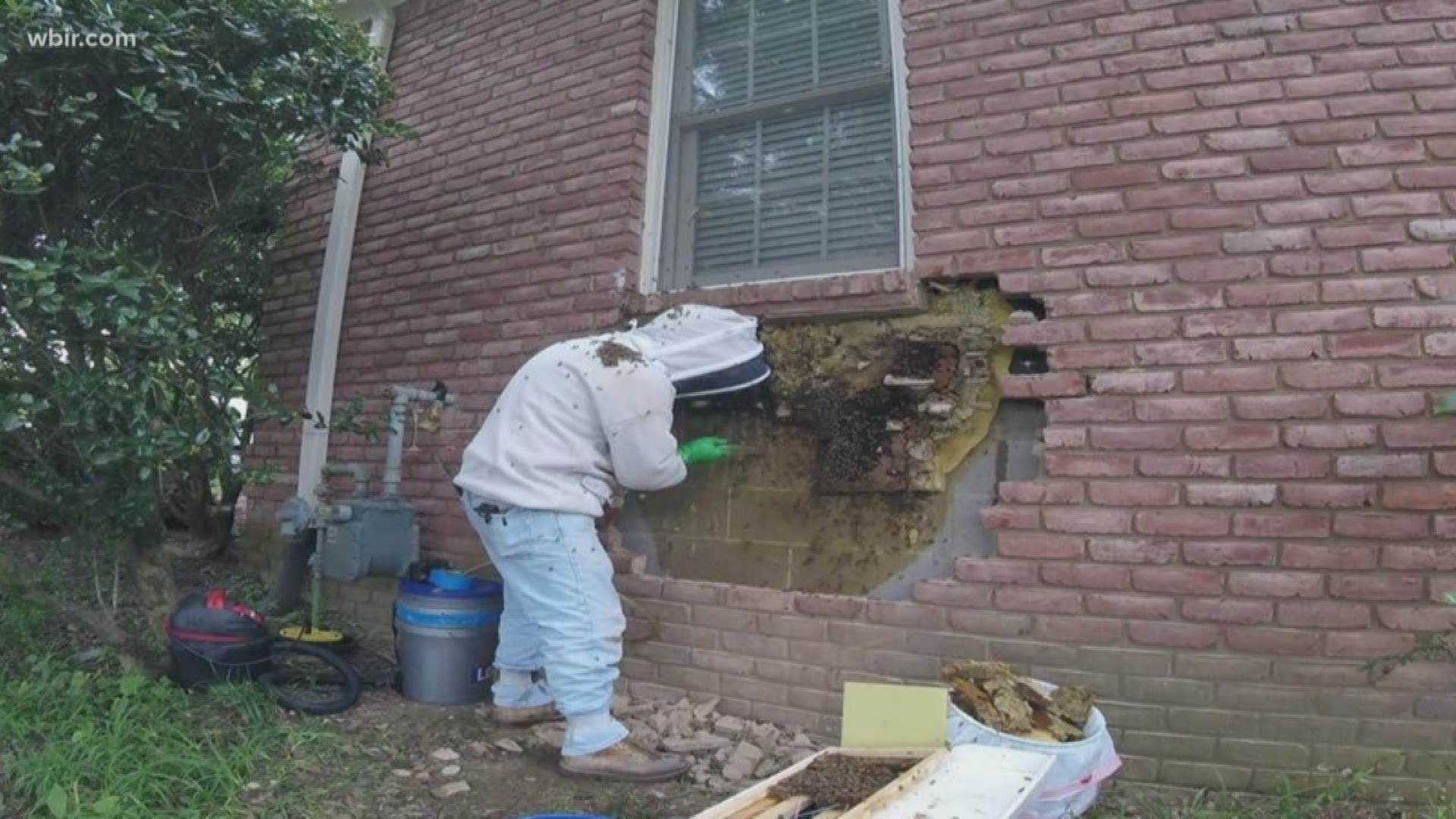 GERMANTOWN, TENN. — Here's why you should never judge a book by its cover. A brick home in West Tennessee looked like your average home but behind the bricks were some busy bees... literally.

The Bartlett Bee Whisperer in Germantown, Tennessee posted on Facebook about a call that made them cringe.

They said they were forced to remove the bricks from the side of the home to move a massive honeycomb and the bees that came along with it.

"Sometimes the bees are way up high, and sometimes it's bricks. I prefer to be minimally invasive when removing honey bees from buildings," Bartlett Bee Whisperer David Glover wrote in the post. "I don't like taking out bricks. Will the mortar chip out, or will the bricks crumble? Will the combs be usable once the bricks are out of the way? As much as I dreaded removing the bricks, the final view of the hive was AWESOME!"

He said the homeowner was more than pleased that they were able to remove and relocate the bees and their hive.

The Bartlett Bee Whisperer documented the whole thing step-by-step with photos. His post has been shared more than 98,000 times and has 20,000 comments and counting.

You can see the honeycomb was almost as big as the window above it.

A video is also at the bottom of this article.