“Yes, it was illegal," said Jeff Grace of Battle Ground. He is facing one count of unauthorized entering or remaining in any restricted building or grounds. 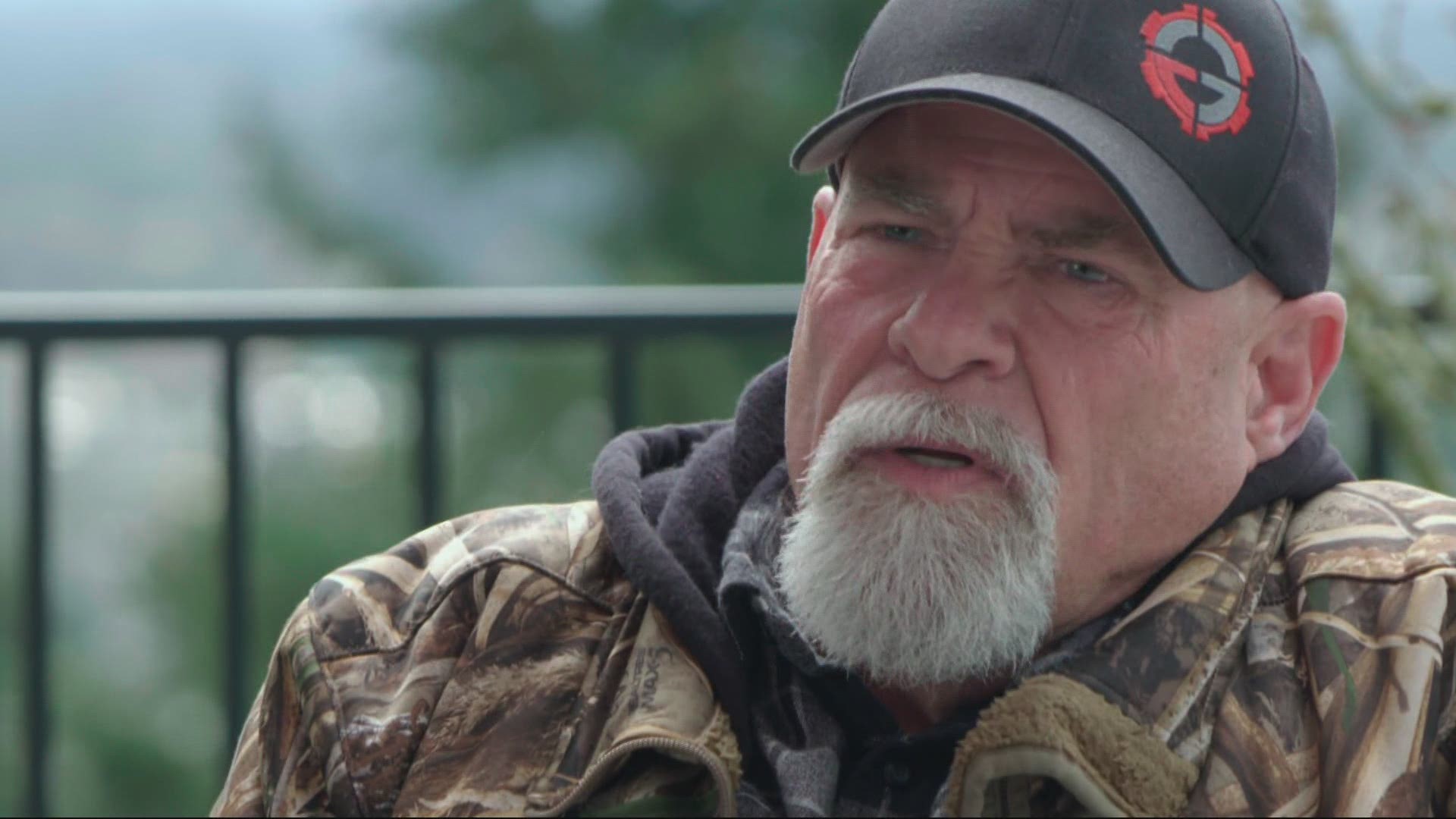 PORTLAND, Ore. — Federal investigators have used countless hours of video and photos to help identify hundreds of people who entered the U.S. Capitol on January 6 — including Jeff Grace of Battle Ground, Washington.

“I get a call from the wife and she says, ‘You’re on TV,” said Grace, who appeared in the background of a widely circulated photo of another man carrying House Speaker Nancy Pelosi’s lectern through the Rotunda.

At the time, the 62-year-old man didn’t realize the significance of his wrongdoing or the notoriety that would follow. After his arrest by the FBI, Grace lost his job as a long-haul truck driver.

Grace is facing up to a year in prison after federal prosecutors charged him with unauthorized entry or remaining in a restricted building.

“Yes, it was illegal,” Grace admitted in an interview with KGW.

Grace said he went to Washington D.C. along with his adult son to support then-President Donald Trump, who falsely claimed he won the election.

“Do I believe Donald Trump should have been our president? Yes, I do. 100%," Grace said.

After attending a pro-Trump rally, Grace said he and his son became separated and he started walking toward the Capitol building.

According to court records, Grace entered the building “after seeing an open door.”

Grace told investigators he passed by two Capitol police officers who appeared “to be overwhelmed by the number of protesters and looked scared,” according to court documents.

Once inside, the FBI said Grace walked to the rotunda, telling federal agents he “decided to leave after witnessing several people causing damage to the Capitol property.”

Grace condemned the violence and destruction at the U.S. Capitol that left five people dead.

“It's disgusting. It's not OK. It's not America. It's not freedom. It’s a bad representation of what we really are and what we stand for,” said Grace.

Grace said he’s not on social media. He told the FBI he didn’t take any photos or video, although others did.

According to the FBI, an informant called a tip line to report Jeff Grace of Battle Ground, Washington was at the U.S. Capitol on Jan. 6.

Grace said he hopes that by speaking publicly he can bring something positive from this dark chapter in American history.

“I apologize if I've offended anybody,” said Grace. “Maybe we can pull together and work for the good of this country because tearing it down isn't OK.”