The family is hoping to cross into the United States in coming weeks but there’s a twist in their plan to come to San Diego. 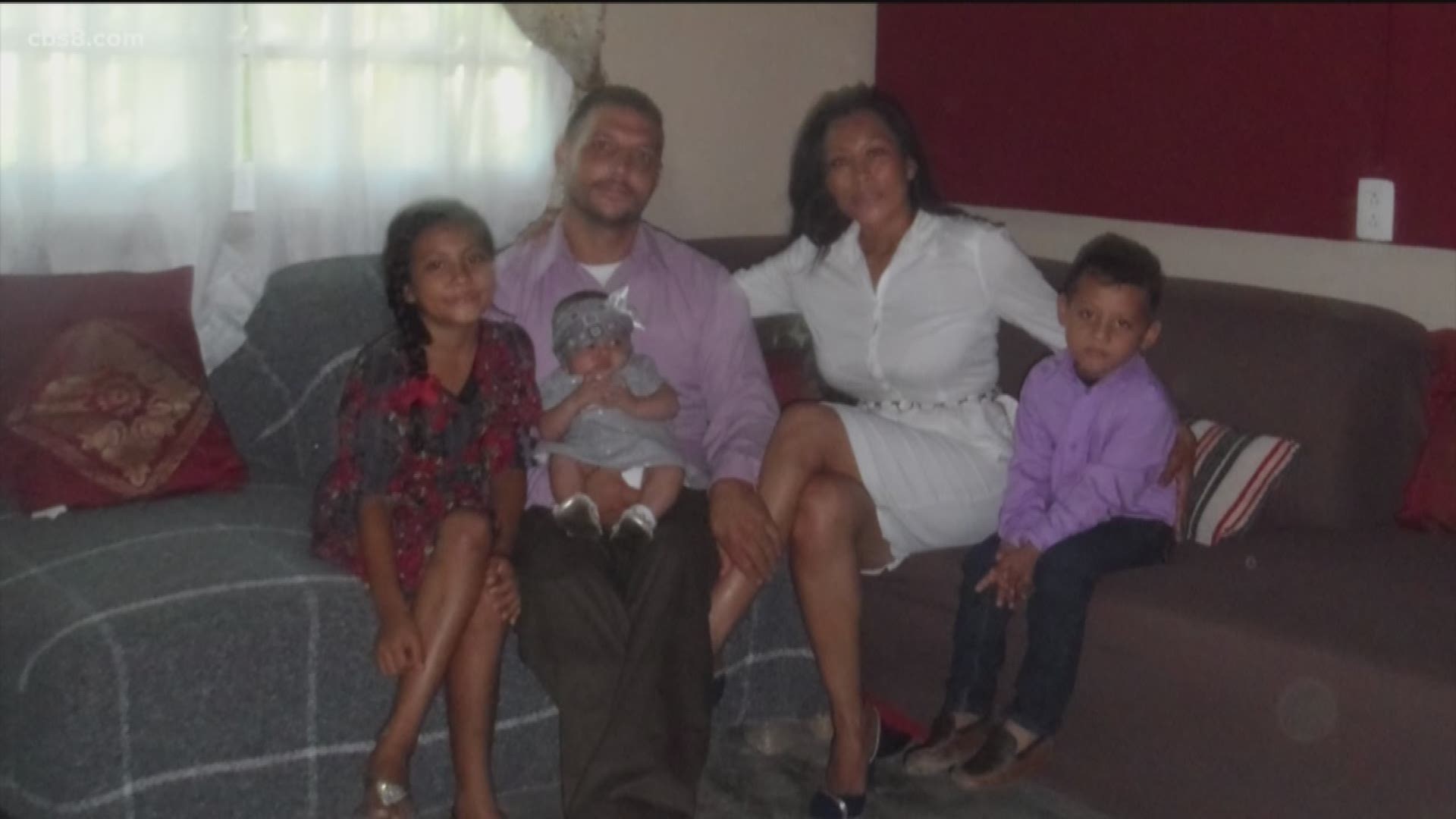 SAN DIEGO — A U.S. citizen living in Tijuana with his wife and three children is one step closer to the American dream.

Phillip Caldwell recently completed paperwork and applied for an immigration green card for his wife, Dulce. The family is hoping to cross into the United States in coming weeks but there’s a twist in their plan to come to San Diego.

The Caldwells and their three children – ages two, seven and nine – seem happy in their modest, one-bedroom apartment east of Tijuana. It's certainly better than the Tijuana shelter they were living in when News 8 first met them two months ago. Still, the surrounding neighborhood is rough, not the best place to raise a family.

RELATED: San Diego community steps up to help US citizen’s family in Tijuana

RELATED: Beyond the Border: US citizen in Tijuana faces long wait for American dream

Phillip was born and raised in Alabama.  His wife is a Mexican citizen.

The couple decided to leave their home in Chiapas, Mexico and migrate to the United States when things became dangerous and violent near their home, putting their young family at risk.

“I'm just here fighting for my family to have their rights because I’m an American citizen,” said Phillip.

“I don't have any Hispanic blood in me but I have compassion and love for my family.   She (Dulce) just so happens to be Mexican,” he said.

Four out of five members of the Caldwell family are U.S. citizens. The kids are U.S. citizens because Phillip is their father, even though they were born in Mexico. Currently, the wait for Dulce to get a green card approved by the U.S. government is a year and a half.

“I'm not asking for too much.  I just want to be with my babies, with my family, with my husband and just trying to be safe,” Dulse said.

Fortunately, the family is getting help from Catholic Charities in San Diego.

News 8 viewers recently donated $1,500 to pay for green card application fees and a $700 government DNA test to prove their little boy is actually their son.

The family is missing hospital birth paperwork for their son, making the DNA test mandatory before passports for the children can be issued. Phillip already has a U.S. passport, so he has been crossing the border into Chula Vista and raising money by holding up a sign on the side of the road.

It's not easy because Phillip is disabled.  He lost his leg four years ago in a motorcycle accident.

The plan now is for Dulce and the kids to cross into the U.S. at the San Ysidro border crossing and claim asylum. Why would Dulce claim asylum when she already has a green card application pending?

Once she’s in the U.S. and cleared by Immigration and Customs Enforcement, Dulce likely will get released with an ankle bracelet pending an asylum court date. However, chances are, her green card application will be approved before that asylum court date ever comes around.

Meanwhile, Phillip and Dulce Caldwell will be needing a place to stay in San Diego while they wait for their immigration case to be heard.

If you would like to help, contact Catholic Charities of San Diego at its office in Mission Gorge.