For the first time, Oprah Winfrey won't be on the cover of "O" Magazine. The September issue features a digital image of Breonna Taylor. 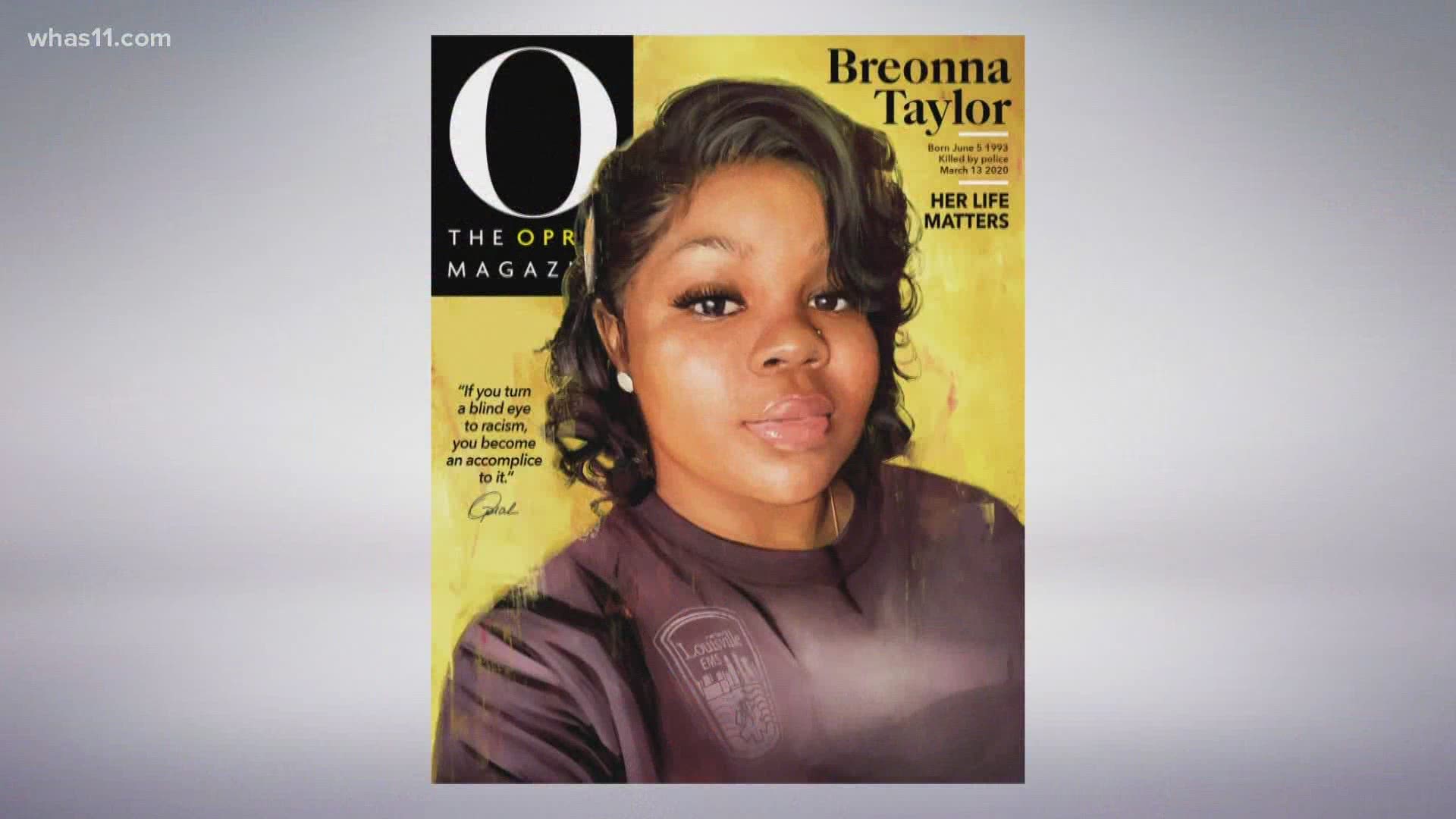 LOUISVILLE, Ky. — Oprah Winfrey is using her platform and renowned magazine to shine a light on the death of Breonna Taylor. A portrait of Taylor will be featured on the September issue cover of "O, The Oprah Magazine," Winfrey revealed on CBS This Morning and social media Thursday.

"Breonna Taylor. She was just like me. She was just like you," Winfrey said in an article posted on her magazine's website. "And like everyone else who dies unexpectedly, she had plans. Plans for a future filled with responsibility and work and friends and laughter."

In the article, Winfrey said she thinks of Taylor often and recently spoke to her mother, Tamika Palmer, about the loss.

Breonna Taylor died March 13 when three Louisville Metro Police officers entered her home using a no-knock warrant. According to police, Taylor's boyfriend, Kenneth Walker, fired at the officers and hit one of them in the leg. The officers returned fire, striking Taylor several times and killing her.

"Imagine if three unidentified men burst into your home while you were sleeping," Winfrey said. "And your partner fired a gun to protect you. And then mayhem."

On the heels of the nationally publicized murders of Ahmaud Arbery and George Floyd, Taylor's death sparked protests in Louisville and across the country. Demonstrators are demanding justice for Taylor, and punishment for the LMPD officers involved in the incident.

"What I know for sure: We can't be silent," Winfrey said. "We have to use whatever megaphone we have to cry for justice."

In the article on the "O" website, Winfrey encourages people to sign the Change.org petition, contact Kentucky Attorney General Daniel Cameron, who is handling the case, and use the hashtag #SayHerName on social media.

This is the first time Winfrey won't be on the cover of "O" magazine. The September issue will be available on August 11 and it will be one of the last magazines that will be printed. O, The Oprah Magazine is ending its regular monthly print editions with the December 2020 issue after 20 years of publication.

Winfrey said the image of Taylor used for the cover was designed by 24-year-old digital artist Alexis Franklin, who has more than 100,000 followers on Instagram.

Make it easy to keep up-to-date with more stories like this. Download the WHAS11 News app now. For Apple or Android users.