A San Antonio car dealership customer says he declined additional service on his vehicle. What happened next was caught on video and is going viral. 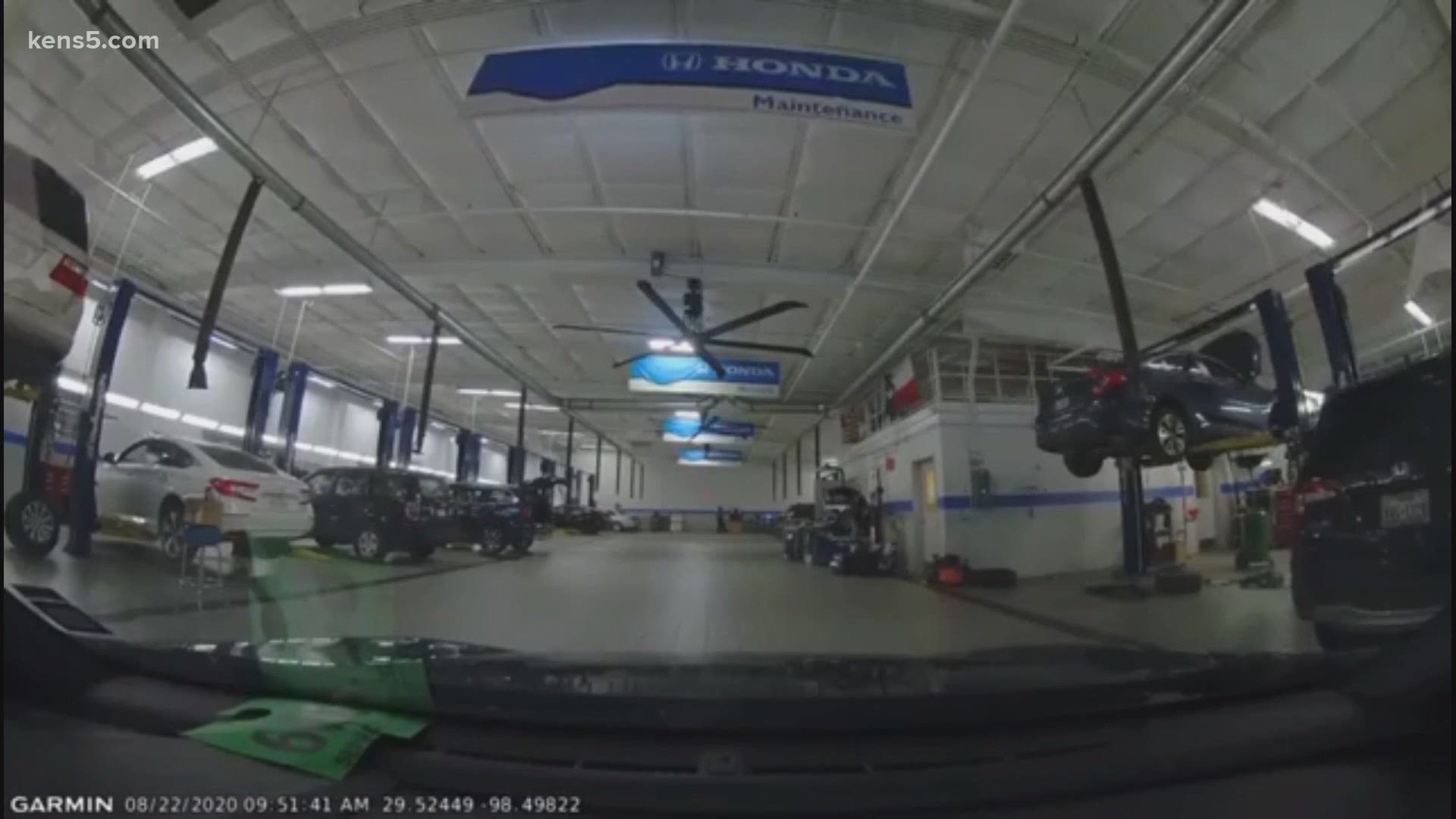 SAN ANTONIO — Dash cam video recorded by a customer at Northside Honda’s service department shows what could happen when no one is watching.

“We’re going to let this (expletive) sit an hour because that guy is a (expletive),” said a man in the service department on the dash cam when the car was pulled into the maintenance area.

Longtime customer Gabriel Rendon said he bought three cars from the dealership and has a maintenance package with his current car. He said he went into Northside Honda on Saturday to get his oil changed. The bill came out to almost $500.

So went to Honda today to get my oil change and while I was there, they let me know that they recommend I change my transmission and brake fluid and that I needed a new battery.    I told them I had just come in for a oil change and said I would come back in a couple weeks to get the rest done. Well turns out they ended up doing everything and wanted me to pay $480. I told them that I specifically said to only do the oil and after arguing for a while they ended up deciding to take the new battery back and put my old one back in. So they took my car to the back and I ended up waiting for almost an hour for them to put my old battery back and wondered why it took an hour to put my battery back. Well, this is why. I decided to review my dash cam footage and this is what I captured.  By the way this was at Northside Honda on San Pedro and 410 

That's because he said the bill included recommended work, including fluid changes for brakes and transmission, plus a new battery. He said he had declined all the recommended work and said he would get it done at a later time.

Rendon said he and an employee argued about the bill and services performed. They finally agreed he would pay for the oil change and get his original battery back. The dealership would not charge for the other work done.

He said he waited for a long time to get his old battery put back in. A review of his dash cam video, which starts recording any time the car is in motion, explained the long wait.

“I didn’t tell you to do it. OK (expletive). You are going to stand and wait for an hour,” said a service department employee on the dash cam.

When Rendon posted the video on Facebook, it went viral.

Hopkins said it is not the way Northside Honda does business. He wanted to make that clear to this customer and all others.

“I apologized to him on behalf of our company as well as myself,” Hopkins said. “It was a big misunderstanding. It escalated for both parties involved, but there is no excuse for the way my employees acted.”

The dealership did not charge Rendon for any of the work done. It also met with the employees involved.

“We’ve counseled the employees on how to act, how not to act in the future,” Hopkins said.

He also said the employee heard cursing in the dash cam video was apologetic. Human resources was made aware of the situation and is looking into it, as well.

The employment status for the employees involved has not yet been determined. Hopkins said it was the first issue with the service department he has been made aware of. Viral video was not how he wanted to find out about a problem at his dealership, but he said he is glad it got brought to his attention.

“Because if you are not aware of something, you can’t fix it," Hopkins said.

Rendon said he accepted the apology and is confident the dealership will correct the problem for future customers. But, he is still deciding if he will continue to use Northside Honda’s service department.

The general manager said the customer’s car was rechecked today to make sure all the work was correctly done.