Austin woman haunted by her own home alarm

Betty Heisser said her security system was making her tired, anxious and full of fear. She reached out to the KVUE Defenders for help solving her problem. 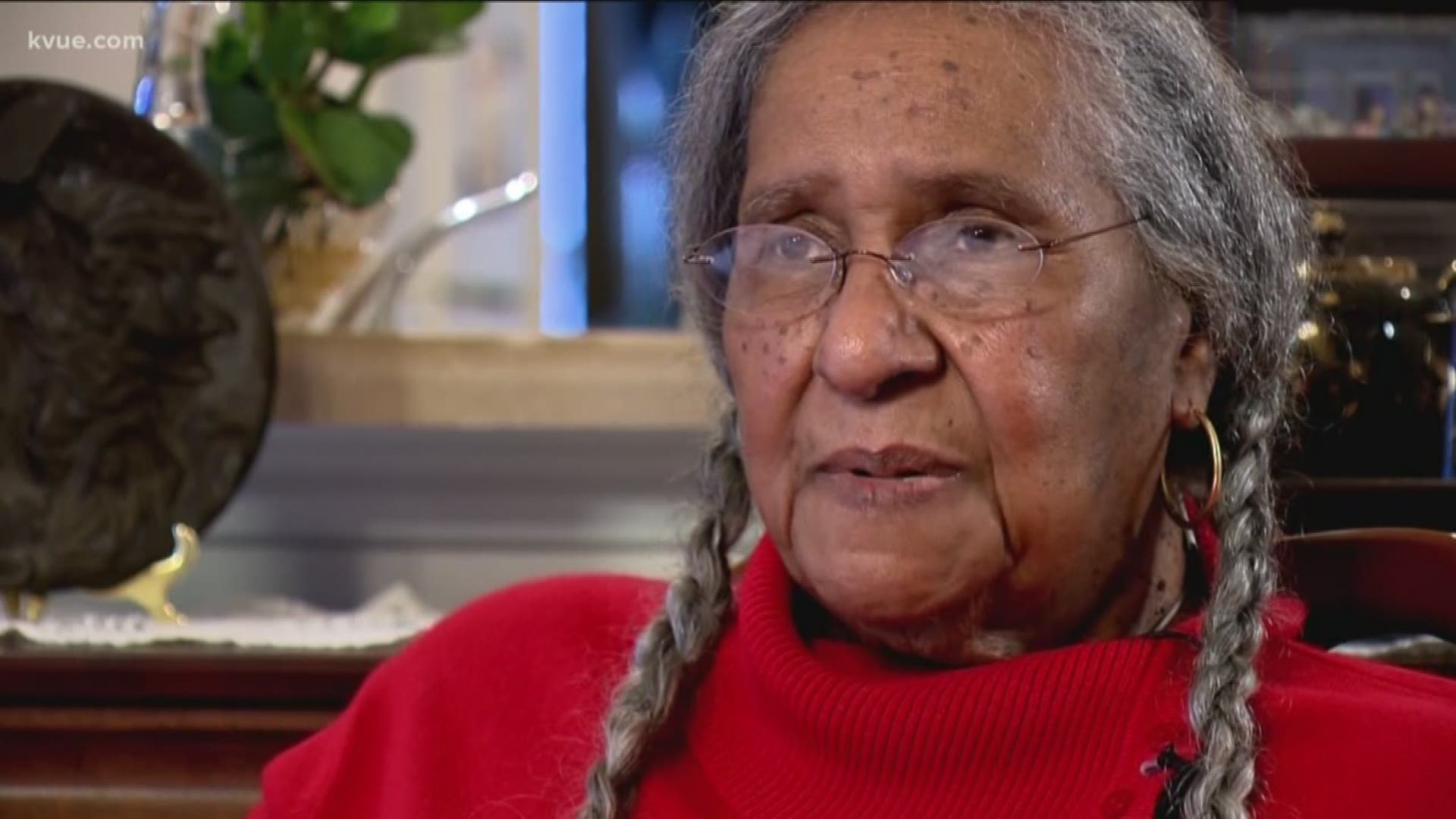 AUSTIN, Texas — “Oh, it's like a high shrill [noise],” Betty Heisser said, giving her best imitation of the sound that's been driving her crazy at all hours of the night.

Heisser is haunted by her own home alarm and it’s making her life difficult.

“Where I'm feeling it a lot is I'm feeling the heart is beating faster than it should, even in my sleep," she said, tearing up. “The anxiety of the whole thing.”

Her nightmare started with a knock. Some guys were going door-to-door selling alarm systems. Heisser said they told her they could cut her a deal if she put their sign in her yard and if she allowed them to use the sensors she already had in her home from a previous alarm system.

The salesmen worked for SafeStreets, an ADT dealer but a separate company that sells and installs ADT alarms. It wasn't long before the system Heisser signed up for seemed to have a mind of its own.

A sensor tripped at her dining room window, but nobody was outside. One went off at the back door – still nothing. And at the front window? You guessed it: nada.

Heisser said it went on and on that way.

“I'm sitting down playing games and all of a sudden, beep," she said.

This was the life she was living.

“A prisoner in my own house because I can't go anywhere for fear of the alarms going off,” she said.

SafeStreets did try to fix the problem on several occasions.

“The week of Christmas, I had the technician here in my house every day,” Heisser said.

But the beeps kept coming back. She said it eventually came to this: “I would have to pay $40 to replace that sensor.”

She refused to pay any more money.

On top of that, Heisser said, when she finally got a copy of her contract with SafeStreets, she was surprised to see it was a three-year deal. Something she said the salesmen in her house never mentioned.

“They hoodwinked me,” she said. “I wouldn't have taken a three-year contract.”

Heisser called to cancel. She was done. But SafeStreets wasn't done with her.

"How do you feel about that?" asked Rush.

"I feel that I was used from the get-go," said Heisser.

Residents at Riverside Townhomes wake up to their vehicles totaled

Rush tried several times to reach SafeStreets and left messages on several numbers, but soon after, Heisser got a call from a SafeStreets district manager.

“He said it had been brought to his attention,” she said. “My contract has been canceled with no charges or anything like that.”

A spokesman emailed Rush confirming the company's change of heart, writing that technicians couldn't fix the problems because of the age of the existing equipment.

"Do you think the KVUE Defenders helped you out and made a difference for you," Rush asked Heisser.

"Yeah, who else?" Heisser said. “Bottom line is you took the bull by the horn and here we are. And I'm eternally grateful.”

Before you buy a security alarm, the Better Business Bureau has some tips you should consider.

If you have an issue you’d like Mike Rush to look into, send him a message on his Facebook or Twitter or email him at mrush@kvue.com.

'Where is Ohio' trends on Twitter, and we have more questions than answers

The Rolling Stones are coming to Austin this year