The appeal says Joshua Jaynes' firing was "disproportionate" when compares to discipline issued to other officers for similar actions. 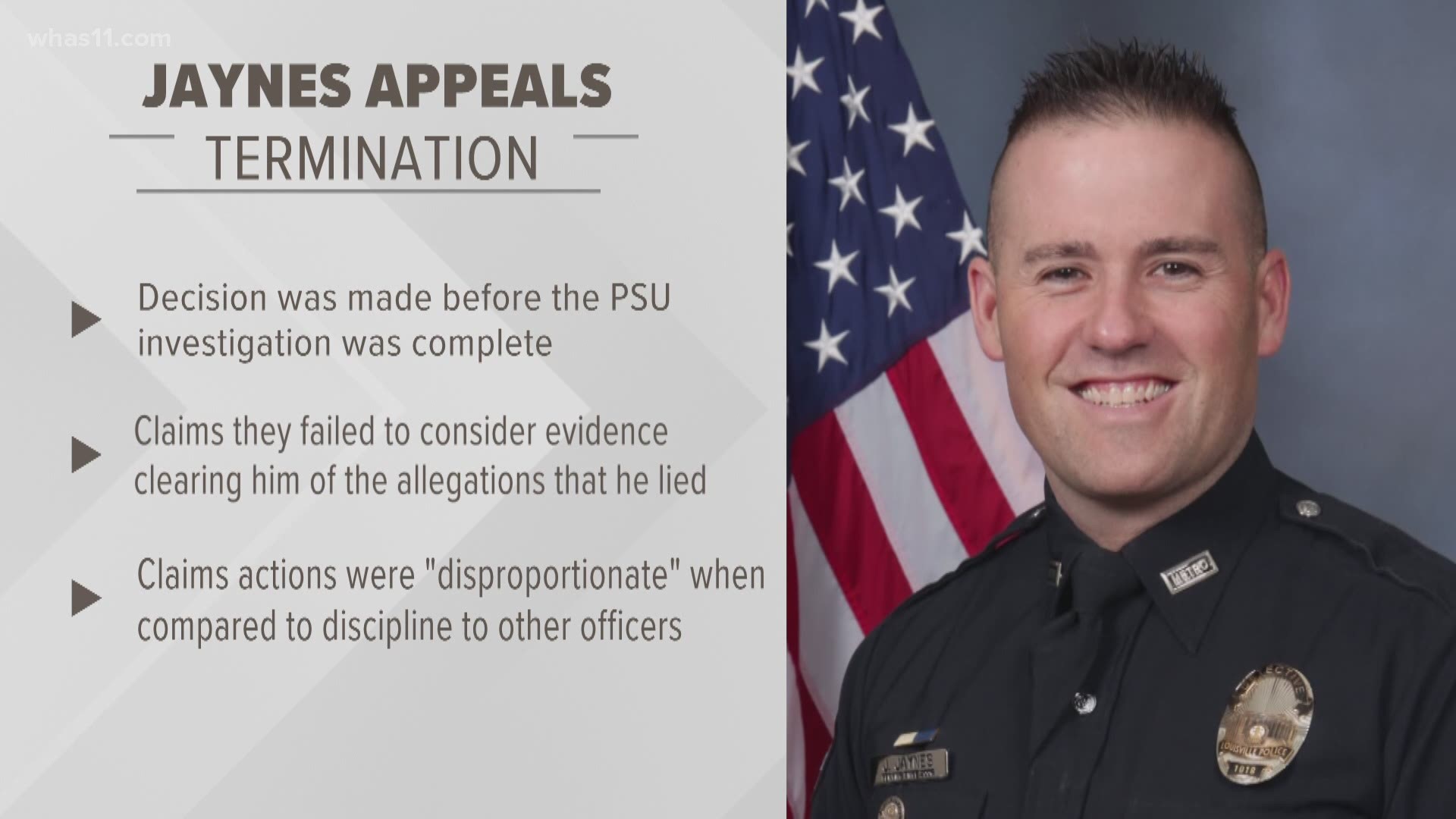 LOUISVILLE, Ky. — Former detective Joshua Jaynes has appealed his termination from LMPD, requesting a review by the Louisville Metro Police Merit Board.

In his appeal, attorney Thomas E. Clay said interim Chief Yvette Gentry made the decision to terminate Jaynes before the Professional Standards Unit investigation was completed — violating his right to due process.

Clay said the decisions to sustain Gentry's allegations that Jaynes violated the department's standard operation procedures for Preparation for Search Warrant Execution and Truthfulness was not "supported by substantial evidence."

In his termination letter, Gentry said Jaynes violated LMPD's standard operating procedure when obtaining a warrant for Taylor's address, saying he failed to complete a Search Warrant Operations Plan form and lied in his affidavit.

Clay said Gentry or the PSU "failed to consider evidence exonerating" him from allegations that he lied.

Additionally, the appeal says Gentry's actions were "disproportionate" when compares to discipline issued to other officers for similar actions.

Former detective Myles Cosgrove's lawyer Scott Miller said they will also appeal his termination. The LMPD Merit Board will schedule a public hearing to review the action set forth in the appeal.

"They'll review the evidence of that case and each side will be able to present testimony and subpoena, witnesses – it will function very much like a trial," River City Fraternal Order of Police President Ryan Nichols said. "Then they'll take everything into account that was presented to them and then they will make their decision."

If the attorneys do not agree with the merit board's decision, they have the option to file an appeal in Jefferson County Circuit Court.

RELATED: 'Your leaders aren't afraid to perform hatchet jobs on you either': Fired LMPD detectives pen letter to officers