Texas still has not used more than half of its available COVID-19 vaccines, per State data

Data from the Texas Department of State Health Services shows as of Tuesday, more than 439,500 people have received the first dose of the COVID-19 vaccine. 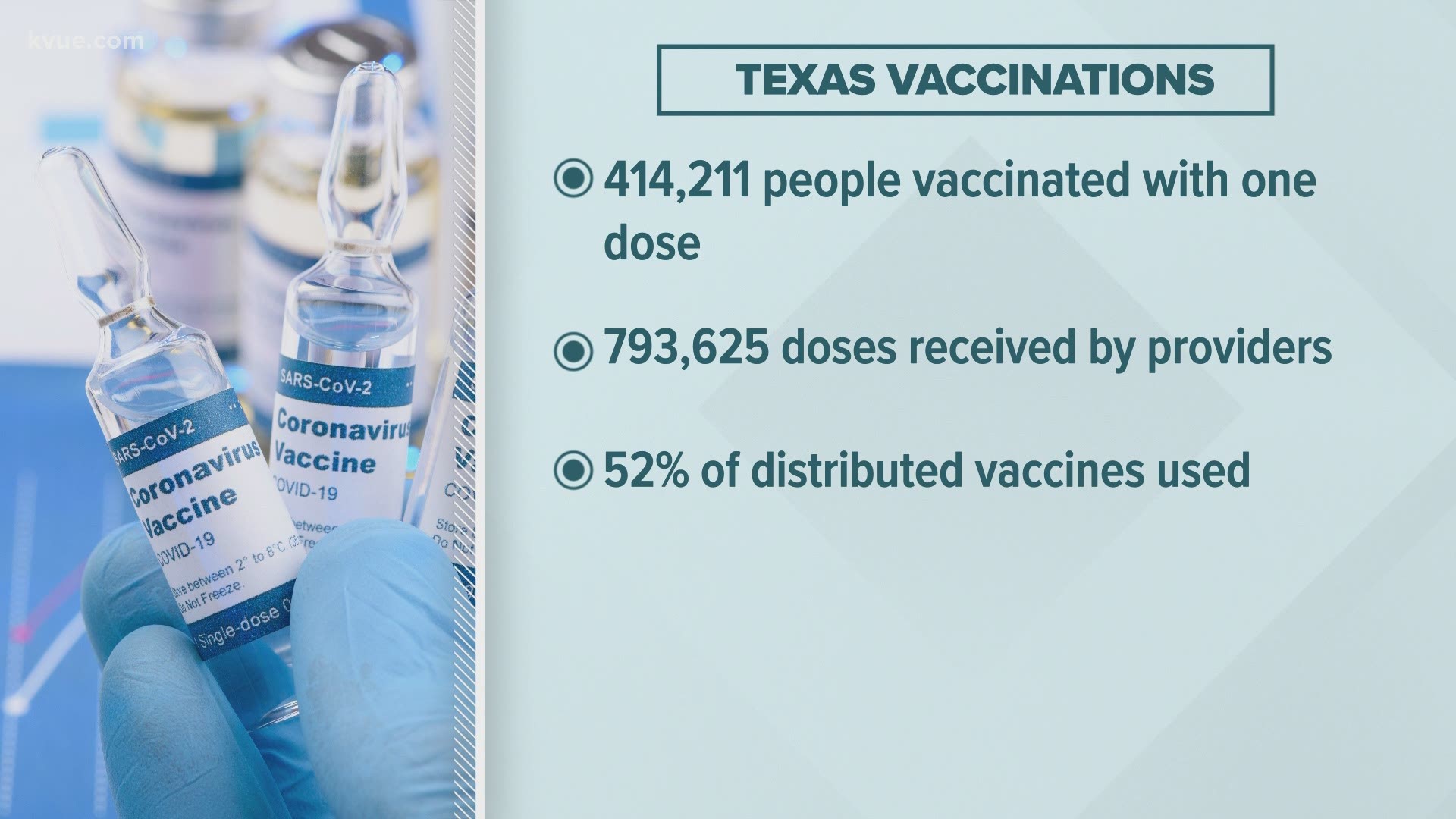 AUSTIN, Texas — Editor's note: Since this story was published on Monday, Texas has moved back down to having used only 33% of its available vaccines. As of Jan. 5, state data suggests 439,502 doses administered out of 1,333,450 doses shipped.

COVID-19 vaccine providers haven’t used more than half of the doses they have on hand, according to State data published on Sunday afternoon.

But a KVUE Defenders analysis showed the state’s vaccination rate was going up, that is until Tuesday.

Data as of Monday, Jan. 4., from the Department of State Health Services showed 414,211 Texans have received the first dose of the coronavirus vaccine, but 793,625 doses of the vaccine have been given to providers.

That means about 52% of the vaccines we had available in Texas have been used so far.

That was a huge improvement for the state, though.

State data on Dec. 21 showed about 19% of the available vaccines had been given to Texans. That number jumped to about 30% last Wednesday.

Some health officials have questioned the reliability and accuracy of the State’s data.

Last week, a spokesperson from DSHS told KVUE there are some problems with the data, which come from providers having problems submitting data, delayed shipments of the vaccine and a lag in accurate data of up to two days.

“We want everyone to know that more vaccine is coming each week and we want to use all of the vaccine in Texas each week,” DSHS spokesperson Lara Anton said in an email. “We’ve directed providers to vaccinate everyone they can in the priority groups so we can reach this goal.”

Several viewers are reaching out to us about running into problems, so we cleared up some information for you.

KVUE broke down what the Texas Department of State Health Services says on its website regarding coronavirus vaccinations: